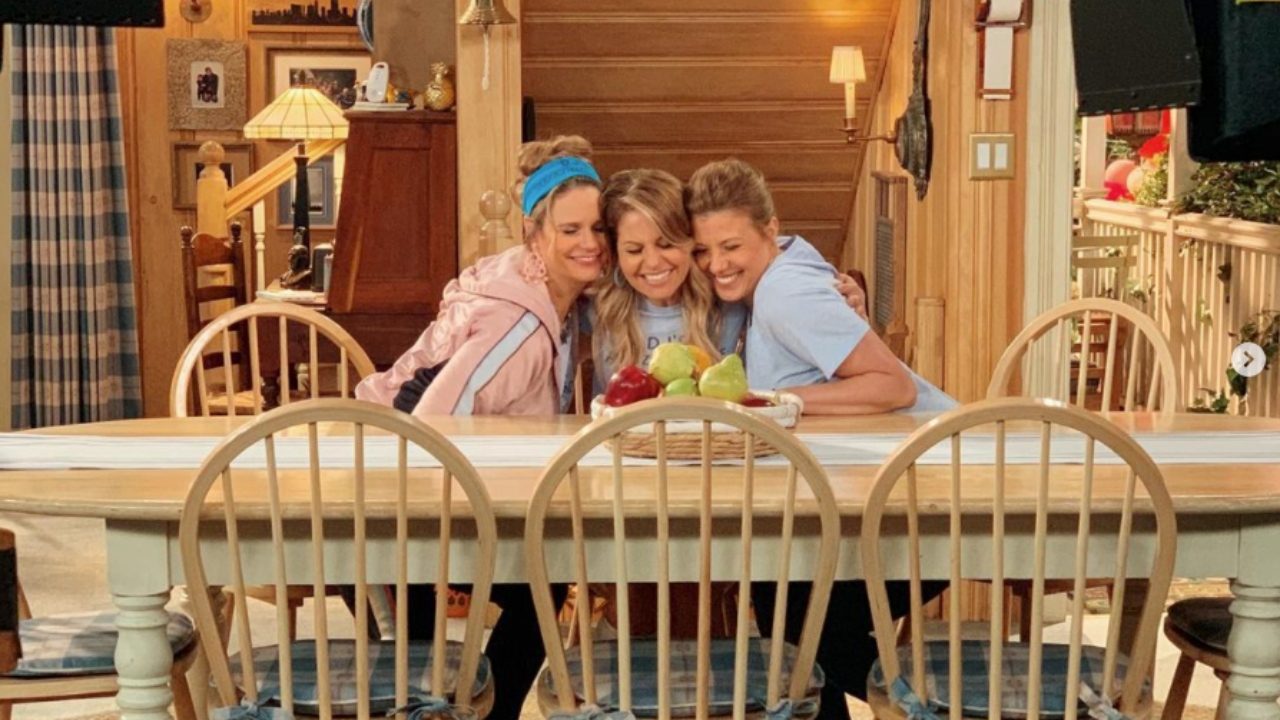 Jodie Sweetin is opening up about her battle with addiction, and how she ultimately overcame it.

The FULL HOUSE star has struggled with drug and alcohol abuse for years before finally getting sober in 2008. She later became certified as a drug and alcohol counselor so she could help others.

“The thing about anxiety is, people think of panic attacks, but there can be a raging screaming voice in your head all the time that you just can’t get quiet,” Sweetin said. “You just don’t want to listen to this voice, and especially when mental health wasn’t talked about, it’s worse.”

Sweetin first heard that maniacal voice when she was 14 at co-star Candace Cameron Bure’s wedding.

“I probably had two bottles of wine, and I was only 14. That first drink gave me the self-confidence I had been searching for my whole life. But that set the pattern of the kind of drinking that I would do,” Sweetin said.

“Having that wiring in your brain, something switches on when you’re an alcoholic,” she continued. “It feels like there is never enough. I can’t ever fill this hole because there is a bottom missing in the cup, and I just keep trying to fill it.”

Sweetin spiraled, admitting in her book that she spent more than $60,000 on drugs like ecstasy, crystal meth and cocaine from 2006-2007. Sweetin continued to suffer until 2008 when Child Services opened an investigation after she admitted to driving under the influence with her daughter in the vehicle.

Sweetin had a choice: Kick the habit and raise her daughters or give up her children in favor of drugs or alcohol.

Sweetin ultimately chose her family, but says she still struggled with her mental health.

“I just stopped eating,” Sweetin says of her pandemic-induced anxiety. “I couldn’t keep food down. I’ll be really honest about it; the pandemic was not good for me. I have severe anxiety and depression anyway, so it really didn’t do any favors for my mental health. I really struggled with it and for me it was a time of feeling really out of control and again I can’t imagine how it affected people who were working on the front lines.”

Sweetin began to take note of how other people were affected by the isolation and saw more and more friends open up about their mental struggles.

“I think that is something I’m really grateful for now, is the de-stigmatization of talking about mental health. That was my whole journey through sobriety,” she says.

Sweetin works every day to maintain her sobriety and keep herself mentally healthy. She recognizes that there is no quick fix, but that it’s an ongoing process.

“A lot of it is really looking at yourself and what are the things that I do, or behaviors that I’m trying to use to cope with my life?” the actress said. “How do I do this better? How do I interact with people better? How do I hold myself to a higher standard? How do I go back and make some of those things right so that I can alleviate that shame and terror that comes with all of it? Then, how do I go about life, not creating those situations for myself in the future? That is a huge part of it.”

Sweetin continued: “It’s a story with a message of second chances and turning things around and being able to overcome some adversity.”