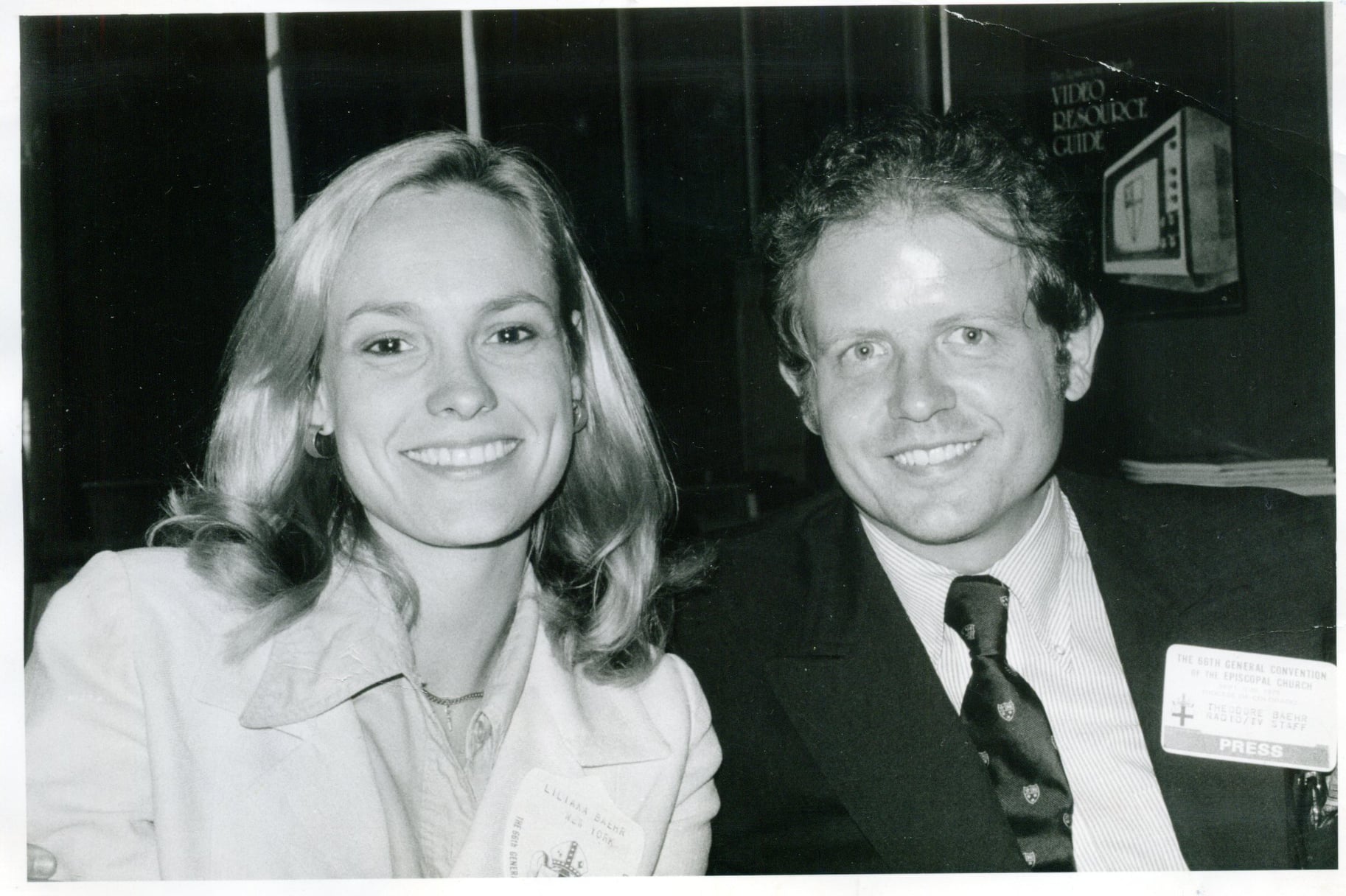 Most of you know that God miraculously brought Lili and me together. This benefited me greatly, and certainly it is for the benefit of our children and grandchildren whom Lili says are practically perfect.

Lili hates when I tell my salacious story, so I’ll try to avoid it.

In the midst of being extremely worldly, as I was leaving New York to produce or try to produce a movie script that the head of Paramount wanted to buy from me for a good price, with my friend Peter Graves, I had a dream about sitting in the back of a spacious car driving across some flat lands talking to this incredible woman who was not my girlfriend, nor my previous or even the type of my girlfriends I’d had. When Peter and I took our production hopes to San Francisco I had the dream again at Peter’s mother’s house.  Then, in Los Angeles weeks later, I had the same dream; then, in Santa Fe a few months later.  Every time I had it, I would tell everybody.

Finally in Houston, months later, I was dating a young lady whose father owned an architectural firm who was famous for projects like the Galleria. One day, Peter told me “I met the girl of your dreams” at the architectural firm. I cold called Lili, and she returned the call because she thought Teddy Baehr was a close friend making a joke. So, I got her a date with Peter that night who was tall and handsome. When we started talking it was so intense that we continued over to lunch the next day at a place called Tree House, where we talked for a few hours.  A week Lili and I were driving from San Antonio, and it was the scene from my dream.

Slowly making my way back to New York, I met people like my cousin who was studying theology at the Columbia Theological Seminary in Atlanta who informed me about Jesus, and we had long talks which seemed to confirm that God was in control in every detail of life.  I came to Jesus Christ months later because of the influence of four friends of my father who had come to Jesus Christ through the NY Billy Graham crusade.

Finally in New York, I talked Lili into visiting, or maybe she just wanted to come up to visit; and then, we were an item.

Lili as you probably know is beautiful, brilliant and strong willed.  We studied acting with Lee Strasberg who made us dig up our deepest emotions.  At one point in digging up our deepest emotions, Lili got upset with me and threw my dinner out of our duplex kitchen window onto the roof of the building that was probably the bar underneath. When she started to leave, I tried to stop her, and we fell down a flight of stairs or more.  I always accuse her of pushing me down, but she has a different version, and I must admit ninety percent of the time she’s right.

Finally, after many ups and downs while Lili was practicing architecture doing the first conversion of a New York skyscraper into condominiums and working as a location manager, as well as assistant producer for a very weird crazy Italian film involving the mafia which has become a cult favorite on the internet, she agreed to get married.

Our first marriage ceremony was very secular. I had accepted Jesus as my Lord and savior just a week before.  In spite of my many years of anti-Christian behavior and attitude, we decided that this marriage wasn’t Christian enough, so we had three ministers marry us in Houston at the parochial school where she attended high school, and then we had a big bash at the River Oaks Country Club.

Again, every step seemed to be engineered not by us, but by God. For instance, when we were scouting the production of a mini-series for ABC Television in the Yucatan, one of the board members of the Museum of Mexico, who knew Lili’s family, Joaquin Cortina, was giving us a personal intensive tour of the pyramids and cities of the Mayans. After staying with a friend in Merida, Mexico, we started to drive through Belize to Tikal, Guatemala, but at the border, the Mexican border guards said that our rental car could not leave Mexico. To get written permission, they told us we had to speak to the chief of the border guards in the border town of several hundred thousand people on a Sunday when she was at home with her family.  Since they would not tell us where she lived because they were hoping we would not get permission, we drove directed by God alone for an hour into the town, and then up a hill, then turned right on a residential street, stopped in front of a house where God was telling us she lived. I knocked on the door and the woman who was the head of the border guards answered and gave us permission

And, the miracles kept happening.

When we decided to have a child Lili had a couple of miscarriages. Her doctor told her she was #4 on a pap smear test.  I prayed all night, and she was healed. On January 1, 1980, when Lili turned everything over to Jesus Christ, our family started.

Lili has many stories about our incredible life together.

Years later when we were moving to Los Angeles, which Lili didn’t want to do, she prayed we could buy a house near Hollywood in Camarillo because of the schools, but even though it was January, she prayed that we wouldn’t have to take possession of it until September so that we could sell our house and then pay for the new one. It seemed impossible to find a seller in Camarillo and a buyer in Atlanta who would wait eight months to meet our time frame, but that’s exactly what happened.

Later, when the movers came, we weren’t ready. Miraculously, our friends showed up and help us move. The moving company wanted to leave. If we had to reschedule, it would take a week and cost a lot, but our friends talked to the movers, so the movers stayed and eventually prayed with us.

At one point in Camarillo, California, Lili called and said that we could not pay our staff for the first time. We decided to pray with Lili leading the prayer. Soon thereafter, our office in Atlanta called to say we had received a seven-figure anonymous donation. I tried to find out who donated and could not do so. It was another miracle.

It seemed like everything in our life was anointed, but that doesn’t mean our life wasn’t intense.  Lili and I did everything for the ministry, which now it takes several people to do. Since I was speaking and teaching and doing a lot of interviews, I assumed she was doing most of the brilliant work.

I could tell many more miracles, but the greatest one was God bringing us together.  The whole time was so unique and so wonderful and so intense that it sounds like a script for a big budget movie, but it was not a script, it was real life.  It was so real that now we have four wonderful children and fifteen grandchildren with more to come.

I credit Lili with more of an influence, more wisdom, more knowledge, and more beauty than anyone could possibly imagine, and who is the miracle that you see.

Her whole life is a gift from God that deserves to be celebrated.