The Parent’s Television Council (PTC) is calling out Hollywood for marketing explicit content to children.

“Instead of children just being collateral damage in the way of whatever explicit content they want to deliver to adults, Hollywood now seems to be directly marketing some of the most explicit stuff to children.” He continued, “It has never been more difficult as a parent to monitor your children’s media consumption then right now, today.”

Last summer, the Federal Communication Commission released a report that solidified the PTC’s concern about the rating system, which is outdated and doesn’t account for streaming services.

“FCC publicly confirmed what the PTC has been saying for years about the TV content rating system and its inaccuracies, inconsistencies and lack of oversight in really serving the needs of parents as opposed to protecting the financial interests of Hollywood.”

Movieguide® has long said the rating system is flawed and that standards are a better way to hold Hollywood accountable for the content they produce.

Just last year, Movieguide® reported how the PTC called on the CW to depict less violence in their comic-based shows like ARROW, RIVERDALE and BLACK LIGHTNING.

While some of this information may be overwhelming to parents looking for wholesome content for their families, fear not.

Each year, Movieguide® releases its annual report to the entertainment industry showing that family and faith-based content makes more money at the box office.

According to the 2019 Movieguide® Report to the Entertainment Industry, the percentage of movies with at least some positive Christian, biblical, and/or moral content increased overall from an average of 18.27% in 1991 to an average of 74.91% in 2018.

In November of 2018, Movieguide® reported that the Motion Pictures Association of America (MPAA) released a “50th Anniversary Report,” which included a section on what parents are concerned about most.

The results indicated that parents don’t want their children seeing sex, nudity or violence on the big screen. 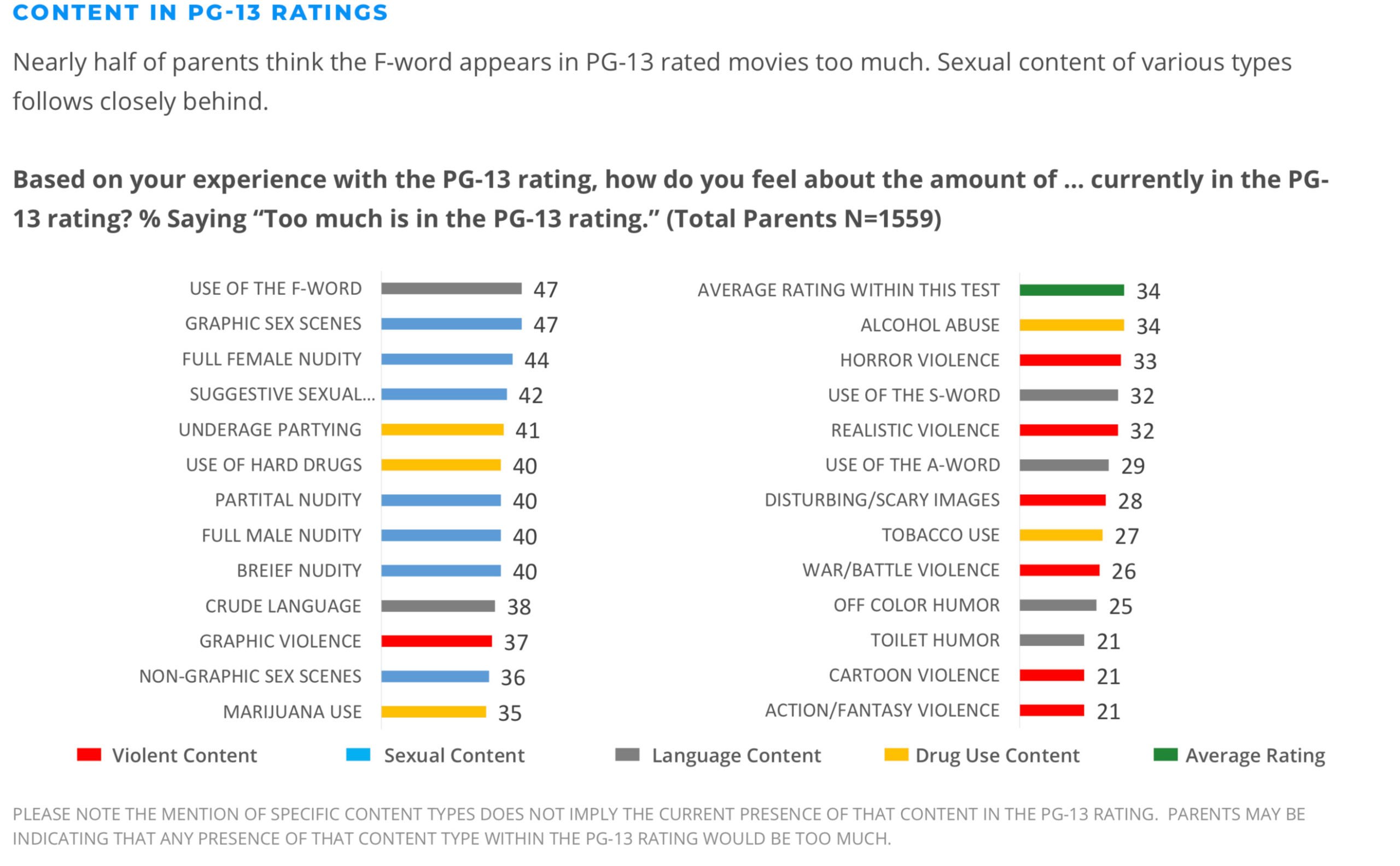 Finally, Movieguide® wants parents to know that we are the best source for helping you decide what movies to take your family to and what DVDs you should purchase. We also have many media-wise resources to equip parents with the right tools to make more informed decisions for their families.