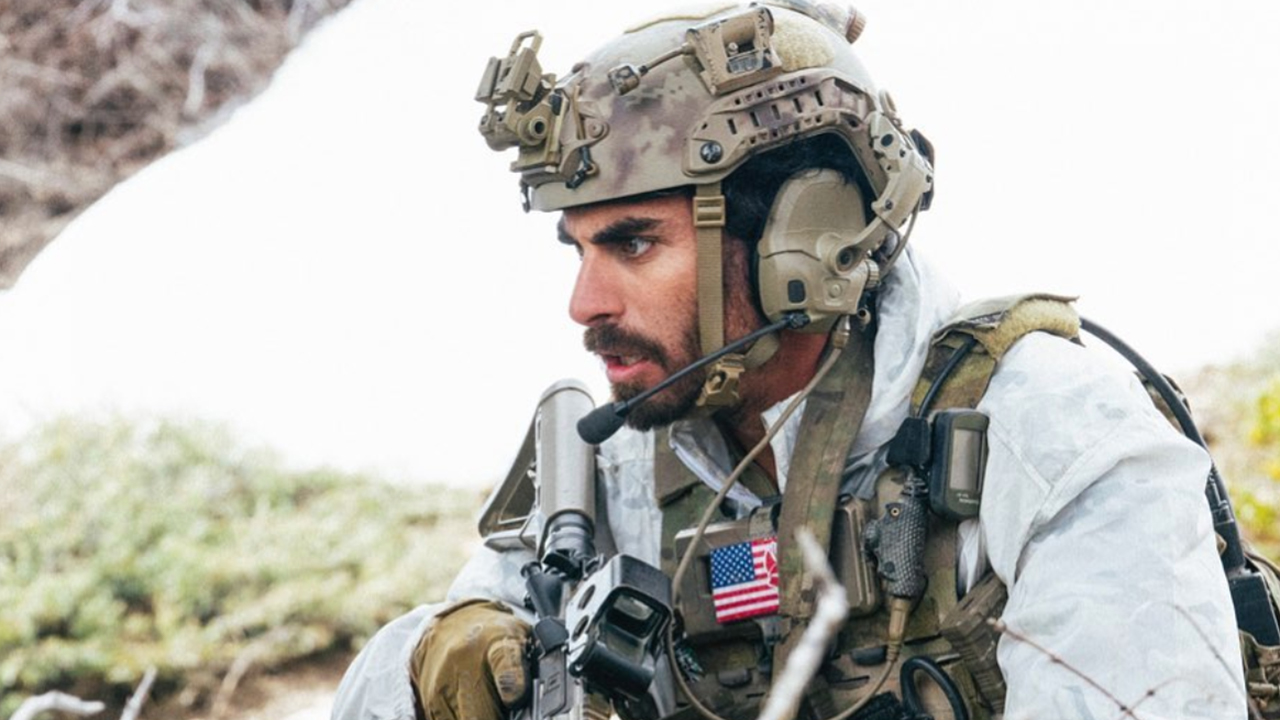 According to Deadline, the accident was unrelated to the CBS show. Reportedly, Melnick went to the hospital after he fell 15 to 20 feet while fast-roping down from a helicopter. Fortunately, Melnick suffered no severe injuries and is recovering in his home.

Melnick originally joined SEAL TEAM as the K-9 handler for his dog, Dita. Dita is a Belgian Malinois who plays a K-9 dog on SEAL TEAM, according to Deadline. The show later hired him as a recurring actor.

Variety reported that the helicopter stunt involved a K-9, who was also injured in the accident. However, the dog is recovering and said to be in good condition.

In 2018, Melnick told Variety: “Dog trainers have this saying that ‘Your emotion runs up and down the leash,’ so she can feel what you’re thinking just conducted through the leash. It’s just a bond. I’ve never had anything in my life like it.”

Blue Cloud Movie Ranch is 250 acres of land featured in several movies and television series, such as IRON MAN and AMERICAN SNIPER, to double as Middle East landscapes.

According to a recent Movieguide® review of SEAL TEAM:

The third-season “Rules of Engagement” episode of the SEAL TEAM series on CBS-TV is a dramatic episode with personal and international significance. The episode opens with Jason Hayes, the leader of Bravo Team, still suffering from PTSD. He has a nightmare one night. Natalie, Jason’s girlfriend, comforts him, but he doesn’t want to discuss the details. Jason and Bravo Team are ordered to Niger to protect an important dam and some American engineers from an immanent Islamic terrorist attack. The attack is being led by a Russian operative. Before they go, several team members undergo their own personal challenges.

“Rules of Engagement” is a dramatic, thrilling, patriotic SEAL TEAM episode. It honors the service and sacrifice American soldiers make while serving their country and making the world a safer place. The episode opposes the chaos and evil that bad groups like Radical Muslim Terrorists, Russia and Communist China spread overseas. “Rules of Engagement” contains brief foul language and lots of action violence during the battle at the dam in Niger. So, MOVIEGUIDE® advises caution for older children for this SEAL TEAM episode.