Should Almost All Movies About Jesus Have a Disclaimer? 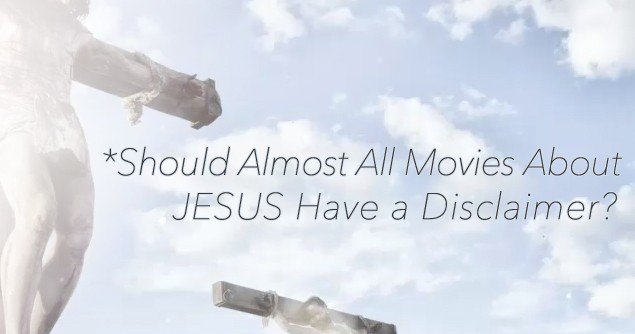 Should Almost All Movies About Jesus Have a Disclaimer?

There are many movies about Jesus since the 1890s. Only one has been word for word. All the others create story elements not found in the Bible.

So, THE JESUS FILM, which has been seen by a billion people, is 70 percent the Gospel of Luke. The rest was added to make the movie dramatic. When the movie was produced, I had long conversations with the filmmaker, John Heyman, about how to dramatize the Gospel while keeping the orthodox, biblical theology.

Should THE JESUS FILM have a disclaimer that a significant portion of this movie is not in the Bible?

Or, consider Mel Gibson’s THE PASSION OF THE CHRIST, which is based on a vision from a Catholic nun in the 19th Century.

Should THE PASSION OF THE CHRIST have a disclaimer?

JESUS OF NAZARETH veers even further away from Scripture.

Should JESUS OF NAZARETH have a disclaimer?

Even if a movie is word for word, like THE GOSPEL OF JOHN, the casting, the set direction, the locations, are all products of the filmmaker’s imagination. For instance, did Jesus have blond hair and blue eyes, dark skin, light skin, long hair, short hair? None of these movies are totally accurate in representing Jesus, His apostles or the world of Israel at that time.

Should they all have disclaimers?

When preachers preach, they embellish. They accentuate. They emphasize.

Should preachers open with a disclaimer?

Of course, this sounds foolish. What people really need to look for, therefore, when they approach a movie, a television program, a book, a work of art, or a sermon is, does it cohere to a creedal, biblical theology and view of God, reality, humanity, sin, and/or salvation? If it does, then it can bless people. If it does not, then it can lead people astray.

Once upon a time, Augustine debated the Donatists, who were hyper-legalists. The Donatists thought if the person did anything wrong, they could no longer be part of the church. Augustine rightly pointed out it is God who transforms, who renews, who revives, and who forgives, not fallen man. As the Apostle Paul points out in Romans 3:10, quoting Psalm 14:1-3, “No man is righteous, not even one.”

By the way, the Donatists so undermined the churches in the most Christian area of the world at that time that Islam swept through the area in one generation!

So, the problem is, people are focused on the creation, including the filmmaker, not the Creator, who is God alone.

We must, therefore, discern the Creator, choose the good, and learn from the sermons, the movies, the books, and the articles that strive for biblical, creedal truth.