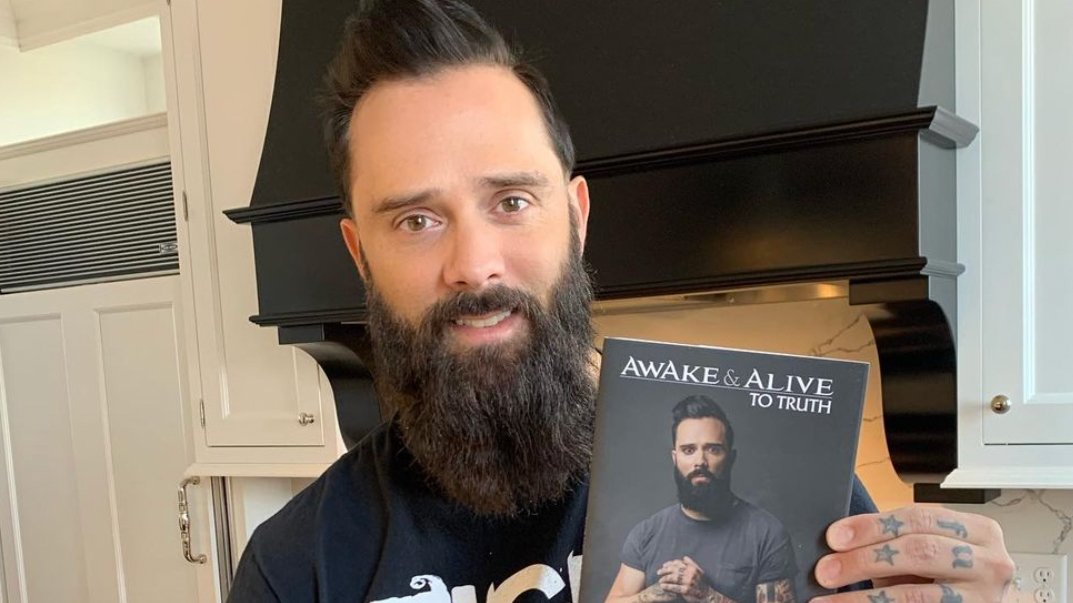 The book highlights Cooper’s testimony and one particular event that changed the 46-year-old’s life forever.

“After a gig, we were on tour with some mainstream acts — very popular acts. We were opening,” Cooper told Focus on the Family. “And we were just beginning to kind of hit a little bit [in fame]. This guy, in his defense, he was being very nice. … And he pulled me aside, and he said, ‘John, I want to tell you this because no one else is going to tell you. You guys, I believe, could be the biggest band in the world. … You guys have the look, you’ve got the sound, you’ve got girls in your band. … And you guys also sing about very spiritual things.’… And he’s saying, people really want spiritual music, and ‘you’ve already got it, you’ve been doing it.’

“And he said, ‘So it’s your time. But you have got to disassociate from Christianity. You’ve got to stop talking about Jesus so much. … Don’t do Christian interviews. Don’t do Christian music festivals. If people ask you what your songs are about, I’m not telling you to lie. Just don’t offer up the information about Jesus,'” he continued.

Cooper said that the man doubled down on his affirmation that Skillet would see more success if they were to stop talking about Jesus.

“I went to the bus. I told my wife about the conversation. We prayed about it. And it was … almost instantaneous. I know that that is not the Lord. He was trying … to get me to be quiet, and it had the opposite effect,” he added.

Cooper’s decision to continue to spread the Good News about Jesus, on and off the stage, never hindered the band’s success as the man had suggested it would. Instead, Skillet was nominated for a Grammy Award and became a multi-platinum band.

Cooper continues to be outspoken about his faith on his YouTube channel, where he shares his perspective on various popular events.

In August, Cooper expressed his concern over subjective truth.

“We need to be extremely vigilant about the Word of God,” Cooper said on a podcast. “We need to be extremely vigilant about what the Bible says because if we are not, then we will begin to read the Bible with that same sort of relativism. And when you do that, you’re not starting from a premise that the Word of God is absolute, that God’s Word is supreme.”

“What happens in relativism is you say, ‘No, I am supreme. My feelings are supreme. My experience is the brain. I can find truth in my heart,'” Cooper added. “Then I look through that filter at the Word of God, and then I shape the Word of God to meet my needs. So we need to be extremely vigilant about this because it is wrecking Christianity.”