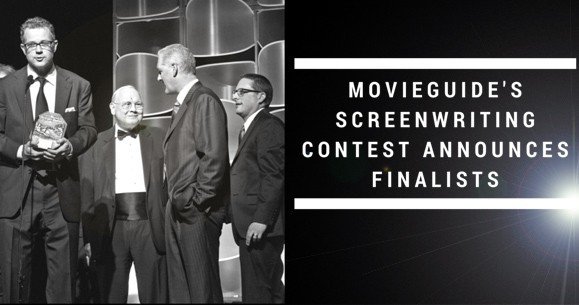 Dr. Ted Baehr, founder of Movieguide®:  The Family Guide to Movies and Entertainment, announced 10 finalists for the Second Annual Chronos Prize for Inspiring Screenplays by Established Filmmakers. Awarding $50,000, the Chronos Prize is the largest cash prize for any competition of its kind in the U.S.

The winner of the $50,000 Chronos Prize will be announced Feb. 6 at the Universal Hilton Hotel at the 23rd Annual Faith & Values Awards and Report to the Entertainment Industry, which will be televised Sat., Feb. 21 on the REELZChannel.

Supported by a grant from the John Templeton Foundation, the Chronos Prize is designed to encourage professional and established writers to create stories that are compelling, entertaining, inspiring, spiritually uplifting, and increase man’s love or understanding of God.

“We are incredibly honored to recognize, in a significant way, the important contributions of established filmmakers in bringing family and faith centered stories to worldwide audiences,” Dr. Baehr said. “We are excited and hopeful that this well deserved recognition will be a vital tool in reshaping the future of the film and television industries.”

This year’s finalists are (in alphabetical order):

Brian Baugh of Lake Balboa, CA for A SEASON OF SOUL

Romeo Ciolfi of Toronto, CAN for WHO IS MOLLY STEELE?

Justin Eade of New Zealand for THE WORLD’S TOUGHEST MAN

Randall Hahn of Miami, FL for ON THE SPARROW

Charles Eric Johnson of Los Angeles, CA for ANGEL AND THE BABY

Cheryl McKay of Burbank, CA for SONG OF SPRINGHILL

Herschel Weingrod of Los Angeles, CA for THE PROMISED LAND

Begun in 2014, the Chronos Prize is designed to help established filmmakers who have made successful faith-friendly and faith-based movies and television programs and screenplays. It intends to reward successful established filmmakers who endeavor to create stories that are compelling, entertaining, inspiring, spiritually uplifting, and increase man’s love or understanding of God.