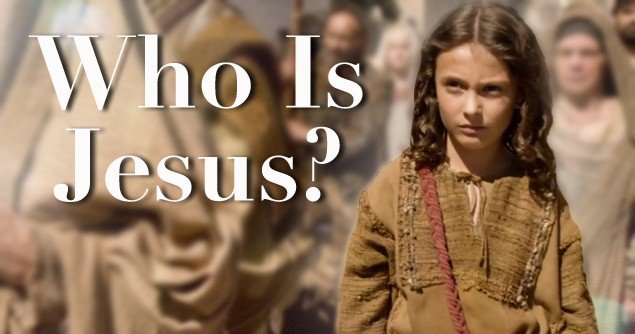 The debate over who is Jesus started in the very earliest years after his death and resurrection. One of the big issues is how could he possibly be fully God and fully man. If fully God, then he is omniscient, omnipresent and omnipotent. If fully man, then he suffers pain, hunger and even fear.

The good news of the Gospel as resolved by the Council of Nicaea is that Jesus Christ is both fully God and fully man. Scripture supports this “both/and.”

Philippians 2:5-11 answers this in a very direct way by saying that, although Jesus was fully God he took upon himself and humbled himself to be fully man so he could be the sacrifice once given for our sins.

These issues are resolved in the wonderful movie THE YOUNG MESSIAH in complete coherence with the Bible and the church and, in particular, the Nicene Creed.

By moving away from a historical Jesus movie, toward an allegorical Christ movie, the movie reveals to people who don’t know the story the very essence of being fully God and fully man and also the essence of the revelation of Jesus and all its ramifications.

Since the 1890s (and before that in literature), representations of Jesus can tend toward history as in a Jesus movie or fantasy, as in JESUS CHRIST SUPERSTAR where Jesus sings, or GODSPELL, which portrays Christ as part of a singing troupe of street clowns and mimes. In contrast to Jesus figures, Christ figures are often either redeemers or saviors. The redeemer figure represents Jesus taking on human burdens and sinfulness in suffering and even death. Movies may also portray Jesus Christ Himself as teacher, wonder worker, all-powerful Creator, monk, human, or Risen Lord.

All of this is acceptable if the Christology is orthodox (which merely means right doctrine). An orthodox Christology requires at least:

– A real ontology (which means that reality is real, not just a great thought or something else)

– A real soteriology (which means that Jesus really saved us)

– A real divinity (Jesus Christ is “very God of very God,” which is how the Council of Nicea resolved the Homoousian conflict that Jesus was of the same essence, or substance, as God the Father, and so there is only one God)

– A real incarnational theology (Jesus Christ was “fully God and fully Man,” which resolves the Gnostic and Arian heresies that Jesus was only one or the other)

– A real history (Jesus Christ’s death and resurrection were actual events in history; thus, they are more than historical, but not less than historical)

– A real morality (Jesus died once for the sins of all)

To see the rest of the story, see THE YOUNG MESSIAH. And read the full review here.