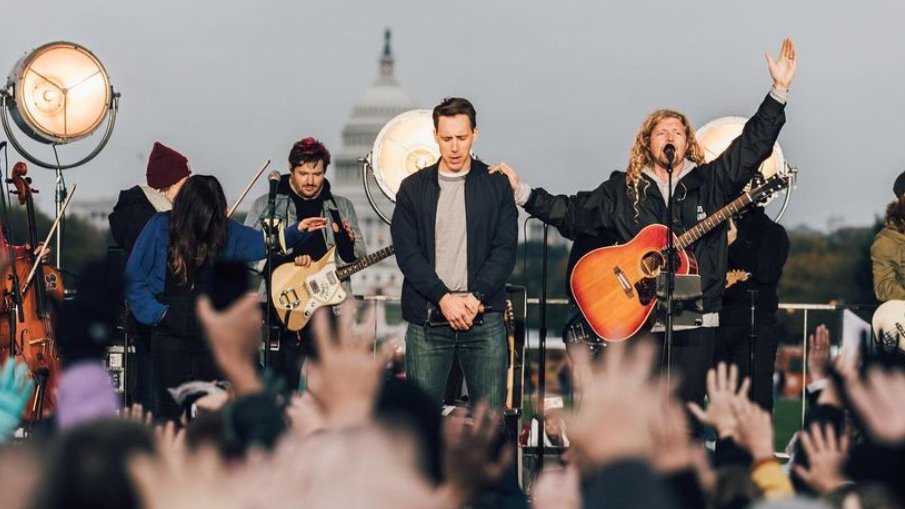 Worship leader Sean Feucht, who received backlash after leading the “Let Us Worship” tour despite COVID-19 restrictions last year, announced a gathering at the U.S. Capitol on Sept. 11.

Feucht said that he planned the event, called the “Day of Prayer for America,” for Oct., but that God had different plans.

“I didn’t want this day. When I asked the National Park Service for a permit just like we did last year, I wanted a date in October,” Feucht told CBN. “They came back to me and said, ‘Actually we can’t give you a date in October, the only dates we have available are September 11 and 12.’ And I knew in that moment this was a total God setup.”

“I just feel like we’re in the middle of a leadership crisis in America … I think everyone would understand that,” he added. “I think having the former president give an address where he calls America to pray, honor the fallen, honor the military which I don’t feel like has been done in a great way from this current administration. We need somebody of that caliber, of that level to call America to pray, but also to give us some reassurance that we’re not in this thing alone.”

Feucht said that he invited the last four U.S. Presidents and hinted at a possible video attendance from former President Donald Trump.

Last year, over 35,000 people gathered on the lawn of the National Mall to pray and worship God.

Despite the adverse reactions to his “Let Us Worship” tour, Feucht said that he trusts that God is in complete control.

“Anytime you’re going after something of the Kingdom, you’re going to get resistance. I’ve just begun to realize that resistance almost proves that what you’re doing is something in the heart of God,” Feucht said. “Nobody in revival history or in the Bible that tried to do anything great for God didn’t experience some form of tense resistance. We have to keep going until we see every promise of God fulfilled over our nation and the nations of this season.”

Read Also: Jon Voight and Sean Feucht Call Americans to Stand Up For Their Freedoms