CHRISTMAS WITH A PRINCE: BECOMING ROYAL

"Loving Others Is Part of Christmas" 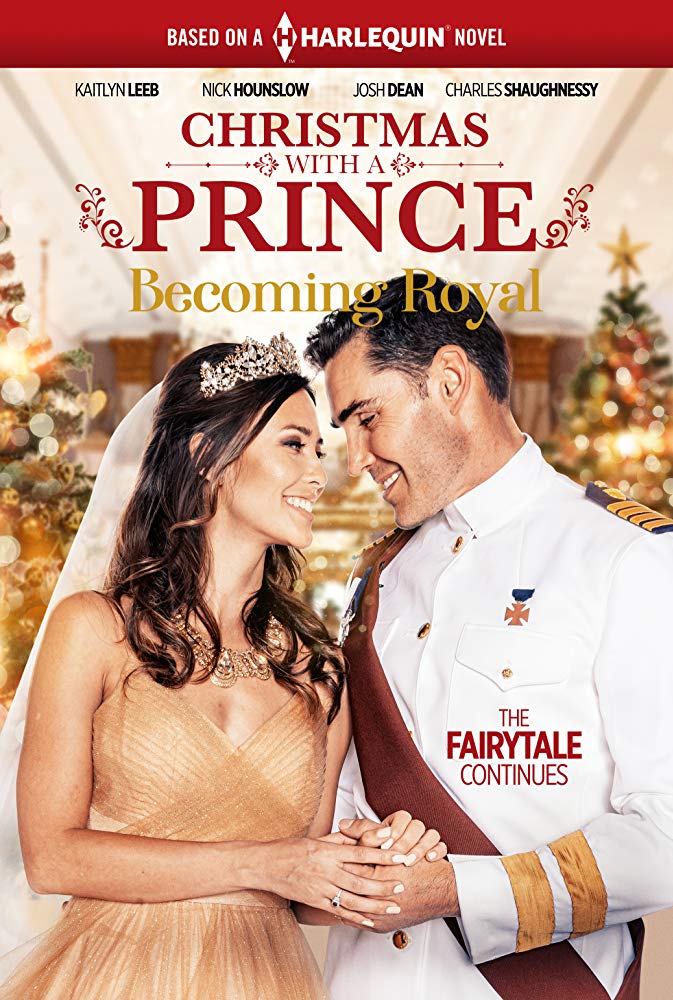 CHRISTMAS WITH A PRINCE: BECOMING ROYAL is a romance about a couple from two different worlds who try not to let anything come between them, but their love gets tested. Prince Alexander, from the fictional country of St. Savarre, proposes to an American doctor, Natasha Miller. The romance between the Prince and the doctor seems perfect, but there is one complication. Miranda, the princess from another country about to sign a treaty with the Prince’s father, tries to do everything she can to separate the happy couple. Will their love survive?

A sequel, BECOMING ROYAL is a very inspirational movie where all the characters except one have positive attributes. They display kindness, loyalty, honesty, and love, even when the villain tries to ruin them. The movie also stresses the importance of having a supportive family. Although BECOMING ROYAL is very clean and family friendly, there’s one scene where Prince Alexander goes to a church to introduce Natasha to his dead mother and brother, which seems strange. Otherwise, however, CHRISTMAS WITH A PRINCE: BECOMING ROYAL has a strong, uplifting Christian, moral worldview.

(CC, BB, FR, N, A, M):
Dominant Worldview and Other Worldview Content/Elements:
Strong Christian, moral worldview extols Christmas and has many positive messages about loving family and people, being honest, doing the right thing, generosity, and taking your responsibilities seriously, and a couple walks into a church a few times and are wed at the same church, but the man introduces his bride to his dead mother and brother there, which seems a little strange
Foul Language:
No foul language
Violence:
No violence
Sex:
No sex, but several kisses
Nudity:
Upper male nudity
Alcohol Use:
A glass of wine is shown once
Smoking and/or Drug Use and Abuse:
No smoking or drug use;
Miscellaneous Immorality:
A few instances of lying and threatening, but both are rebuked.

CHRISTMAS WITH A PRINCE: BECOMING ROYAL is a romantic drama on UP TV about an female American doctor in love with a European prince who encounter problems when another country’s princess tries to sabotage their relationship and possible marriage. BECOMING ROYAL is a feel-good Christmas movie with many positive moral, redemptive messages and will work its way into viewers’ hearts during the Christmas season.

A sequel to CHRISTMAS WITH A PRINCE, BECOMING ROYAL is about a Prince, Alexander, in the fictional country of St. Savarre, who proposes to an American doctor, Natasha Miller, that he fell in love with while he was in America. The romance between the Prince and the doctor seems perfect, but there is one complication. St. Savare is on the verge of forging an alliance with the country of Vandalien, and the Princess of that country, Miranda, believes Alexander’s supposed to marry her instead of Natasha. Miranda is very upset about the engagement between Alexander and Natasha, and she does everything she can to break off their engagement.

Miranda photoshops pictures she had taken of the Prince at a hotel room, and she pastes herself into them. She uses the photos as a means to blackmail the Prince into marrying her. She lies and says that the Prince confessed his love to her and then tossed her aside for another woman. Miranda’s mother, Olivia, doesn’t know the real truth and sides with her daughter. They both refuse to sign the treaty with King Edward and Prince Alexander unless the Prince agrees to marry Miranda.

There’s a lot of talk in this movie about whether love or duty is more important. Natasha is loyal to her patients, and Alexander is loyal to his country. Natasha especially believes that the needs of the many far outweigh the needs of one, but Alexander remains on the fence. Natasha finds out St. Savarre relies on medical equipment from Vandalien. So, if there’s no alliance between the two countries, Prince Alexander’s country won’t get any supplies. Natasha is willing to break off her engagement in order to save the people of the country. However, Prince Alexander has a different view of love than Natasha does. He doesn’t feel like he can marry Miranda for the good of the country because he only loves Natasha. Both Prince Alexander and Natasha are following what they believe.

Natasha and Prince Alexander aren’t the only ones with admirable characteristics. Miranda’s mother, Olivia, is actually very kind, honorable and generous. Olivia is disappointed in her daughter when she finds out about the affair, but even more disappointed when she discovers Miranda altered the photos and tried to sabotage Prince Alexander and Natasha’s relationship. Olivia has a great sense of morality. Olivia is also very kind and generous. She offers to fly in Natasha’s mom before she finds out that she’s no longer alive, and she tells Natasha that she will buy her wedding dress.

CHRISTMAS WITH A PRINCE: BECOMING ROYAL is a very inspirational movie where all the characters except one have positive attributes. They display kindness, loyalty, honesty, and love, even when the villain tries to ruin them. They also stress the importance of having a supportive family. Thus, Natasha is close to her brother, and Prince Alexander has a great relationship with his father. The movie has hardly any objectionable content and is appropriate for all ages.

Although BECOMING ROYAL is very clean and family friendly, there’s one part where Prince Alexander goes to a church to introduce Natasha to his dead mother and brother, which seems very strange. Otherwise, however, CHRISTMAS WITH A PRINCE: BECOMING ROYAL has a strong, uplifting Christian, moral worldview. One of the movie’s strongest themes is that loving others is a major part of Christmas.