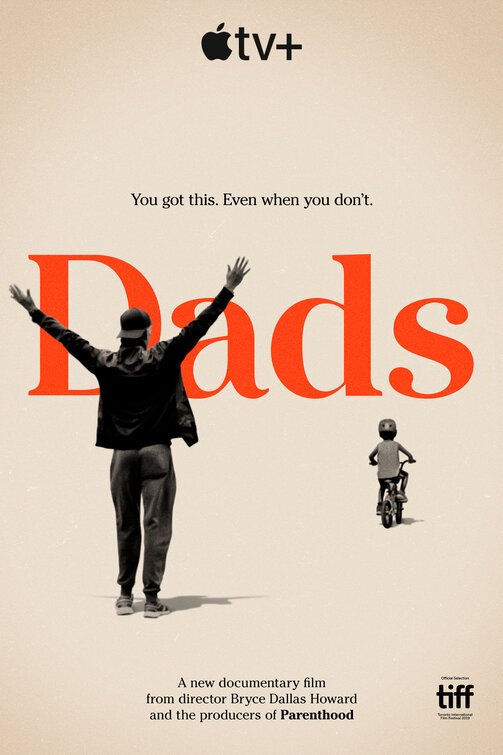 DADS is a documentary about the modern-day dad who’s involved in all areas of the home life. DADS interviews and shows the lives of multiple dads around the world. The movie starts out with many famous dads, including Will Smith, Jimmy Fallon, Ron Howard, and others, talking about how fatherhood completely changed their life. The movie also shows fathers around the world who are taking care of their children as a stay at home dads or just loving their role as a father.

DADS is a well-made documentary that will make viewers laugh and cry. The movie has some heartfelt moments showing new life and the sacrifices it takes to be a parent. The documentary shows that being a dedicated father brings joy, happiness, purpose, and love. DADS also has a pro-life sentiment and one father is shown praying with his children. However, the movie also has some foul language and romantic, politically correct, homosexual elements showing two same-sex couples that have children either through adoption or by a surrogate mother. So, MOVIEGUIDE® advises extreme caution for DADS.

(BB, C, Ro, PC, HoHo, LL, S, M):
Dominant Worldview and Other Worldview Content/Elements:
Strong moral worldview with light redemptive elements about the sacrifice of being a father, loving someone other than yourself, a pro-life attitude, and prayer is mentioned, marred by some Romantic, politically correct, pro-homosexual elements about a same-sex couple that adopted three children and another same-sex couple that has a child by a surrogate mother
Foul Language:
15 profanities, four obscenities
Violence:
No violence
Sex:
No depicted sex but the stories of two same-sex couples are discussed
Nudity:
No nudity
Alcohol Use:
No alcohol use
Smoking and/or Drug Use and Abuse:
No smoking or drugs; and,
Miscellaneous Immorality:
A woman is shown in labor.

DADS is a documentary about the modern day Dad, who is involved in all areas of the home life. DADS is a well-made documentary that will make you laugh and cry, but it does have a Romantic worldview and some lewd language.

DADS interviews and shows the lives of multiple Dads around the world. The movie starts out with many famous dads, including Will Smith, Jimmy Fallon, Neal Patrick Harris, Ron Howard, and others, talking about how fatherhood completely changed their life. Many of the comments say about how being a father is a selfless act, and once you become a father, you must love and provide for someone other than yourself.

The movie is directed by Bryce Dallas Howard, whose father is Ron Howard. Ron and Bryce have a wonderful relationship and Ron was very present in Bryce’s life, even though he was working a lot as well.

With this documentary, Bryce decides to go around the world to find out how fatherhood has changed. The major change is, some fathers are now staying home with their children, as stay at home dads.

The first story is about an African American dad who has three toddlers and is a stay at home dad. This father cleans after the children, cooks for them, cares for them during the day, and prays with them at night.

Another story shows an African American father whose child has a serious sickness. He must take his child to the doctor and hospital frequently, and sometimes it would take him all morning to get to the appointments by taking the bus. This story is very beautiful in the way it shows the father’s love through sickness, health and very limited income.

These types of stories continue throughout the documentary, showing that being a dedicated father brings joy, happiness, purpose, and love.

Overall, DADS has a moral, redemptive worldview, showing sacrifice and love. DADS has a pro-life sentiment and one father is shown praying with his children. Despite this, the movie includes some foul language and Romantic, politically correct, pro-homosexual elements showing a homosexual couple that’s adopted three foster children, and another homosexual couple who used a surrogate to have a child. So, MOVIEGUIDE® advises extreme caution.

DADS will make viewers laugh and cry. The ending drags a little bit, however.