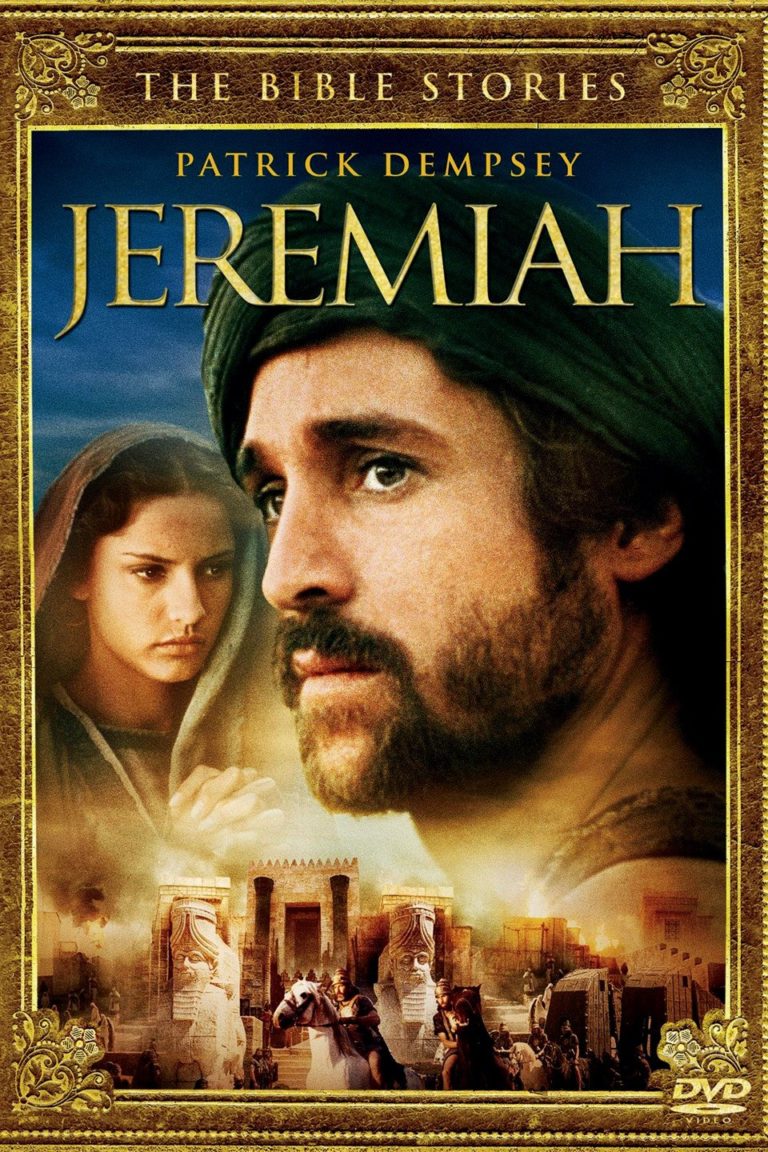 JEREMIAH is a remastered DVD of a 1998 television movie about the famous Hebrew prophet. It portrays Jeremiah’s ministry from childhood until shortly after the fall of Jerusalem to the Babylonians. Jeremiah’s struggles are shown in a powerful, compelling way as he warns of the destruction about to overtake the unrepentant Jerusalem unless they and their evil king humble themselves before God. The movie shows Jeremiah as he struggles to surrender his own desires and hold fast to God’s will.

JEREMIAH is an entertaining, though imperfect, movie, with some Christian allusions. The acting is very well done. Patrick Dempsey as Jeremiah gives a particularly captivating performance. The worldview is strongly biblical. Though historically speculative, the movie does a good job staying true to the heart of the story. Some action scenes are unconvincing, but JEREMIAH powerfully shows God’s Truth is the only Truth. It also shows rebellion against God can’t be tolerated, but that we have hope for the future if we trust in God’s promises. Some intense violence in JEREMIAH and some visions that may have some theological problems warrant caution.

(CCC, BBB, VV, A, MM) Very strong Christian, biblical worldview with strong opposition to idolatry, allusions to the crucifixion and resurrection of Christ, the impact anyone can have if they follow God’s Word no matter the cost, and the pain you suffer when you forsake God’s Word; some intense violence includes two scenes where lambs have their throats slit before being sacrificed, but camera pans away, and no blood is seen, man is beaten, but very little is seen besides shadows, man is hit with the hilt of a sword several times, in several instances men and one woman are stabbed and killed with swords but no blood is shown, man is shot with arrow but no blood shown, man blinded with a hot stone and, though it isn’t shown graphically he is heard screaming; no sex, but man and woman kiss briefly; no nudity; light drinking; and, man steals food, man is threatened if he doesn’t give away his daughter, idols are shown throughout the movie but are portrayed as evil, and multiple people are betrayed and taken captive.

Turner Entertainment has re-mastered the biblical television movies that appeared on TV in the 1990s, to distribute them in HD. JEREMIAH is one of a set of such remastered home videos.

JEREMIAH begins by introducing a very young, naïve Jeremiah, who believes he’s supposed to follow the footsteps of his father, Hilkiah, into the priesthood. As a boy, Jeremiah has a dream where he learns God has chosen him for something greater, although the full meaning of the dream will remain unclear for many years.

Years pass and the young boy becomes a grown man with hopes to marry and preparations to become a priest. However, the glory days of King Josiah have passed and his ungodly son, Jehoiakim, reigns in his place. Once again, Jeremiah begins to have dreams and visions of a young boy and an elderly man calling for Jeremiah to speak the words of the LORD. Jeremiah is unsure what his mission is, except he knows he has one.

On Jeremiah’s first day as priest, he’s given a great honor: preparing the sacrifice for King Jehoiakim. As he prepares to sacrifice the king’s lamb, he once again sees the human manifestations of God speaking to him, and he knows what he must do. He must speak out against the king’s hypocrisy and all the inhabitants of Jerusalem. He must call them all to repentance before the LORD their God.

The king isn’t interested in repenting, but only in seeing Jeremiah banished from Temple service. Through persecutions and struggles against his calling, Jeremiah begs God for a sign that this is His will. This sign is given in a way Jeremiah can’t argue with and a way that’s very clear. Resolved in his purpose, the true ministry of Jeremiah begins.

Jeremiah desperately tries to convince the king of Jerusalem to repent before God or be destroyed by the Babylonians. Jeremiah tells what will happen in upcoming years. Although they all come to pass, the evil king refuses to humble himself before God. It is in these scenes that show the destructive power of a heart in rebellion to God, and the strengthening power of a heart in submission to God. When King Jehoiakim says, “Truth is in the eye of the beholder,” Jeremiah replies that the Word of the LORD is the Truth.

Although a good part of the movie’s story is speculation, it remains true to the heart of the story and gives some interesting insight into the struggles Jeremiah might have confronted. It beautifully shows his doubt and faith as well as his resistance and submission. The acting is believable and compelling. The sets are also well done. The actions scenes, while tastefully done in their cleanness, were not very convincing, however. The camera work was occasionally shaky, but not overly distracting.

On the whole, JEREMIAH is a very entertaining, well-done movie with a strong biblical worldview with Christian allusions. JEREMIAH shows the inerrancy of God’s Word, the importance of passing on a godly heritage, and the hope we can have if we put our trust in God’s promises.

Because of some intense, though not graphic violence, caution is advised for younger children. Caution is also warranted because of Jeremiah’s visions of the young boy and the elderly man. Though these human figures may be seen as angels from God, they might be interpreted as visions of the deity Himself. Such interpretations would be more Hindu than Jewish and Christian. For example, Christian doctrine says all human manifestations of God should be Jesus Christ. This possibly could include visions of a young boy, but not visions of an elderly man or a female. However, the movie does contain some allusions to the death and resurrection of Jesus Christ.