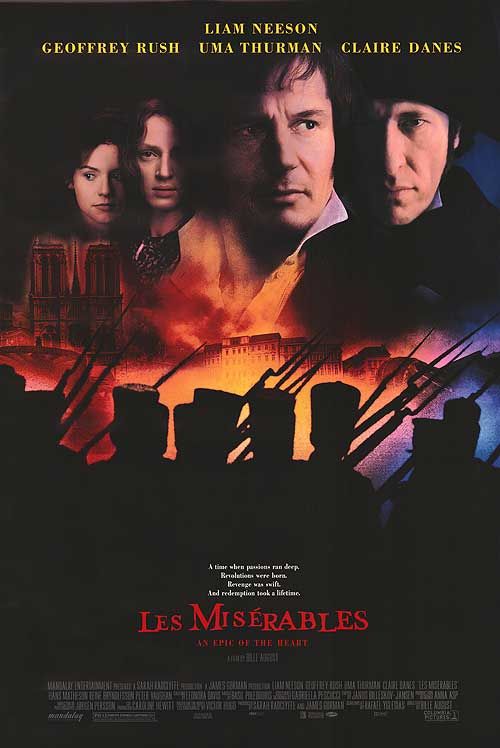 The magnificent movie by Claude LeLouch, LES MISERABLES, is not another adaptation of Victor Hugo's redemptive story; instead, the movie is a unique re-telling of Hugo's masterpiece using Hugo's work as a metaphor for life. Henri Fortin travels through life from boxer, to prisoner, to criminal, to a man redeemed in the midst of cruel and miserable experiences.

The magnificent movie by Claude LeLouch, LES MISERABLES, is not another film adaptation of Victor Hugo’s redemptive story; instead, the movie is a unique re-telling of Hugo’s masterpiece using Hugo’s work as a metaphor for life. The movie opens at the turn of the 20th Century with the tragic story of Henri Fortin, a chauffeur who is wrongly sent to prison. After Fortin dies,the movie follows his son, young Henri, a boxer who eventually starts a moving business. His business flourishes until he helps the Zimans, a Jewish couple escaping the German occupation of Paris during World War II. When they are betrayed and captured, Henri also falls on hard times and is brutally tortured for aiding the Zimans. Henri escapes prison by dealing with the Gestapo and eventually sees the end of the war. Henri then saves the life of a policeman who comes to arrest him for war crimes. When a policeman realizes that Henri can testify against him in court, he commits suicide and Henri is blamed. Mr. Ziman escapes the farm where he has been held hostage and comes to Henri’s legal defense. In the end, prayer triumphs, and the misery of existence is alleviated by love and grace.

There are not enough superlatives to adequately commend the acting, the camera work, the music, the dialogue, and the set direction in LES MISERABLES. This is a wonderful work of love about lives in misery until touched by the grace, love and knowledge of God. The director shows us the depths of depravity to which man can sink. He does this with great tact, but many would easily take offense at some of these miserable scenes.