"A Distasteful, Disappointing Twist on Love, Marriage and Commitment" 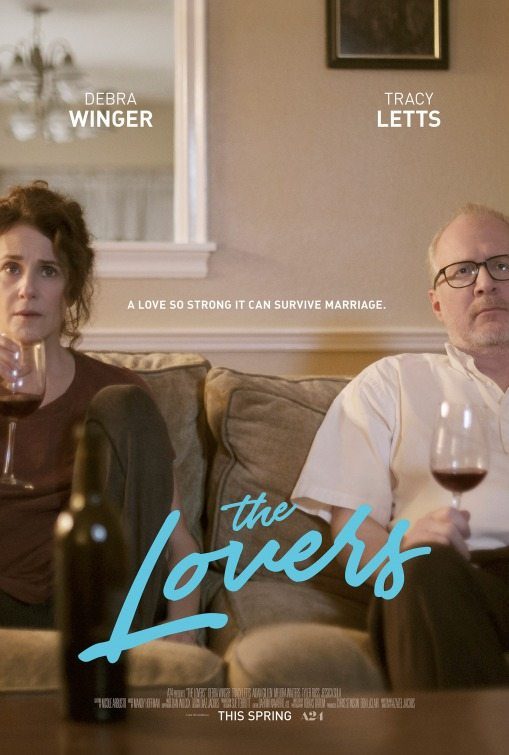 In THE LOVERS, Michael and Mary have lost the spark in their marriage as they enter their late fifties and deal with an empty nest while their son, Joel, is away at college. Their passions for each other have cooled in recent years, only to be transferred to secret lovers on the side. However, one morning the spark between Mary and Michael unexpectedly reignites, and they spend the next several days in a whirlwind romance, “cheating” on their lovers.

THE LOVERS touts itself as a comedy. In fact, there a few lighthearted moments some might consider amusing. However, a very serious matter underlies the story – the future of Mary and Michael’s marriage. Though it becomes clear that Michael and Mary are meant to be together, the filmmakers insist on portraying the world as a broken place where broken relationships are the norm. THE LOVERS has plenty of foul language. Though the other content isn’t overly graphic, it does contain some depicted and implied sex scenes and partial nudity. Ultimately, it’s the worldview and ending in THE LOVERS that are the most abhorrent.

(PaPaPa, AbAb, B, LLL, V, SS, NN, A, D, MM) Very strong pagan worldview with a distasteful ending mocking marriage and commitment and with immoral characters, who don’t hold to any particular moral standard and pursue a lifestyle of cheating on their married partners, despite some moral elements where the characters try to hide their infidelity because, deep down, they know it is wrong; 22 obscenities and four profanities, plus the middle finger gesture is used; man punches a wall and knocks a hole in it, and man throws some objects around in the living room when he gets angry; depicted and implied sex scenes include married couple has affairs and unmarried people sleep together; some partial nudity during sex; several scenes show drinking wine; some scenes depict cigarette smoking; and, characters lie to each other throughout the movie, married couple gets divorced, cheating.

In THE LOVERS, Michael and Mary have lost the spark in their marriage as they enter their late fifties and deal with an empty nest because their son, Joel, is away at college. Both work mundane cubicle jobs, a metaphor for their personal lives. Romance is dead in their home, so they look outside of it for the emotional and physical intimacy that’s lacking in their relationship. They’re both shacking up with emotionally unstable characters who seem to need the steadfastness of someone who has been seasoned by nearly 30 years of marriage. Mary’s paramour is a passionate author who breaks down and cries between dramatic readings of his latest chapter as Mary listens distractedly. Michael’s mistress is a ballet instructor, who’s constantly giving him the cold shoulder for having to attend to his husbandly duties as a family man instead of spending all his time with her.

Michael often comes home from work to their perfectly mundane suburban home and sits opposite his wife on the couch as they stare blankly into the TV screen, a glass of red wine in hand. Not a word is spoken unless absolutely necessary, and they climb into bed at the end of the day facing away from each other. Often, one will make an excuse of having to work late when they’re actually with their lovers. Although they haven’t told each other about their affairs, there’s a sense that the other knows anyway and accepts their respective illicit romances.

Both Mary and Michael promise their lovers they’ll break off their marriage after their son’s trip home for the weekend. They want to have one last time together as a family before ruining it all.

However, one morning Mary and Michael unexpectedly wake up next to each other in a lover’s embrace, and immediately the spark between them is reignited. All of the buried passion they’d had for each other resurfaces, and they act as if they’re newlyweds all over again. Before long, they’re making excuses to their lovers so they can be with one another.

THE LOVERS touts itself as a comedy. As such, it does have some lighthearted moments that some viewers might consider amusing. However, a very serious matter underlies it all. A marriage is at stake, and a family is on the verge of breaking apart. So, ultimately, the movie doesn’t do a good enough job disguising itself as a comedy. The emotional distress in the characters proves too heavy. weight of the characters’ emotional distress is palpable. It’s unclear where the movie is going until the end. The chemistry among the characters is mostly between the married couple, Mary and Michael. In fact, it feels as if they truly were meant to be together. However, that’s not the reality of the filmmakers, who seem insistent on portraying the world as a broken place where broken relationships are the norm.

Moral standards don’t exist in this story, though there’s a sense that the characters are vaguely aware of family values and marital commitment. Thus, they think nothing of breaking the marital vows they made to each other, but they’re guilty enough to hide their behavior. The son wishes his parents would just break up and put an end to their marriage, but he’s still deeply hurt when he finds out his parents are cheating on each other. Finally, the ending has a distasteful, disappointing twist that ultimately mocks the ideas of love, commitment, marriage, and family.

THE LOVERS also has plenty of foul language. Though the other content isn’t overly graphic, it does contain some depicted and implied sex scenes and partial nudity. It’s the movie’s worldview and ending that are the most objectionable.