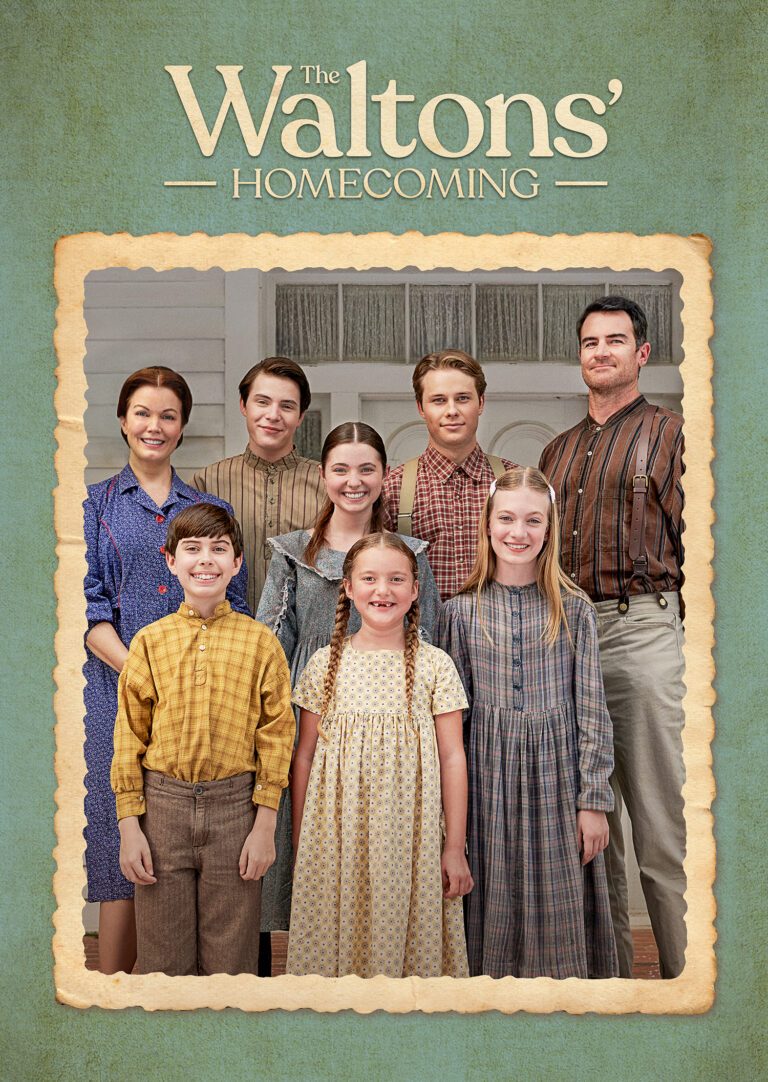 (CCC, BBB, LL, V, M):
Dominant Worldview and Other Worldview Content/Elements:
Very strong Christian worldview with strong church segments, statements of faith, instructions in faith, commendation of Jesus Christ, merged with a miracle on Christmas, merged with strong family content saying family is everything, and that’s clear in the biblical sense, with respect for African Americans and Appalachian whites and men and women
Foul Language:
11 “d” words, often expressed in an offhanded, exclamatory, but not condemnatory, way
Violence:
No overt violence, threats of disaster during a terrible snowstorm, passenger bus goes off the road, and some people are hurt and seen hobbling and being carried away from the wreckage
Sex:
No sex
Nudity:
No nudity
Alcohol Use:
No alcohol use
Smoking and/or Drug Use and Abuse:
No smoking or drugs; and,
Miscellaneous Immorality:
Mild family bickering, mild children rebelling, and misunderstanding between father and son, but it’s resolved.

THE WALTONS: HOMECOMING is a well-made, emotional, retro movie focusing on family and faith and premiering on The CW TV Network on Nov. 28. Richard Thomas narrates some of the movie, as a nod to the past as the star of the TV series 50 years ago. He tells us a book was written in 1933 about a poor Appalachian family during the height of the Depression, and then their story became a famous television series in 1972.

HOMECOMING has a great opening, which tells us the father, John, had to work miles away from the home in Charlottesville because of the Great Depression. Also, because of the Great Depression, there was no Christmas vacation at his workplace. Meanwhile, the family is preparing for Christmas and prays for a miracle so their father can join them for Christmas.

The older child, John-Boy, is responsible for the family. He accepts and fulfills that responsibility, even though every chance he gets, he closes himself in is room to exercise his gift as a writer. His next in line brother, Jason, is doing a lot of John-Boy’s work, such as chopping wood, but would prefer to be a musician.

The family gets a message that the father has arranged his schedule so he can try to come home for Christmas. As any good plot would demand, there has to be jeopardy so there’s a big snowstorm coming. Mrs. Walton’s father said John would definitely be at home, but those who know movies, know he’s going to get caught in that storm.

A black pastor’s wife shows up to invite the family to their Pentecostal church for Christmas, and the family reminds the pastor they go to the Baptist church. Another man whom the sheriff is trying to arrest for poaching shows up at the Walton house and gives them a turkey that he poached.

When the radio announces the road to Charlottesville has been closed, John-Boy borrows the car of two spinsters to go off to find his father, but the storm is so bad that it is doubtful if he’ll make it. Everyone is praying for John and John-boy to make it home and the mother takes everyone else to church in order to calm her nerves and worries about her husband making it home.

Will there be a Christmas miracle? Did John the father die in the bus accident? Will John-Boy survive? There are so many great questions that give the movie a great sense of jeopardy that makes the audience want to see the Walton family overcome.

Even better is the family’s constant references to faith, Jesus, church, and powerful prayers, and the fact that everybody’s welcome in the church. The Christmas Eve service has MOVIEGUIDE® friends Marilyn McCoo and her husband, Billy Davis, singing great Christmas hymns.

This faith and family movie is reminiscent of a 1970s movie and is intentionally free from lewd content and strong violence. There are several uses of the “d” word, which almost sounds archaic in several cases. This was not necessary, so a slight caution is required. Otherwise, THE WALTONS: HOMECOMING is a movie that families should be delighted to watch.