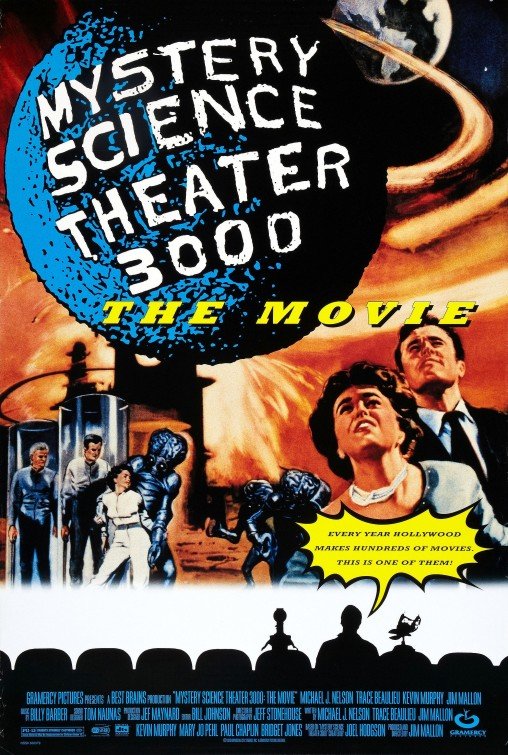 The big screen version of the popular Comedy Central TV program, MYSTERY SCIENCE THEATER 3000 brings together all of the familiar gang together to lampoon 1950's sci-fi movie THIS ISLAND EARTH. This movie was taylor-made to provide a communal experience for making fun of a cheesy movie. Often hilarious and brilliant, it is marred by some bad language.

MYSTERY SCIENCE THEATER 3000: THE MOVIE is out-of-this-world funny. The big screen version of the popular Comedy Central TV program brings together all of the familiar characters to lampoon 1950’s sci-fi movie THIS ISLAND EARTH. For those who don’t know, the premise involves Dr. Forrester who wants world domination. He kidnapped ordinary Mike Nelson to serve as a guinea pig for a mad experiment. Dr. Forrester subjects Mike week after week, to the worst, cheesiest movies ever made, but Mike retains his sanity by talking back to the screen. Throughout THIS ISLAND EARTH, Mike and his robot pals wisecrack about nearly every word or image on screen.