THE GIFT OF CHRISTMAS

"God’s Will Be Done" 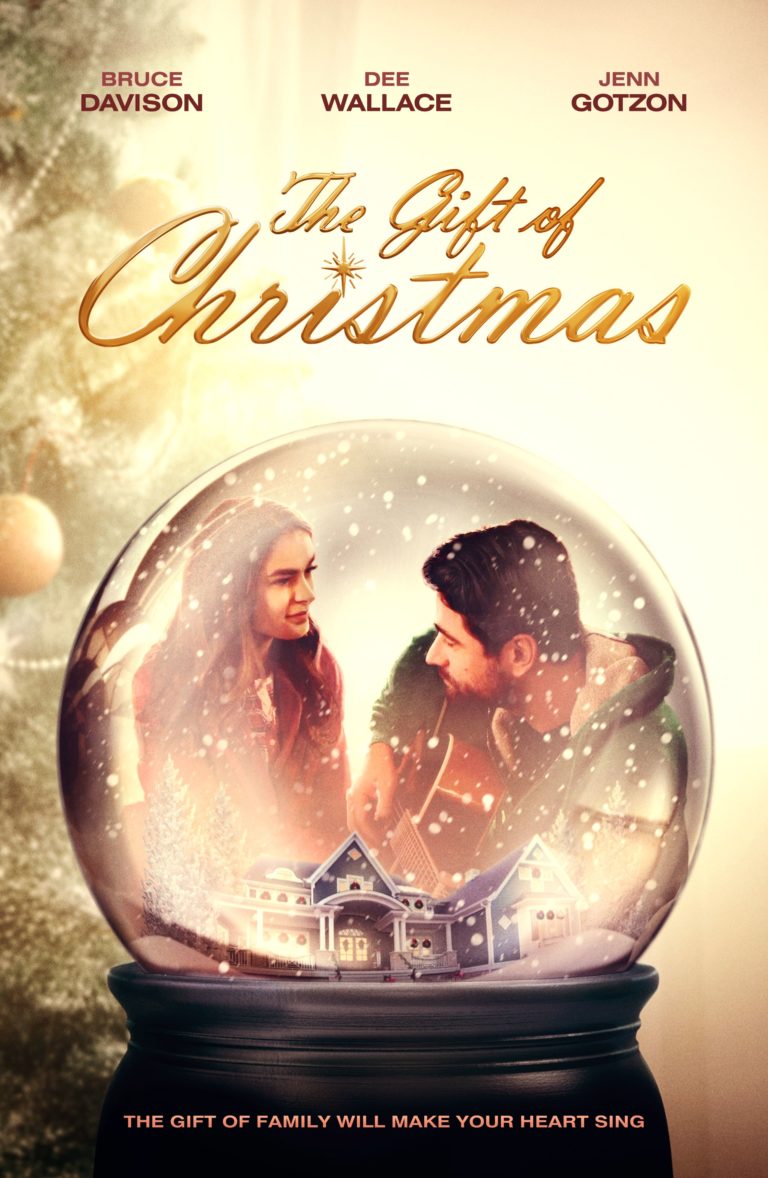 THE GIFT OF CHRISTMAS is a faith-based drama available on Amazon Prime. It opens on George and Denise preparing for Christmas. Both will face some unexpected challenges to their Christmas celebrations. George’s brother, Allen, a studio guitarist in Los Angeles, has promised to return to Kentucky. At the same time, George learns his friend, Don, is worried about his estranged daughter, Celia, who left for Los Angeles after a major argument. George fashions a plan for Allen to drive home and bring Celia with him. Meanwhile, George doesn’t get along with his in-laws, who are staying for the holidays. Eventually, people realize that forgiveness and trusting God will save their Christmas.

THE GIFT OF CHRISTMAS has plenty of heart. It quotes Scripture and preaches the Good News. It also champions giving, forgiveness, the importance of church and family, and God’s sovereignty. However, the movie’s positive content is marred by some subpar quality. For example, the movie’s sound mixing, editing and pacing sometimes pull the viewer out of the story, not into it. That said, THE GIFT OF CHRISTMAS has no objectionable content.

(CCC, BBB, M):
Dominant Worldview and Other Worldview Content/Elements:
Strong Christian, biblical, moral worldview where Scripture, prayer, church, and forgiveness are extolled, a man openly trusts God’s will over his own will, God is kept at the center even when human problems arise, and the references to the Bible and Christianity are numerous but sometimes awkward;
Foul Language:
No foul language;
Violence:
No violence, brief mention of dead parents, one character accuses another of killing his wife; Alcohol Use/Abuse: No alcohol;
Nudity:
No nudity;
Sex:
No sex;
Smoking and/or Drug Use and Abuse:
No smoking or drugs; and,
Miscellaneous Immorality:
A father is mean to his daughter, but it’s assumed he repents and the daughter forgives him.

Available on Amazon Prime, THE GIFT OF CHRISTMAS is a faith-based movie set around the holidays in Kentucky. Characters learn the importance of faith, forgiveness and family despite seemingly hopeless situations.

The movie opens with George and Denise Barnett prepping for the Christmas holidays. George expresses some concern for a fellow church member, Don Ford. George also calls his brother, Allen, to convince him to come home for the holidays. Despite having the gig of a lifetime in Los Angeles, where he plays music, Allen says he will visit for the holidays.

George goes to check in on Don and finds him depressed in his home. Don opens up about an argument he had with his daughter after his wife died. Since his wife’s death, he hasn’t seen his daughter but knows that she is working in LA as a struggling actress.

To help, George goes home and on the phone asks Allen to find Don’s daughter, Celia, and bring her home for the holidays too. Denise wisely advises George to tell Don of his plan and not to surprise him. To George’s surprise, Don doesn’t seem happy about George’s effort. However, Celia is evicted, and Allen convinces her to drive home to Kentucky from Los Angeles.

During their journey home, Allen discovers Celia has drifted from her Christian faith. On their way, Allen stops at several charities and makes donations. To his surprise, Celia still knows a lot about the Bible but is still cold toward God’s Word.

George is nervous about Celia and Don. To make matters worse, Denise’s parents announce they will be staying for Christmas as well. George has a tense relationship with his father in law but makes the sacrifice for his wife. His wife is in the throes of planning the Christmas concert, but everything that can go wrong is going wrong.

As everyone’s circumstances come to a head, George leans on his faith in God and trusts that everything will work out. Despite a bumpy road, everyone learns the importance of family and forgiveness.

THE GIFT OF CHRISTMAS has plenty of heart. It goes out of its way to quote Scripture and preach the Good News of Jesus Christ. It also champions giving, the importance of church and family, and God’s sovereignty. However, the movie’s positive content is marred by some subpar technical aspects. The movie’s sound mixing, editing and pacing pull viewers out of the character’s stories, not into them. That said, there are no significant cautions, and the filmmakers offers up a faith-based movie that could be a sweet, safe watch for the whole family.