THE LORD OF THE RINGS: THE RINGS OF POWER: Episode 1.1: “Shadow of the Past”

"Way Before the Lord of the Rings" 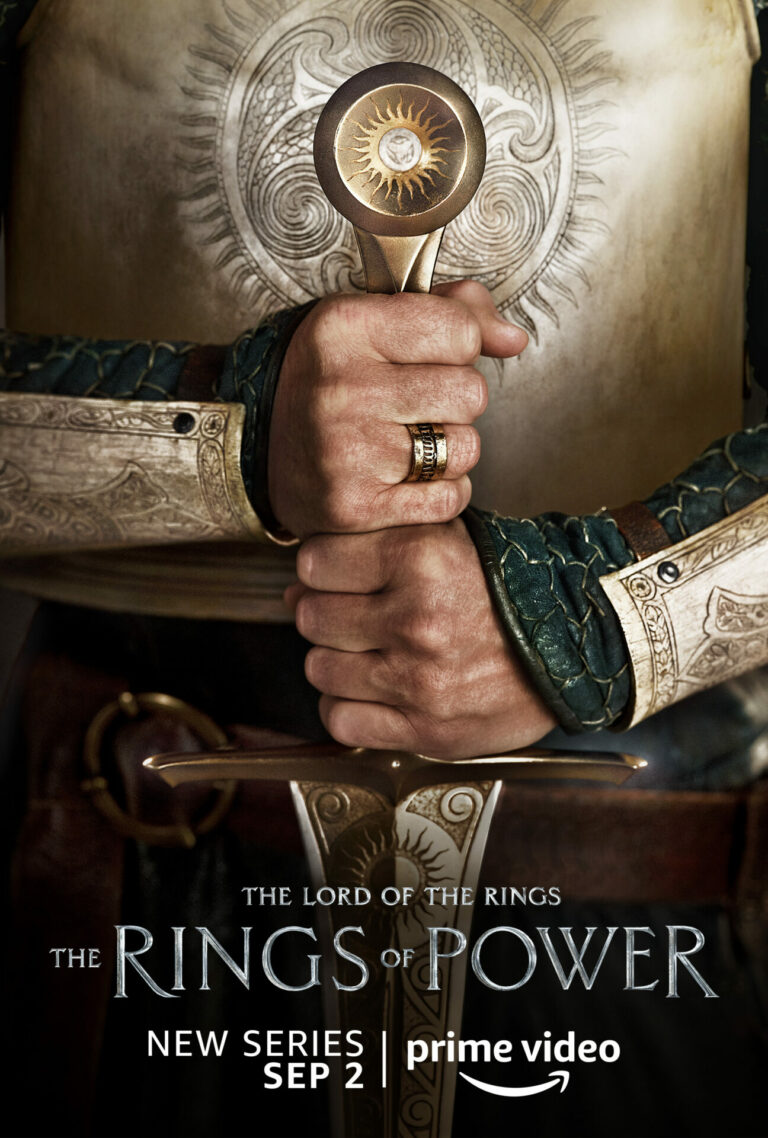 The first episode of THE LORD OF THE RINGS: THE RINGS OF POWER on Amazon Prime follows Galadriel from her childhood to her youth as she becomes a warrior trying to destroy the evil in the world. Galadriel’s brother has died due to the evil Sauron, which has led her to want to fight Sauron’s evil. The elven king tells Galadriel the battle is over, and she can set aside her arms, but Galadriel believes there’s evil still out there to fight.

The first episode of RINGS OF POWER has a moral compass and Christological references, which accompany intense battle scenes and gruesome creatures. A tremendous amount of money was spent on creating the series, but the review link had a problematic sound mix and graphics that sometime didn’t look as credible as they should. Aside from the production quality, the first episode moves quickly and has constant jeopardy and many positive references to true faith such as “the true king will return.” MOVIEGUIDE® advises caution for younger children for the first episode of THE LORD OF THE RINGS: THE RINGS OF POWER.

(B, C, VV, A, M):
Dominant Worldview and Other Worldview Content/Elements:
Somewhat moral worldview, with Christological references, set at a time before and during when the Good was trying to fend off the re-emergence of the bad
Foul Language:
No foul language
Violence:
Battle scenes but not excessively violent, so some of them have blood and of course death
Sex:
No sex
Nudity:
Long shot of a man just wearing a loin cloth
Alcohol Use:
Drinking
Smoking and/or Drug Use and Abuse:
No smoking; and,
Miscellaneous Immorality:
King and others try to prevent heroine from destroying evil completely.

The first episode of THE LORD OF THE RINGS: THE RINGS OF POWER on Amazon Prime follows Galadriel from her childhood to her youth as she becomes a mighty warrior trying to destroy the evil in the world and avenge the murder of her brother. The first RINGS OF POWER episode has some jeopardy, a moral compass and some Christological references, which accompany intense battle scenes and gruesome creatures.

The episode opens with five children meeting Galadriel, another child on the other side of a stream as she’s launching her homemade paper sailing ship. As the ship reaches the water, it opens up beautifully, but one boy decide to throw stones to sink it. Galadriel is devastated. Her brother comforts her and says that stones always look down and so sink whereas to sail on the water you must look up. Her brother sails to Middle Earth to fight Morgoth and Sauron and the orcs, which are destroying Middle Earth. He is killed in a ferocious battle and is branded with Sauron’s pitchfork on his arm.

Cut to Galadriel as a young woman leading warriors to drive out the evil. Her small band of warriors is tired of following her. She finally finds one of the old fortresses of evil and goes deep within it, where she’s attacked by some horrible creatures. During these developments, the movie cuts to other groups of people in the world of the Lord of the Rings. For instance, a band of warriors passes what seems to be an empty field that turns out to be filled with Harfoots (i.e., a breed of Hobbit) in hiding. The Harfoots soon pull off their camouflage to reveal their rustic village, where they engage in gathering berries, cooking, eating, and enjoying themselves, as all hobbits are wont to do.

After her men abandon her, Galadriel eventually returns to Rivendell, where Elrond, who loves her, waits for her. The elf king, Gil-galad, who rules the elven realm of Lindon on the west coast of Middle Earth, calls off the mission to remove the last vestiges of evil, saying that, sometimes, when you attack a fire, you only fan the flames. However, Galadriel takes a few warriors and heads off to continue fighting, against the King’s wishes.

The episode shows the outposts of the elves being removed as they shut down the war. One of the warriors, Elendil, is in love with the tavern owner’s daughter and gets her to leave her home to go with him. Meanwhile, Galadriel, in a small Viking-type ship, faces the unknown.

A tremendous amount of money was spent on creating the RINGS OF POWER series, but the sound effects often overpowered the sound, and the graphics sometime didn’t look as credible as they should have in the review screener.

Aside from the production quality, the first episode moves quickly, there is constant jeopardy and many positive references to true faith such as “the true king will return” along with themes of light over dark, and good over evil. Most of the characters are moral, and the main character, Galadriel, at this point is seeking to avenge and honor her brother’s call to destroy the evil. Later, some of the characters may join the forces of darkness, so their characters are slightly ambiguous.

Watch THE LORD OF THE RINGS: THE RINGS OF POWER: Episode 1.1: “Shadow of the Past”: