THE NIGHT OF THE LIVING DEAD 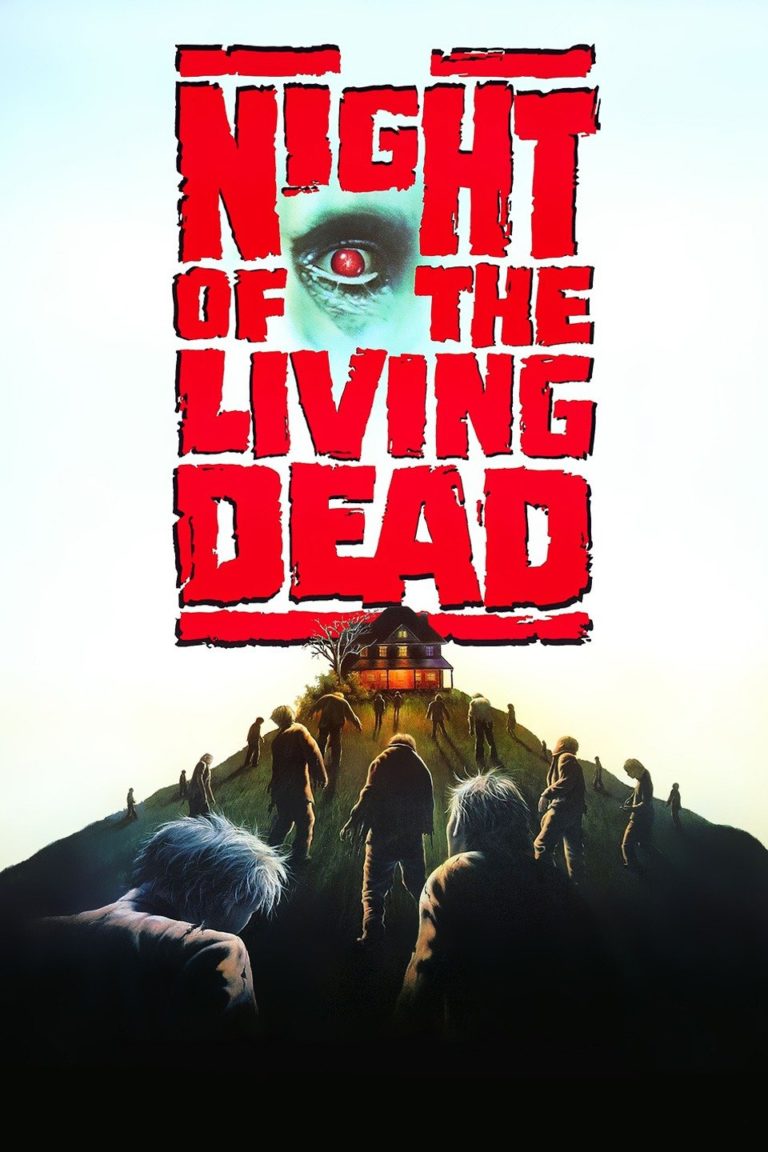 “This is hell on earth,” a remark by one on the characters in THE NIGHT OF THE LIVING DEAD succinctly capsules this hookey, camp film. At the outset of the film, Barbara and her brother, Johnny, visit their mother’s grave when they are suddenly attacked by zombie-like creatures later identified as the “Living Dead”.

Johnny is killed, but Barbara escapes after much difficulty to a deserted nearby farm house. The film’s pace picks up at this point as Ben (the only black character) arrives in a truck with a nearly empty gas tank. Soon, others are discovered hiding in the basement of the house: Cooper, his wife, Helen, their critically ill daughter, Sarah, Tommy (whose uncle owned the house), and Judy Rose, Tommy’s girl friend.

Finally, Barbara flees the house leaving a wounded Ben behind (Helen has died after being bitten by Sarah, her newly dead daughter. Tommy and Judy Rose have died in a truck explosion). Cooper, in the meanwhile, has hidden away in the attic. Throughout the film, he proves to be antagonistic and self-centered, not cooperating with the others but seeking only what would benefit himself and his family. He receives poetic justice near the film’s end when someone kills him mistaking him for a zombie.

Barbara soon obtains help from some men in a truck, who put her in touch with others in the so-called “civilized” world. However, the people of the “civilized” world make fun of and mock the zombies pitting them against each other as well as living opponents. When they finish their sport, the living “kill” the zombies and burn them on a gigantic funeral pyre. “We’re them, and they’re us!” someone yells.

The special effects in NIGHT OF THE LIVING DEAD appear fairly interesting, and it is funny in a camp way in many parts. However, there are some “shocking” scenes, such as the one where the truck blows up and zombies feast on the victims’ newly dead bodies. Overall, however, the film is marred by a contrived plot: we’re never clear as to what prompts the dead to come back to life, or what motivates them (although allusion is made to a possible virus, voodoo, and even Judgment Day).

The violent curse (early in the film) uttered by Ben as he gazes skyward and makes the sign of the cross is particularly offensive. No other references to God occur other than expletives. Surely, the film’s characters would have done well to cry out to God in their extremity. However, this film represents another case of satanic deception: apart from the resurrection by God of His saints, the dead do not return to life (at least not on earth) and the Bible clearly teaches “it is appointed unto man once to die, but after that the judgment.” Because of faulty theology, profanity, gory violence, and the fact that it is not campy enough to be interesting, NIGHT OF THE LIVING DEAD cannot be recommended.