"Searching for a Santa Successor" 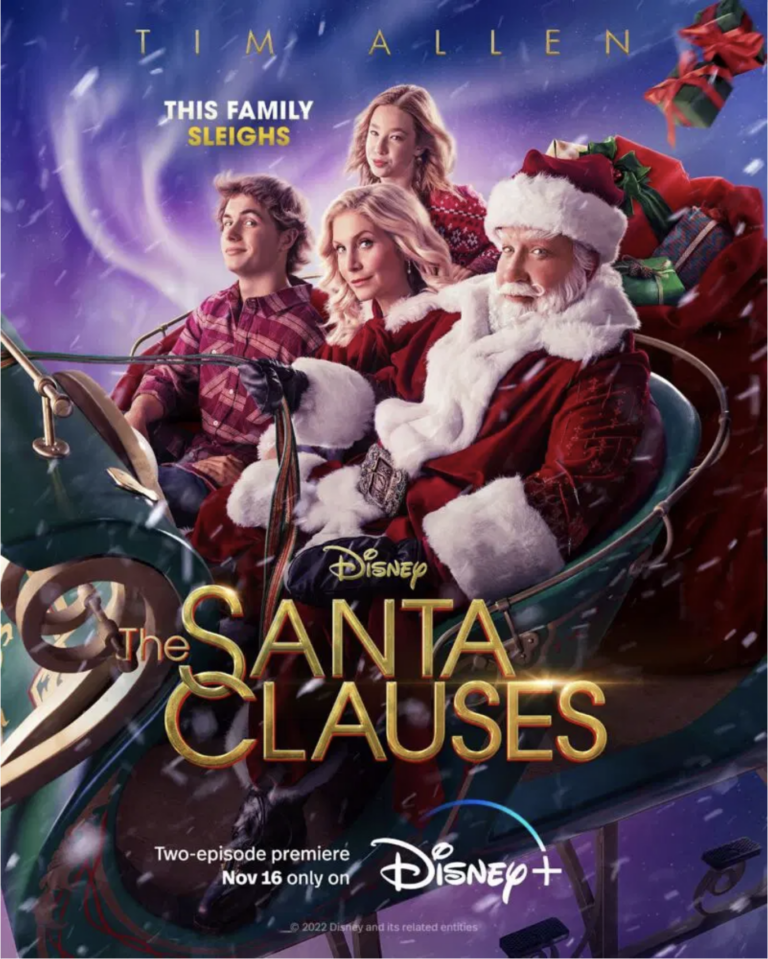 In THE SANTA CLAUSES: Chapter Two, Scott, the reigning Santa Clause, realizes he can’t keep ignoring his problems, especially his loss of magic and his diminishing Christmas spirit. Scott loves being Santa so much that it's not easy to let go, even when he knows retirement is the best option for him, his family and the world’s children. Will Scott be able to go through with retirement? Will he even be able to find someone who wants to be Santa?

The production, entertainment quality of THE SANTA CLAUSES, Chapter Two, is progressively better than the first episode. The modern twist to an older story is apparent in every way. Chapter Two also holds a perfect mix of old and new as it continues Scott’s saga being Santa Claus. Viewers undoubtedly will enjoy the overwhelming nostalgia. The second episode of THE SANTA CLAUSES has some moral, redemptive content promoting love, family, sacrifice, and redemption. However, it has a mixed pagan worldview overall, with references to magic and the idea that Christmas needs Santa Clause rather than Jesus being the Reason for the Season.

(Pa, BB, C, FR, V, A, M):
Dominant Worldview and Other Worldview Content/Elements:
Mixed pagan worldview with magic use, a magic crystal ball measures Christmas spirit, Santa Claus being the meaning of Christmas, and Jesus is never mentioned but Christmas is threatened when thought of without a Santa Claus, and Scott’s years as Santa mention him as reigning (“Santa Scott’s reign”), Jesus is never mentioned, rather Christmas is threatened when thought of without a Santa Claus. But with strong moral qualities of love and family, and later sacrifice and redemption, plus brief portrayal of legalism where people receive rewards based on their actions.
Foul Language:
No profane language, just some dry humor and modern slang such as “dope” as in “cool,” etc.
Violence:
A drone bumps into glass windows before busting through the glass and hitting three different guys in the head with glass flying everywhere, Santa’s sleigh crashes from the sky directly into snowy ground sending two characters flying out of it
Sex:
No sex
Nudity:
No nudity
Alcohol Use:
Cider at the North Pole is mentioned to be “hard cider”, and one elf makes a comment about having “had too much cider”
Smoking and/or Drug Use and Abuse:
No smoking or drugs; and,
Miscellaneous Immorality:
Light worldview problems such as “lying” because Charlie’s wife is told that Scott is a shrimp farmer instead of explaining Santa and the North Pole, bad role models with fathers prioritizing work over their children but eventually rebuked and redeemed, elves at North Pole often keep secrets, Santa’s elf “kidnaps” Simon and Grace to bring them to the North Pole, and a boy plays video games to escape reality.

THE SANTA CLAUSES is a new miniseries on Disney+ which continues the story of The Santa Clause movie franchise, with Tim Allen, from decades ago. The story progresses in the second episode as children in the modern world are losing belief in Santa, causing Santa to increasingly lose weight, lose magic and even lose his Christmas spirit, so he announces his retirement and starts looking for a replacement.

Chapter Two picks back up after Santa has fallen off the roof of a house, and Noel is frantically trying to wake him up. Back at the North Pole, all the elves are in panic mode trying to figure out what has happened to Santa on his delivery route. Santa survives and arrives home at the North Pole, trying to wave off his near death experience, because the previous Santa Claus died from falling off a roof. Santa isn’t fooling anyone, and it’s clear things are starting to go downhill.

Santa’s Christmas spirit continues to dwindle as he learns that his wife and children are having their own issues with all things “North Pole.” Cal and Sandra finally express their desires to meet other children and have friends their age, as well as wanting to experience the simplest parts of life in “the real world.” Mrs. Claus experiences a long overdue identity crisis and explains her lengthy concerns of not knowing who she is as a person, outside of being the infamous Mrs. Claus, Santa’s wife.

Scott is torn between loving his role as Santa Claus at the North Pole and also feeling ready to pass on his Santa identity, as his Christmas spirit is dwindling and his family longs for the real world. Hopes of keeping Santa in the family are immediately thrown out the window after Scott’s son, Charlie, turns down the offer so he can stay engaged in the lives of his sons. This proves to be an eye opener for Scott.

Meanwhile, Simon is back in the real world struggling to make a successful pitch to his investors, who are eager to drop him because his company isn’t pulling through with the promised home deliveries. Simon pitches a drone delivery idea to an entire board room of business when everything goes wrong including the drone crashes through the glass windows, pushing investors to the end of their ropes. It seems Simon will need a Christmas miracle if he wants to keep his investors or even his company.

Scott takes a step back and looks at the bigger picture, not just how he feels and what he wants. An uncommon, rather soft side of Scott is shown as he realizes all that his family has sacrificed, and how he’s ready to return the favor. Considering all of the familial issues and his, almost deadly, delivery accident, Scott finally accepts that his 28 year run as Santa has come to an end.

Scott breaks the news of his retirement to all the elves, subsequently breaking their hearts. Scott’s confident in his decision, including the next step for his own family. In fact, Scott just have a replacement Santa in mind. Will Scott be able to go through with everything? Is this finally the end of “Santa Scott’s Reign”?

Chapter Two of THE SANTA CLAUSES is filled with excellent acting, unique new pieces to an older story, and even leaves viewers with a curiosity for the episodes to come. The nostalgia is most definitely still there, as well as the family fun feel. However, some of the humor is better fit for a slightly mature audience. As predictable as the ending of a Santa story might be, it’s still entirely enjoyable to watch and portrays more positive messages as the story continues.

THE SANTA CLAUSES: Chapter Two has some moral, redemptive content promoting love, family, sacrifice, and redemption. However, it has a mixed pagan worldview overall, with references to magic and the idea that Christmas needs Santa Clause rather than Jesus being the Reason for the Season. Chapter Two has no profane language, but some of the humor is more for adults than children. So, MOVIEGUIDE® advises caution for younger children.

THE SANTA CLAUSES: Chapter Two is fun, lightweight fare which does not teach magical thinking or New Age beliefs. However, Christians don’t want their children confusing the Truth of Jesus Christ with the myth of Santa Claus, nor do we want Christmas held hostage by pagan mythology. Therefore, although this TV episode movie is relatively innocuous, it’s important to explain to our children the difference between fantasy, which can teach some good moral lessons, and the Truth, which sets them free from the bondage to the corruption of our age, including the inherited corruption of sin, the penultimate disease afflicting mankind. Helping our children understand the Truth will give the discernment they need to see and enjoy THE SANTA CLAUSES without conforming to the mindset of the fallen world.