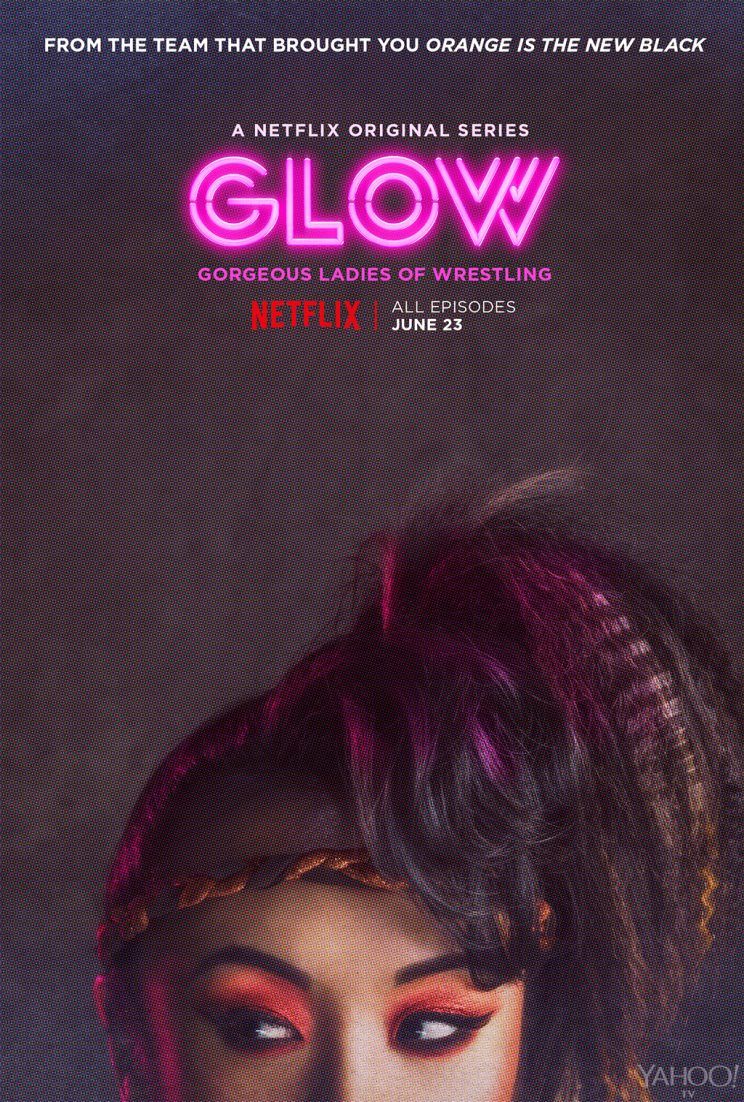 Netflix’s most recent original series, GLOW, portrays the lives and struggles of Ruth Wilder, an aspiring actress, and an eccentric group of characters cast in a women’s wrestling program in the 1980s. When Ruth sleeps with her best friend’s husband, the ensuing fight between them get them picked to be on the wrestling program. Meanwhile, a stuntwoman with her own personal problems trains the would-be female wrestlers. She has problems, however, keeping a trouble-maker in the group in line.

GLOW is full of engaging characters, who pull viewers into their lives and backstories. However, the show relies too much on blatant sexuality, obscenity, offensive, and hurtful humor, and physical exploitation of the female wrestlers to get its points across. An important message of empowerment, perseverance and compassion may be lurking beneath the surface of GLOW. These positive themes are subtly interwoven under layers of gritty reality, and over-the-top, melodramatic debauchery. Sadly, the series is studded with more negative examples than positive ones. In terms of content, GLOW warrants extreme caution for even the mature viewers it’s intending to reach.

GLOW follows the story of a group of actresses, models, and athletes cast as wrestlers in a women’s wrestling show in the 1980s. It is loosely based on the real syndicated women’s wrestling phenomenon, Gorgeous Ladies of Wrestling, or G.L.O.W.

The main character of the Netflix series, Ruth Wilder, played by Alison Brie, is an aspiring actress, desperate for work. Strapped for money, she follows up on a lead given to her by the casting agent she knows, which leads her to a strange audition in a local gym. She and several other women are asked to come back and try out for spots in a professional women’s wrestling league, GLOW, which will become a syndicated television show. After being rejected and verbally berated by sleazy director Sam Sylvia, Ruth studies famous television wrestlers, and uses her training in method acting to build a wrestling persona for herself. When she returns to the ring uninvited, her demonstration doesn’t go as well as planned, until her best friend Debbie storms in and attacks Ruth, after learning that Ruth had an affair with her husband.

Sam Sylvia is enthralled with the drama and backstory of it, and convinces both Debbie and Ruth to star in his show as the main hero-and-villain rivalry. GLOW also delves into the individual stories of other members of the ensemble cast, such as stuntwoman Cherry, a former fling of the director, who is trying to establish herself as a professional as she trains the ragtag band of women.

GLOW is rated TV-MA, and for good reason. Characters use profanities and obscenities liberally, drug abuse and smoking are portrayed, and the sexuality is uncomfortably blatant in the pilot episode.

The themes of the series are subtly interwoven under layers of gritty reality, and over-the-top, melodramatic debauchery. There is a positive thread of perseverance, and a cautionary thread about the marginalization and dismissal of women’s issues. However, there is a lot of muddy water to tread through to get there.

For example, the main character begrudgingly has an affair with her best friend’s husband. While Ruth is caught in this behavior, and it strains her relationship with her friend, it also earns both of them the chance to be on a television show. One character, portrayed as a cruel and selfish person, graphically makes fun of Cherry, who has had a miscarriage. This is obviously very hurtful to Cherry, but Director Sam Sylvia exploits the cruel joke to create a wrestling sketch. It would seem that the creators believe this type of behavior is insensitive, but they carry the illustration so far as to be hurtful to audience members who have had a miscarriage, and uncomfortable to everyone else. Also, the wrestling show depicted in the series is obviously geared towards objectifying women for a male audience, but whether this will be the result of the series itself is yet to be seen.

GLOW is full of interesting and engaging characters, who pull viewers into their lives and backstories. However, it relies too much on blatant sexuality, obscenity, and other portrayals of the negative aspects of human nature. An important message of empowerment and compassion may be lurking beneath the surface, but at this point, the negative examples outweigh the positive ones.