61% of Netflix Originals Have Mature Content – Few Are Family Friendly 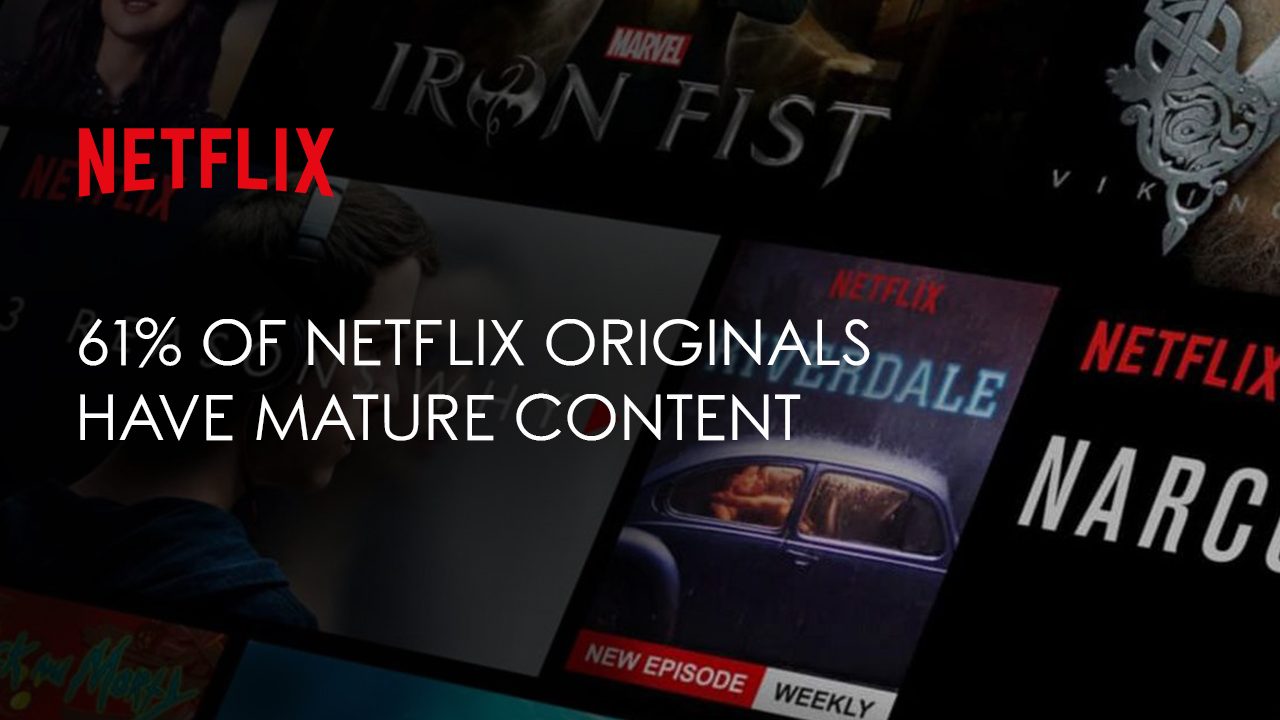 61% of Netflix Originals Have Mature Content – Few Are Family Friendly

It’s no secret that Netflix doesn’t prioritize family programming over mature, edgy content. Movieguide® took a look into all of Netflix’s original programs and discovered just how disproportionate the programs are. Our findings for Netflix Originals are compiled below:

*Percentages have been rounded

As you can see, over half of the available programs on Netflix are for mature audiences.

As Statistica reports, “in the second quarter of 2018, Netflix had over 130 million streaming subscribers worldwide. Of these subscribers, 56.71 million were from the United States.” So, by looking at the US Netflix subscribers, we see that over 35 million viewers are watching shows like the like HOUSE OF CARDS, ORANGE IS THE NEW BLACK or OZARK with extreme sexual content, violence and other immoral content.

What’s more is the gap between TV-MA and TV-14. TV-MA, which contains immoral content like sexual scenes, nudity, and language, describes 61% of their content. The next tier, TV-14, which they say is for 14 years old and above, makes up on 18% of their content. That leaves only 16% of programming for families – nearly half of that is TV-PG, which means parents are to be advised over some content.

Reportedly Netflix is aiming to have over 1,000 original shows on the service by the end of this year. If we’re following the logic here, then more immoral (what they call “mature”) programs are on the horizon. However, in neglecting more broad audience content, the streaming site loses out on millions of potential viewers. A huge portion of Movieguide®’s audience once subscribed to Netflix but has since canceled their subscription.

Like it or not, Netflix’s business model has revolutionized the industry as we know it. At this week’s Emmy awards, for instance, Netflix led the nominations with a whopping 112, dethroning HBO for the first time in almost two decades. This is the first time a streaming network beat the major broadcast and cable networks. Other companies like Disney and Apple are threatening to be major competition for Netflix, especially since both have claimed to produce content that’s more family friendly.