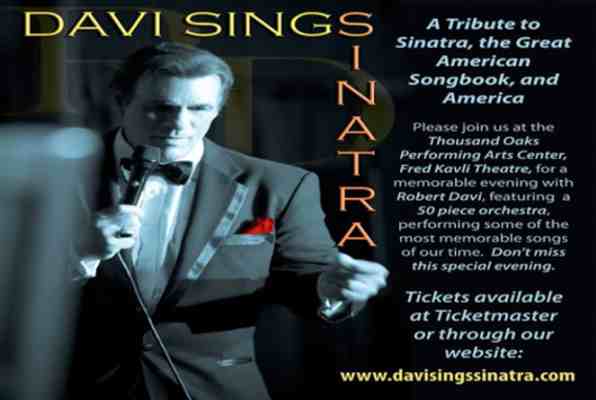 Movieguide® friend Robert Davi announces a new show. On January 15th, Robert Davi, backed by a 50 piece orchestra, will perform his show “DAVI SINGS SINATRA: A Tribute to Frank Sinatra, the Great American Songbook, and America,” at the Thousand Oaks Performing Arts Center in Los Angeles.  We encourage all those in the Los Angeles area to attend.

Davi will bring to life his love letter to Sinatra and The Great American Songbook – composed by many of America’s greatest songwriters and lyricists.  Sinatra, he believes, is the greatest singing genius that America has ever produced and the songs he sang represent nothing less than the “Shakespeare of America.” The Great American Songbook – composed in the early to mid 20th century – crossed and continues to cross all cultural boundaries. And why? They touch the heart and move the soul; they can bring you to tears; and they can make you swing. The American Songbook, in fact, is one of the reasons why the world fell in love with America and Sinatra is its definitive interpreter.

To buy tickets or for more information, CLICK HERE