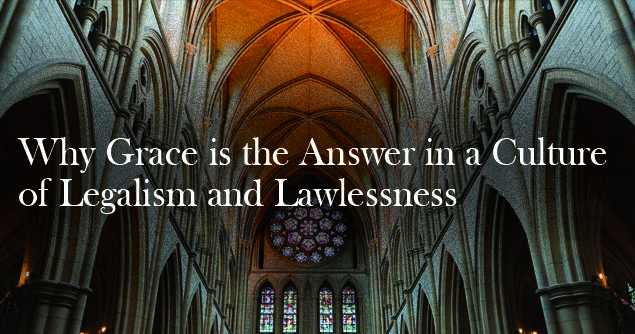 Every day people comment about the many attacks on the Church, from ISIS to governments around the world. These are incredibly disturbing and deserve our attention and our prayers, especially for laborers bringing the Good News to people who are persecuting us so they will be set free.

Of course, such attacks have happened frequently in history.

Internally, however, the Body of Christ also has been weakened by aberrant theology, which has affected the Church since the days of Jesus. At the time of St. Augustine, for example, North Africa was the Bible Belt and Breadbasket of the Roman Empire. In fact, North Africa produced some of the great theological patriarchs in Christendom. Consequently, there were four churches on every block. Within one generation, however, the vibrant Christian faith of North Africa was lost to the malignant invasion of the hyper-legalistic Muslims.

What caused the Christian faith’s sudden downfall in North Africa were two forms of aberrant theology that sapped its life.

One was Donatism, which Augustine refuted. The Donatists felt you couldn’t participate in communion, if you had compromised at all with the Roman Empire. It was a form of Christian Pharisaism, or legalism. Augustine pointed out that no man is righteous, as the Bible says, and the efficacy of baptism, communion and participation in the Church depends not on how good we are, but on how great God is. It is God’s grace that is being manifested, not our perfection allowing us to be holier than thou.

The other aberrant theology was a hyper-enthusiastic antinomianism, or lawlessness. This heresy announced that the Second Coming was close at hand, so when people heard about Islam, they mistakenly thought Mohammed was the fulfillment of this confused prophecy.

Today it’s easy to see these aberrant theologies clouding people’s views and sapping the Church’s vitality. With regard to movies, thanks to our persistent efforts, there are more scenes in churches, more visuals of Bibles, crosses and even Jesus, and more dramatic events that are soteriological or redemptive in nature. A contemporary atheist would be insulted for good reason. The Cross is offensive to atheists, not because the person wearing it is deserving or superior, but because it points to the power of God’s grace. The same is true of the Bible.

The Donatists, however, would say this person, such as Superman in MAN OF STEEL, is not a Christian, so there’s no reason to claim any Christian influence on the movie or those who see it. The fact of the matter is, the very stained glass window in the church scene in MAN OF STEEL isn’t a testimony of who Superman is, but who Jesus Christ is. Thus, it is an outward and visible sign of God’s grace. The fact that someone has put it into the movie, for whatever reason, is a testimony to Jesus Christ. Of course, there are conversions, but sanctification usually takes time and there is really no such thing as a perfectly sanctified Christian believer, so the Donatists would say such a person isn’t living like a Christian.

I came from the Dark Side. I grew up in the entertainment industry. I was doing all the wrong things, but God changed me.

Another example is that God changed Paul. Thus, if you read Paul’s Letter to the Galatians carefully, you’ll see Paul allowed God to transform him, and transformed he was.

The truth is, as the great theologians have always stated, it is God’s grace in us that makes the difference, not our own capabilities, abilities or intentions. When we get this point wrong, the legalism of Donatism eventually sets the stage for a more stringent, more vicious legalism, which is Islam. While Islam is more legalistic, to a cruel, cruel degree, it never understands or experiences the power of God’s grace, love, forgiveness, and transformation.

Revival depends on God. Let God arise, and love will prevail. We need more Christian references in movies and entertainment, and less Donatism in our cultural prejudices.

On the other hand, however, we also need to avoid being lawless or antinomian, which was the other force that sapped the strength of the Church in North Africa in the Fifth, Sixth and Seventh Centuries. Easy believism, or lawlessness, brought a backlash of frightening proportions with the rise of Islam.

However, easy believism or lawlessness isn’t cured by Donatism, and Donatism isn’t cured by antinomianism. They are cured by a personal relationship with Jesus Christ, a relationship that transforms us from the inside out, to experience God’s power and grace to do good because it sets us free of bondage to the forces of darkness.