Generation Z Is Less Promiscuous Than Millennials According to New Research 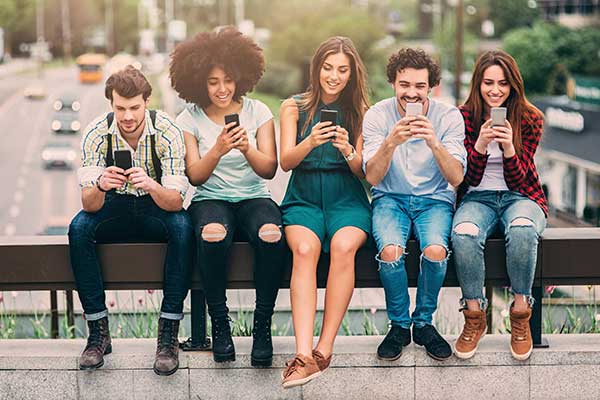 Generation Z Is Less Promiscuous Than Millennials According to New Research

Generation Z refers to persons born between the years of 1995 and 2012 (some sources differ on the start and end years). This means right now, we are raising up Gen-Zers as they’re coming of age. Although very young or not even born during major moments like 9/11 or Hurricane Katrina, Gen Z’s have a unique set of skills and viewpoints to offer society. In fact, Celebrities like Madeline Carrol (I CAN ONLY IMAGINE), Bailee Madison (COWGIRLS N’ ANGELS) and Sadie Robertson (DUCK DYNASTY), belong to Gen Z.

Below are just a few things that might aid your understanding of this upcoming generation.

This generation is growing up in the heyday of search engines like Google and Bing. Gone are the days of going to the library to search through periodicals and encyclopediae by hand. Gen Z has essentially never known a world devoid of the internet. The CEO of Ruby Tuesday restaurant chain, Ray Blanchette, weighs in on the subject. “They learn new information much more quickly than their predecessors.” Blanchette adapted to Gen Z’s learning technique by showing employees how to cook food using mobile videos, a language in which Gen Z is proficient. One could say Gen Z has capitalized on defining what a standard video tutorial even is. In fact, 80% of Gen Zer’s say YouTube has helped to sharpen their knowledge or improve a specific skill.

Unlike generations before, Gen Z isn’t gaining a knack for soft skills, like speaking face to face with employers or other professionals. Gen Z grew up in the heyday of texting and submitting applications online, so as Natasha Stough, director of campus recruiting at EY Chicago notes, getting employees comfortable with face-to-face interactions takes work. “We do have to coach our interns, ‘If you’re sitting five seats away from the client, and they’re around the corner, go talk to them,’” says Stough.

In 2008 when the economy tanked, many Gen Zers were paying close attention to the adults in their lives and how they handled their finances in the following years. Although they might not have understood the details of why or how all the money flowed, they most certainly want to avoid being in financial disarray.  “The oldest Gen Zers also are more interested in making work a central part of their lives and are more willing to work overtime than most millennials,” according to the University of Michigan’s annual survey of teenagers. A big part of this mentality comes out working in fear. Jean Twenge, professor of Psychology at San Diego State University says, “They’re really scared, that they’re not going to get the good job that everybody says they need to make it.”

The average American college student owes $28,500 in student loans. Collectively, the U.S. has around 1.5 trillion in student debt. According to a UCLA survey, “after seeing their millennial predecessors drown in student debt, Gen Z is trying to avoid that fate. The share of freshmen who used loans to pay for college peaked in 2009 at 53% and has declined almost every year since, falling to 47% in 2016.”

“Gen Z is reporting higher levels of anxiety and depression as teenagers and young adults than previous generations.” The findings from The Wall Street Journal continue, “About one in eight college freshmen felt depressed frequently in 2016, the highest level since UCLA began tracking it more than three decades ago.” Many factors are at play here, but social media could be a key factor in this mindset. In fact, one Gen Z’er said, “[social media] had a little too much power over my self-esteem,” before detoxing from her accounts.

Data from the University of Michigan suggests that Gen Z is less likely to party, drink or have sex than that of their millennial counterparts. Gen Z is very safety-concerned, which could be a reason they seem to practice mindfulness in these areas.