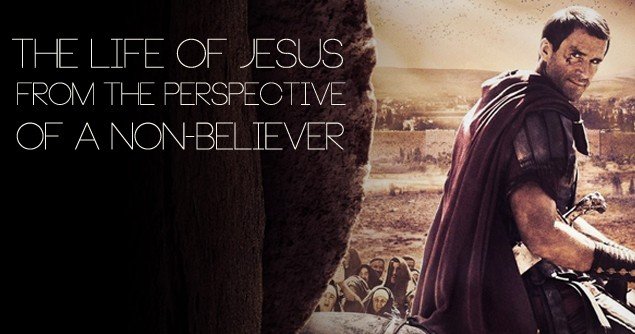 RISEN is a faith based movie by Affirm Films centered around the forty days between Jesus Christ’s resurrection and His ascension back to Heaven. Starring Joseph Fiennes (LUTHER) and directed by Kevin Reynolds (ROBIN HOOD: PRINCE OF THIEVES, THE COUNT OF MONTE CRISTO).

The plot focuses around Clavius, a fictional character who does not believe or follow Christ the Messiah, but as a Roman centurion, is commanded by Pontius Pilate to investigate the rumors of Jesus’s resurrection.

To better describe this character, senior vice-president of Affirm Films, Rich Peluso, sat down with The Blaze and gave them some thoughts as if they were coming from the mind of Clavius himself. “Of course, Jesus didn’t rise again. Of course it’s a hoax. The body’s missing; his followers have absconded with the body to keep the false movement going.”

Peluso then began to say that RISEN will present an “intersection between Scripture and historical fiction.” Already stirring some controversy, RISEN is bound to create discussions over how much creative liberties can be taken with adaptations of scripture, much like the movies NOAH: SON OF GOD and EXODUS: GODS AND KINGS. Peluso stated that, “Any time you deal with Scripture as your source material, there needs to be some creative license to kind of fill out the characters and the transitions between the set pieces and the action. Our goal was to make sure that we were harmonious with Scripture.”

Peluso then went on to explain why RISEN is a movie different from those like it saying, “Where most films about the life of Christ end at the crucifixion, ‘Risen’ really begins at the crucifixion and moves through the resurrection and the great commission and ascension.”

The team at Affirm Films got their first chance to work on this movie back in 2007, but due to certain circumstances, they were not able to move very far with it. Now years later, they got a second chance at the script, and with production almost completed, the movie is set to be released in theaters on January 22, 2016.