Prosecutor: Oscar Winning Movie May Have Inspired Couple to Murder Their Disabled Son 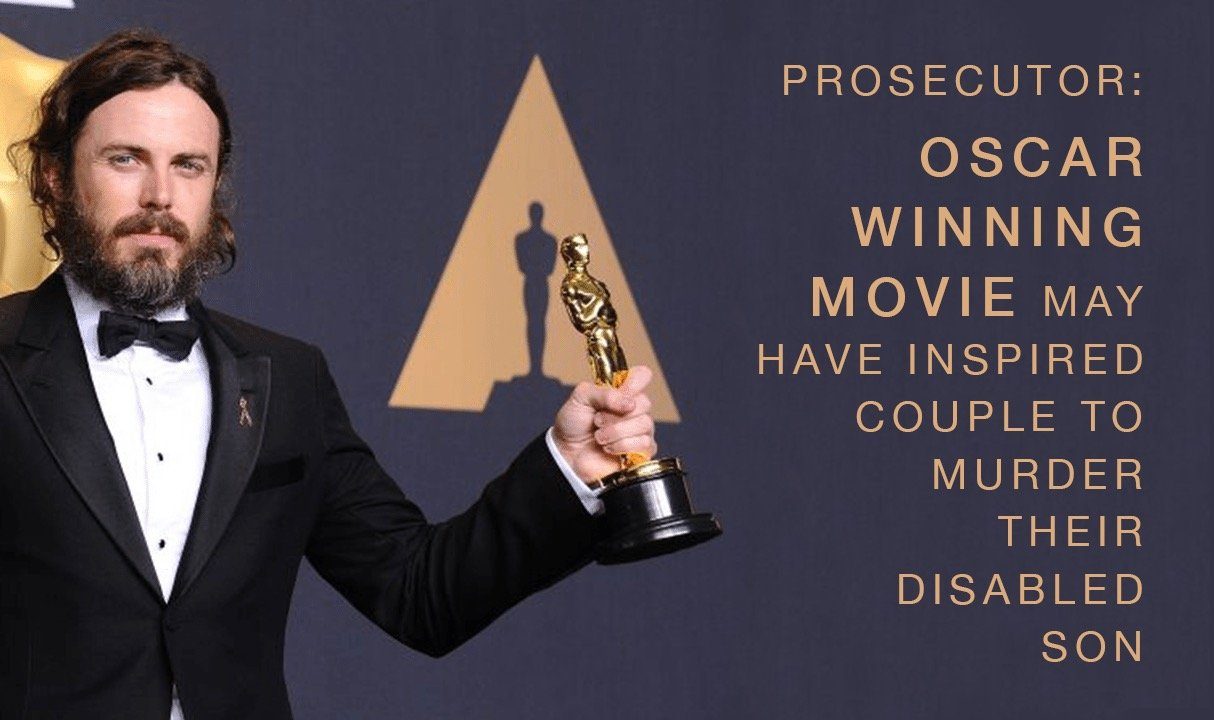 Prosecutor:  Oscar Winning Movie May Have Inspired Couple to Murder Their Disabled Son

In New York, Ernest and Heather Franklin were watching the movie MANCHESTER BY THE SEA starring Casey Affleck, who won Best Actor in a Motion Picture last month at the Oscars. Hours later, their 16-year-old adoptive disabled son, Jeffrey, was found dead after a fire had been reported at the house while both parents were out of the house.

MANCHESTER BY THE SEA is about a middle-aged man dealing with the grief from accidentally leaving a fire unattended that burns down his house and kills all his children.

According to the Associated Press, the public defender assigned to Ernest is “unclear” if the movie has any relevance in the case. The prosecutor, who believes the movie possibly led to the crime, said during the bail hearing, “Within two hours of that movie playing to this defendant and her husband, Jeffrey’s deceased.”

Read more about the case here.