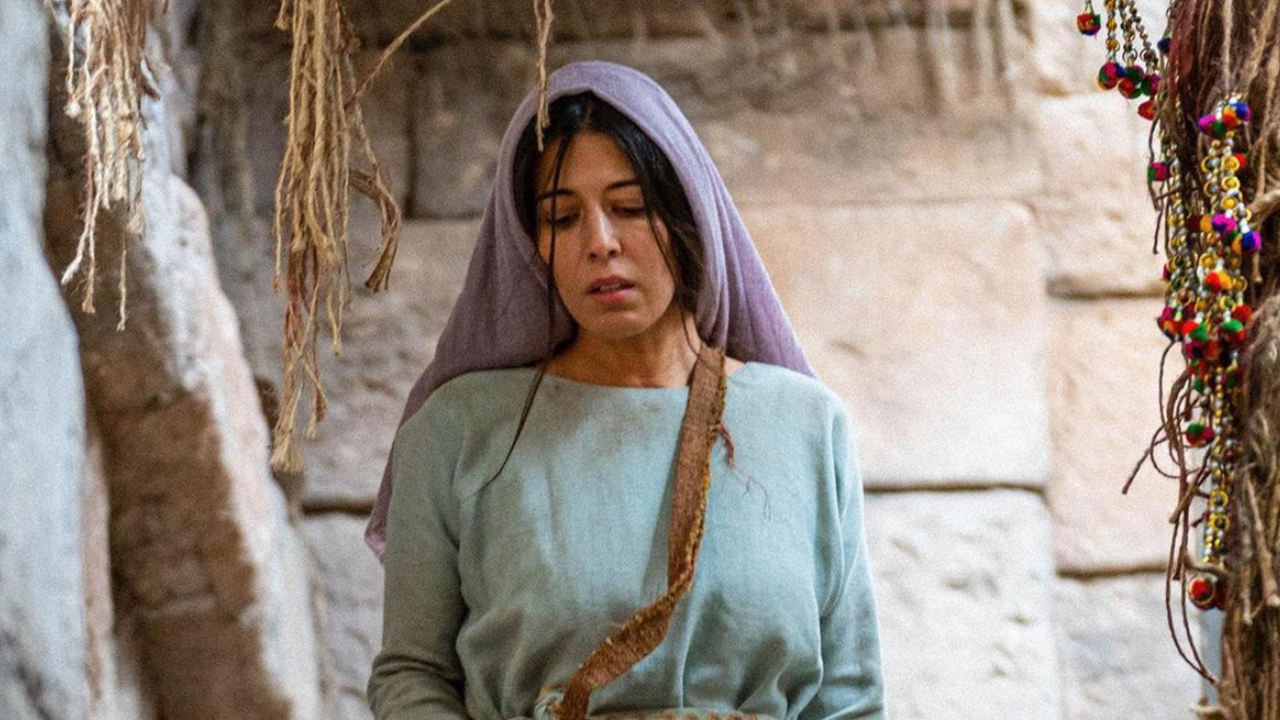 With season 2 (hopefully!) just around the corner, the cast of THE CHOSEN is just as excited as the audience to take a deeper look at the friends and family who surrounded Jesus.

For Elizabeth Tabish, who plays Mary Magdalene, and Paras Patel, who plays Matthew, Season 2 is an essential message for a hurting and broken world.

“This is so important for people to see,” Patel said. “[We should take] care of each other regardless of beliefs, politics and anything else that is used to divide us. We are all cut from the same cloth.”

Tabish added: “Jesus came to change everything. [He sees] past all the garments and all of their personas and right into the heart…They’re outsiders, they’re hurting, they want community, they want love, and He gives it to them. No matter who they are.”

Tabish also opened up about playing one of the Bible’s more popular ladies — Mary Magdalene.

“THE CHOSEN’s done a really cool job of creating a backstory for her,” Tabish told The Pastel Typewriter. “And there’s a scene in the Bible that I never realized until this show, that Jesus had cast out seven demons from her. And I was like, ‘How did I miss that?’ That’s a pretty big character development.”

Tabish also noted the transformation in Episode 1 of Season 1 that sees Jesus save Mary from her traumatic life. Mary lives in the Red Quarter of Capernaum and has been abused.

Until Jesus sets them free. Viewers see this first hand as Jesus approaches Mary and begins to minister her.

“It was the character description depicting Matthew as on the [Autism] spectrum and the writing that initially drew me to the project,” Patel said. “The impact the show has had on our audience and having underrepresented communities feel like they are finally getting the representation and acceptance they deserve on a mainstream show [keeps] my heart full.”

Patel continued: “Portraying Matthew on this show with Autism has been truly a humbling gift. My process of character development [has shown me] that we must continue to treat others with kindness and patience, no matter how different they may seem. We can all find common ground in one another, all it takes is communication and an open heart. Every time I step into the shoes of Matthew is a gift for me.”

Patel also said one of his goals was to create a relatable character.

“I think it was important to show Matthew as a flawed individual living through the circumstances life had offered him,” Patel said. “He lived a lonely life, where the only thing he knew to do was to use his brain to survive. I wanted people to see the human side of him and really connect, and understand why he was the way he was.”

He continued: “What I am really excited about for Season 2 is for the audience to see Matthew’s character evolve. He comes more into his own this season, and you begin to see his heart and who he really is. You also see him trying to adjust to his new life and really trying his best to adapt and be a team player despite the obstacles that come his way.”

Tabish echoed Patel’s sentiment: “I do think that a lot of the stories in THE CHOSEN are about lonely people…who need friendship and love. The stories are showing us, I think, ways to reach out…to people who really need connection and love, and give it to them. And [to make it known] when we need it too.”

Tabish noted the main difficulty for her and the CHOSEN creators was to represent Mary Magdalene accurately.

“The challenge with any sort of historical person is doing it justice…making sure that she’s not misrepresented,” Tabish said. “We do know what’s in the Bible, and we do know that she was very close to Jesus and a good friend, and so it’s wanting to honor that.”

Despite the difficult circumstances of filming during COVID-19, both Tabish and Patel said that the opportunity to be a part of THE CHOSEN had provided hope.

“This show has been a major turning point in my life,” Tabish said. “I’ve learned as an actor to not get my hopes up for things, but every time I get a bit of news about the show, it’s always exceeding my hopes and expectations.

“I can’t believe it’s happening and I’m here and I get to do what I love,” Tabish added. Her involvement in the show has reminded her that hardship won’t last forever. “The world seems really terrible but good things can happen.”

Patel added: “In times like these, what gives me hope is the belief that the only place to look to when you are at rock bottom, is up. It gets better and it will. Just keep going.”

Patel said his experience on the set of THE CHOSEN was also something he will cherish.

“We are a family on and off set,” Patel said. “I love everyone so much. In fact, I find myself already getting sad for when the journey will end in a few years, though I know we will all stay in touch! The set is different from other sets I have been on, in that there are no egos and we support each other and are just kind to one another.”