Touching Movie That Will Speak to the Autistic Community 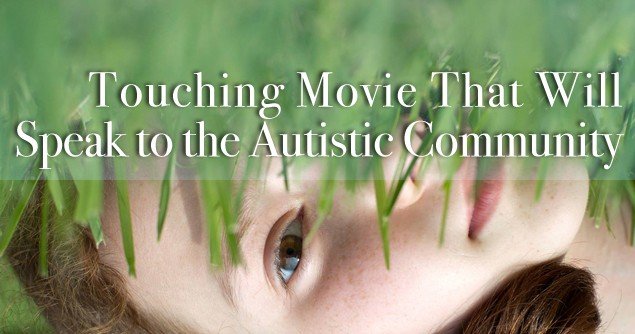 Touching Movie That Will Speak to the Autistic Community

The movie JACK OF THE RED HEARTS is a story that speaks to the autistic community in a different way, a group that is now made up of 1/68th of American Children. Starring AnnaSophia Robb, the movies tells the story of a teenage girl who learns love and compassion through an autistic girl. Movieguide® had the opportunity to talk to the screenwriter, Jennifer Deaton, who shared with us a powerful story behind the making of JACK OF THE RED HEARTS.

Q: What do you hope the message highlights about autism and as a writer, how did you feel connected to the story line:

Jennifer Deaton: The original inspiration of the story was an intersection of two different things: the Miracle Worker story and my brother’s precious family. As a teenager, I was inspired by Helen Keller’s eloquent essay on Optimism. Then years later, my niece, my brother’s daughter was severely impacted by autism.  I remember distinctly one day when I was babysitting her, when I literally fell on the floor from exhaustion, and thought to myself ‘if only my niece had an Annie Sullivan who could break through to her’ (in a way that I couldn’t).  Helen Keller was considered unreachable in her time, deaf and blind, unable to speak. Then, this unlikely hero comes along in the form of Annie Sullivan who breaks through into Helen’s seemingly unreachable mind. Annie Sullivan was nearly blind herself, she was a ward of the state, had lost a little brother. She was not the person anyone would have expected great things from.

So I thought of this as a modern day Miracle Worker: If autism is our present day conundrum, then a pathologically lying street kid who has no resources and no training could be the unlikely hero, could be the one to break through. In so doing, our chameleon-like con artist could find not only a sense of family, which she didn’t know was possible in her hardscrabble life, but also a sense of personal value in realizing that she could make a difference in this child’s life, even though she went in originally with purely selfish motives.

So for me, it’s a story about an unlikely hero. It wasn’t her own education and training that made a difference, (because she had none), but it was her persistence and relentlessness in making connection. Anyone with a loved one impacted by autism knows that relentlessness is required, and the family beats autism, not by curing it, though they would if they could, but they beat autism by clinging to each other through all of the challenges.

Incidentally, we the production team were awed to discover that our primary set (the family’s house in the movie) was located less than three miles from the Helen Keller National Center for Deaf-Blind Youths and Adults in New York, even though I had written the script from my home in Los Angeles, inspired by my brother’s family in Georgia, with no awareness that the film would end up being shot in New York. There were “coincidences” like that which felt like God had a hand in it.

3. How does Donna’s heart change after her relationship with GLORY?

At first, “Donna”/Jack goes in with no compassion, no intention of actually trying to do the job. After all, Glory is non-verbal; Glory can’t tell the rest of the family the truth about how “Donna” is really spending their time.  “Donna”/Jack is just looking for a situation that will serve her own agenda. Then Donna/Jack starts to identify with Glory, with how no one expects much of the little girl.  Jack has to prove herself to keep the job, but she also wants to prove Glory, that Glory has potential that hasn’t been tapped.    If you have a loved one impacted by autism, you have that sense that there is potential in there, if only you could help it break out.  In working with Glory, in sincerely trying to break through to her, Jack comes to love her and care about her.  So in the end, Spoiler Alert: “Donna”/Jack is willing to risk her own incarceration to be there for Glory in a way that is crucial to Glory’s future. At the beginning of the story, Jack risks her own little sister for what Jack wants; but by the end of the story, she realizes love means risking one’s self for the other.

It’s not just Jack’s relationship with Glory that changes her, it’s Jack’s experience of the family. Her own mother deceased, no father in the picture, living on the streets, Jack intends to exploit this family, probably believes that the concept of a family is more cliché than true, but she gradually ends up feeling like a member of this family in a way, with all its faults and conflicts, it’s a safe loving place.  She belongs. She also meets a need in being there for the mom Kay. For the first time, Kay has a “daughter” in the house, who can actually talk back to her.  There’s a surrogacy between these two main characters Jack and Kay that is the heart of the transformation in the story.

4. How did you come across the actor who played GLORY?

Taylor Richardson, who had performed as Annie on Broadway, demonstrated incredible emotional immediacy and fluidity but she had no extensive familiarity with autism. The director Janet gave Taylor a few documentaries to watch and some articles to read, then brought her back the following week. Janet did improvisational exercises with Taylor as part of her second audition. Taylor brilliantly absorbed the life conditions of a person on the spectrum. People in the autism community know how it can look like abuse from the outside, just trying to deal with a tantrum.   Taylor showed incredible bravery in these auditions; she was able to “go there” in a way that wasn’t scripted, but that was intuitive.

Taylor had done such a great job in becoming Glory that I totally forgot that she had been on Broadway as Annie.