Why This UNPLANNED Actress Chooses to Lean on Matthew 6:33 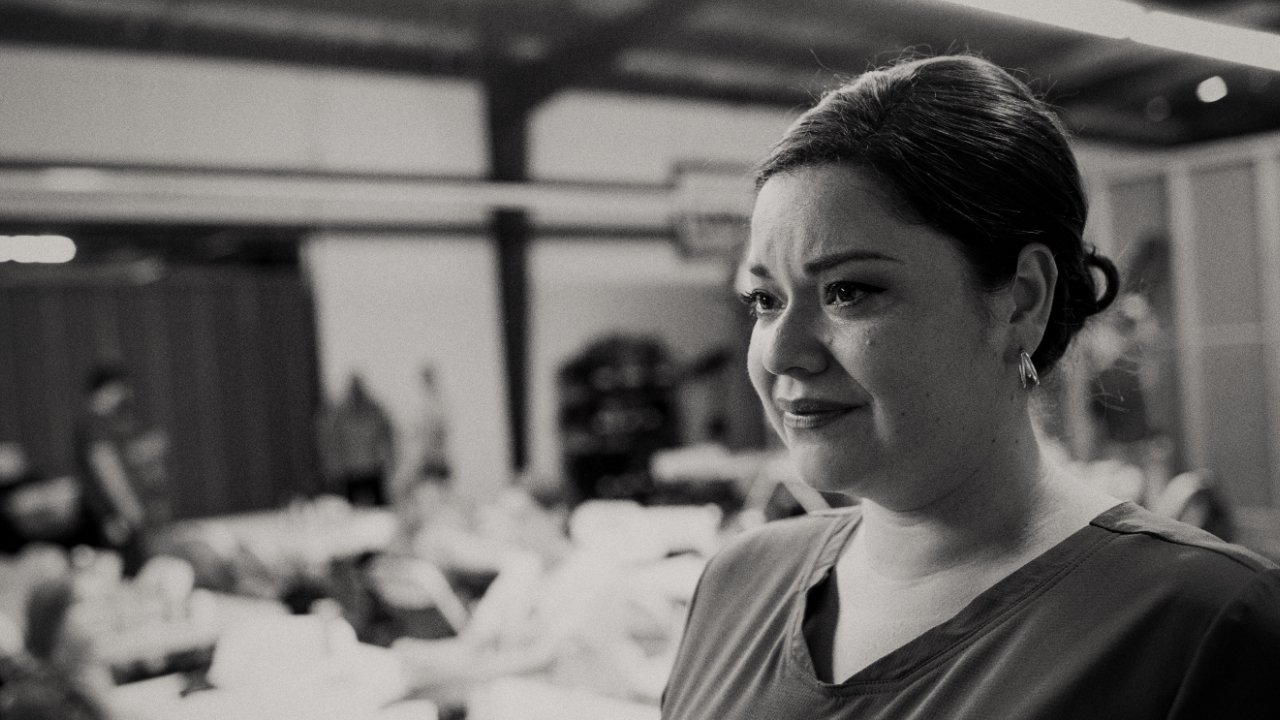 Why This UNPLANNED Actress Chooses to Lean on Matthew 6:33

To act in Hollywood or to not act in Hollywood? That was the question that concerned UNPLANNED actress Sarah Hernandez, right before she got the opportunity to star in a faith-based pro-life movie.

Although raised in a Christian home, Hernandez didn’t surrender her life to Jesus until she was 21 years old. Prior to making Jesus the boss of her life, Hernandez had some bit roles on TV and feature-movies, but felt God calling her in a different direction.

“At 22, I decided, I felt God tugging on my heart to take a break from Hollywood. And God was putting on my heart, Matthew 6:33, to seek first the kingdom, and His righteousness and everything else would be added,” Hernandez told Movieguide®.

The verse would carry significant weight in the future as well, but she didn’t know it just yet.

“[After deciding to leave Hollywood] I ended up in a small little retail job in Orange County, California at a Christian bookstore called Family Christian Stores. I started working there and quickly got into leadership and some management and ended up working at this little bookstore for seven years total. It was during my time there that I would watch all these faith-based films that just… blew my mind because I thought to myself, why would you take me out of Hollywood if these guys could have found me, and I could have worked with them and took my craft and used it to glorify you? Now? I don’t have an agent. I don’t have a manager Lord, I don’t understand….”

The confusion continued in her heart until she talked with some wise friends.

“I had shared with them that I was struggling to see how God could take me out of somewhere and then send me back,” Hernandez recalled. “I thought maybe this could be the devil trying to mess with me, and I’m supposed to do God’s will and not my will….” They were like, ‘What about Moses? You know the Lord, let him be a son of Pharaoh, and he was in Egypt. Then, [God] chose Moses chose to suffer with his people.  Then, God called him in the desert in the burning bush and then sent him back to get out his people.’”

The conversation made Hernandez think deeply about her calling in life. She remembered, “I was like, God sent him back to do His will. [Which made me think] Huh, okay, I guess I could see how God could send me back into Hollywood to do something for Him.”

Related: Pro-Life Movie UNPLANNED Shocks Hollywood by Coming in at #4 at the Box Office

Through working at this Christian bookstore, God placed a Christian actress at her bookstore who, through a series of contacts, connected her with GOD’S NOT DEAD writer/director duo Cary Solomon and Chuck Konzleman.

The pair took her to coffee and offered her the role of Elena in their new movie; UNPLANNED. “that’s how I was cast in the movie, literally,” Hernandez said.

BIG NEWS!! We release @unplannedmovie all across CANADA in the next two days! Yes it’s true! Canadians wanted to see UNPLANNED and we are bringing it to them! It hasn’t hit me yet that I will have a movie in theaters again in another country. It’s such an awesome work of God! I’m just gonna let that sink in for a moment. I knew this movie wasn’t just for us in America, it’s a message meant for the Nations! I’m so grateful to be apart of this powerful life changing true story. If you haven’t seen it yet in America, freak not! It will be available on DVD and streaming very soon!! . . . . . . Funny fact: I’ve been approached and asked several times if I’m @prolifeabbyjohnson or if I play her in the movie. Could you guys see why??? ???‍♀️?? . . . . #unplannedmovie #unplannedcanada #myunplannedstory #abbyjohnson #truestory #actorsthatinspire #chooselife #lovethemboth #answeredprayer #unplannedinternational #andthentherewerenone #savethestorks #coalitionforlife #40daysforlife

A post shared by Sarah Hernandez (@sarahhernandezofficial) on Jul 9, 2019 at 8:22pm PDT

Matthew 6:33 came across her mind with the Lord’s provision for her to act in a movie that edified faith and family values as well as work with directors she admired from selling their movies in her Christian bookstore job.

Hernandez calls it one of her life verses, which also helps her not place idols in her life that could detract her from God’s calling for her.

Now, with the DVD release of UNPLANNED, Hernandez feels a tug to share her compelling testimony with others and is working with Abby Johnson, whose real-life is the foundation for UNPLANNED to make that dream a reality.

Related: Pro-Life Movie UNPLANNED a ‘Best-Seller’ Before Releasing on DVD

Just days after UNPLANNED released on DVD, Hernandez highlighted the humbling posture of what the movie communicates to audiences.

“[UNPLANNED’S success] shows that people are hungry for truth. People want to see content that is wholesome, that is family friendly, that is good, intended, that is true, that is going to impact and change their lives, and UNPLANNED has impacted so many men and women for life again, and it’s given them hope, and inspired them to continue to speak up for truth.”