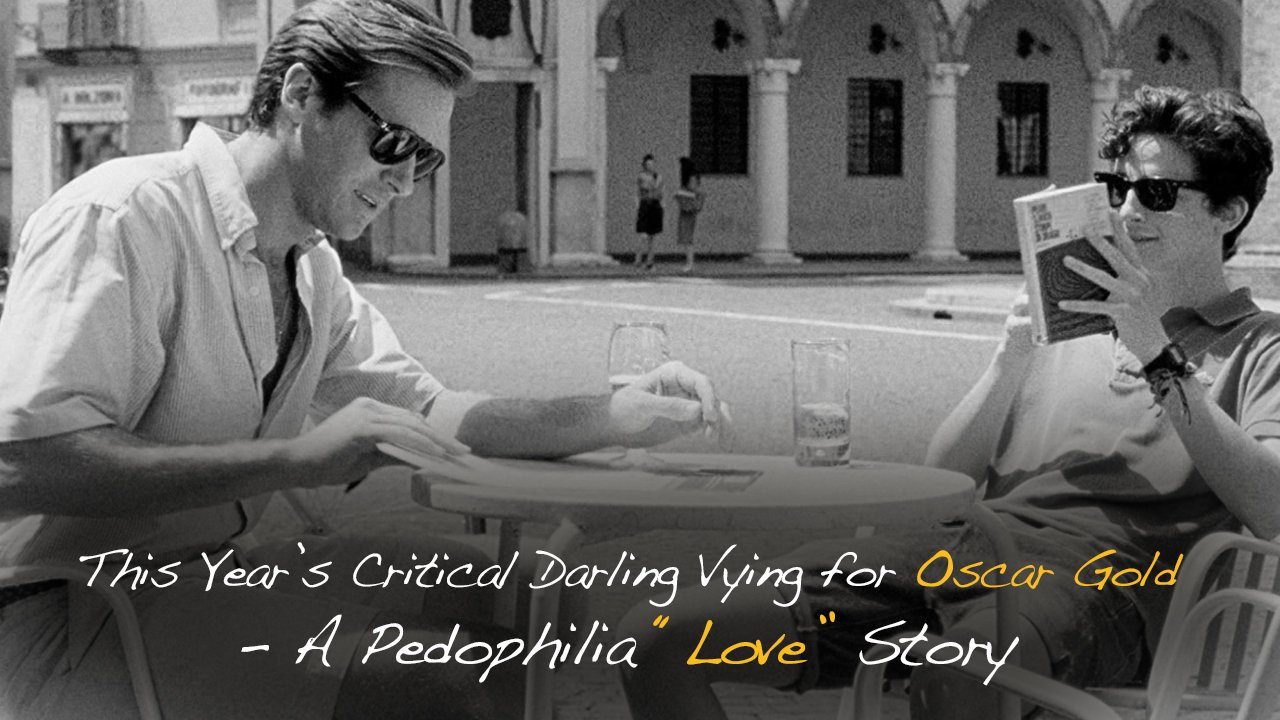 Critics are drooling this fall over the Sundance hit CALL ME BY YOUR NAME, a drama about a 17-year-old male student living with his parents in Italy who’s wooed into a homosexual relationship by a 24-year-old grad student played by Armie Hammer. None of the reviews from the major publications seemed to even notice this age discrepancy and almost unilaterally praised the movie’s so-called “sensual” sex scenes.

At least one homosexual author, Chad Felix Greene, has come out against the movie’s promotion of sexual relationships between men and boys. He wrote, “For me it is simply an issue of responsible adult decision-making. When an adult has sex with a teenager, they are being selfish, fulfilling their own temporary desires. They do not recognize or possibly even care about the impact that encounter can have on a very young and impressionable mind trapped between finding security in who they are and assuming more wisdom than they currently have.”

Greene came under fire from the left for his comments. Many people argued that the relationship in the movie was “consensual,” or that the legal age of consent in Italy is 14 (as if that had anything to do with objective moral values and ethics!!!).

Of course, for the radical left, why stop at 14? In fact, many activists in Italy in the mid 1980s actually tried to lower the age of consent to 12! Or, why not go a step further and take away any age requirement whatsoever as in some Islamic countries such as Saudi Arabia, where you can do whatever you want as long as you’re married?

Hardly a week goes by these days without seeing a news story about a teacher on trial for having sex with one of their students, including teenagers much younger than 17, and it is perverse movies like CALL ME BY YOUR NAME that embolden this kind of moral and psychological depravity.

Greene continued in his article, “As a society it is time we recognize that the liberal obsession with inverse autonomy (5-year-olds can choose their gender, but 25-year-olds cannot provide for themselves without government assistance) is placing real lives in real danger. . . . The sheer number of people arguing in favor [of] an age of consent at 14 … should be enough of a wakeup call for everyone.”

Movieguide® calls on Sony Picture Classics to pull CALL ME BY YOUR NAME from their release schedule. Sexual exploitation has plagued this world enough, and the last thing that should be celebrated is a story about pedophilia lust for underage children.