I AM ALL GIRLS

"The Cost of Justice" 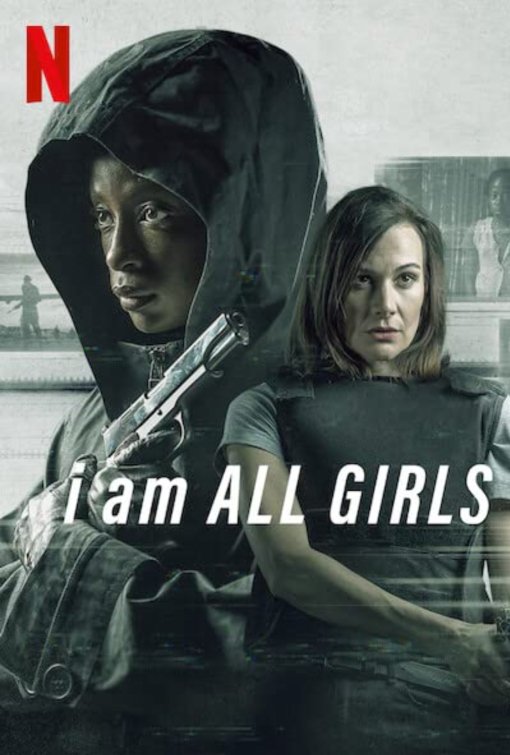 I AM ALL GIRLS is a crime drama streaming on Netflix based on true events of human trafficking in South Africa. The movie follows a special crimes investigator, Jodie, whose passion is to bring down a global child sex trafficking syndicate. However, Jodie is willing to go against law enforcement rules to bring the perpetrators to justice. As a result, she’s taken off the case. Jodie forms a bond with a co-worker referred to as Ntombi. As they continue the investigation off the books, Jodie faces moral dilemma after moral dilemma.

Based on true events, I AM ALL GIRLS is a visceral movie that powerfully depicts the tragedy of child sex trafficking. The movie is well-produced with a clear plot and great visual storytelling. The main characters are passionate about justice and sacrifice themselves to free as many children as possible. To do this, they must disobey orders from law enforcement. The movie ultimately explores its heavy subject matter with nuance and tact. However, I AM ALL GIRLS has lots of foul language and some intense violence. So, MOVIEGUIDE® advises extreme caution.

(BB, LLL, VV, S, N, AA, DD, M):
Dominant Worldview and Other Worldview Content/Elements:
Strong moral worldview where the consequences of injustice and a lack of integrity are severe, but there are no religious elements
Foul Language:
At least 28 obscenities (about 15 “f” words), plus some harsh language used by human traffickers to describe their victims
Violence:
Intense implied sexual violence, while the majority of sexual violence is implied, it should be noted that the subject matter is heavy and intense, plus there are also several shootings with blood, as well as a serial killings (one of the ways the serial killer is identified is by using a knife to cut the names of the trafficked victims into the criminal’s chest), a car crash, and other non-bloody elements involving gunshot wounds
Sex:
Some scenes in brothels, including children are shown there, but nothing depicted, and implied child sex abuse
Nudity:
Brief upper male nudity
Alcohol Use:
Casual drinking, plus some scenes with implied drunkenness
Smoking and/or Drug Use and Abuse:
No smoking but implied drug abuse;
Miscellaneous Immorality:
The movie does a good job of taking heavy subject matter and addressing it with tact and nuance, that being said the implied sexual violence, dishonesty and general lack of integrity carry throughout the movie.

I AM ALL GIRLS is a new drama streaming on Netflix about a special crimes investigator and her efforts to bring down a child sex trafficking syndicate in South Africa.

The movie opens as a group of young girls are being transported in the back of truck across South Africa in 1994. Interspersed are scenes where a mysterious person wearing a mask watches a confession tape of the man who is transporting the girls in the truck.

The group of girls are dropped off at a nice-looking house, and a man sends all the girls but one on a plane. It’s clear that this man is the central contact for the trafficking ring that’s transporting the children in and out of South Africa.

The movie fast forwards, and the audience is introduced to special crimes investigator, Jodie, as she and her team are conducting a search. The team finds the house empty. During the mission debrief, viewers learn that Jodie has hit dead end after dead end on this particular trafficking case.

Her head of command tells her to take another case. Jodie is beyond frustrated but, with the help of her good friend Ntombi and another agent, she continues to investigate the case anyway. Seemingly connected to the disappearance of a group of girls and the trafficking is a serial killer who kills known partners within the trafficking syndicate.

Jodie is passionate about saving as many children as possible, so she often disobeys authority. As a result, she’s ordered to take three months off from all detective work. However, Jodie can’t help but continue to work on the case. As she finally begins to make important discoveries, Jodie is faced with difficult moral dilemmas that could compromise not only her life, but also the lives of those closest to her.

Based on true events, I AM ALL GIRLS is a visceral movie that powerfully depicts the tragedy of child sex trafficking in South Africa. The movie is well-produced with a clear plot and great visual storytelling. The main characters are passionate about justice and sacrifice themselves to free as many children as possible. To do this, they must disobey orders from law enforcement. The movie ultimately explores the heavy subject matter with nuance and tact. However, due to some intense violence and lots of strong foul language, MOVIEGUIDE® advises extreme caution.