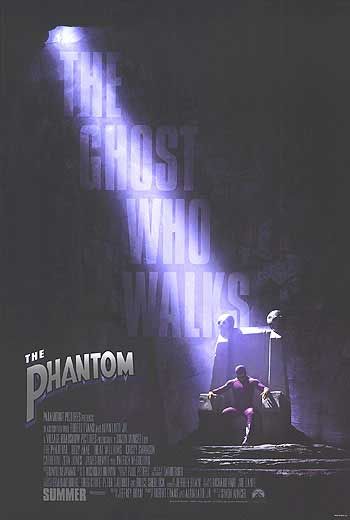 In THE PHANTOM, based on the comic book, Billy Zane plays the man in purple tights and fights Xandor Drax in a quest for three ancient and magical skulls. When the skulls come together, they give their owner super powers. Regrettably, aside from two positive references to God and faith, the movie is laced with spiritism and occultism.

THE PHANTOM is an earnest try at a comic adventure, but it doesn’t have the nobility of JUNGLE BOOK, the depth of BATMAN, or the allegory of INDIANA JONES. The movie opens four hundred and fifty years ago, as pirates are attacking a merchant ship and killing the captain. The captain’s young son is captured by friendly natives on the Island of Bengalla, who initiated him into the tribal spirits, and thus he becomes the first Phantom, the ghost who walks, a legend in purple tights. Four hundred years later, it is now 1938. Cruel adventurers have invaded Bengalla looking for a silver skull. They find it but are confronted by spirits of the dead and the Phantom. In spite of the Phantom’s great prowess, one of the thieves escapes with the skull. The Phantom discovers there are three skulls and that once they are brought together, they will have more power than man has ever known. The Phantom must find the three skulls, before power hungry Xandor Drax does.

For a comic book story, this plot meanders all over the map literally and figuratively. The story doesn’t work, the casting is misguided and the direction is spotty. Incongruities abound in the film. Regrettably, aside from two positive references to God and faith, the movie is laced with spiritism and occultism. Although this is an earnest attempt at family fare, it misses the mark.