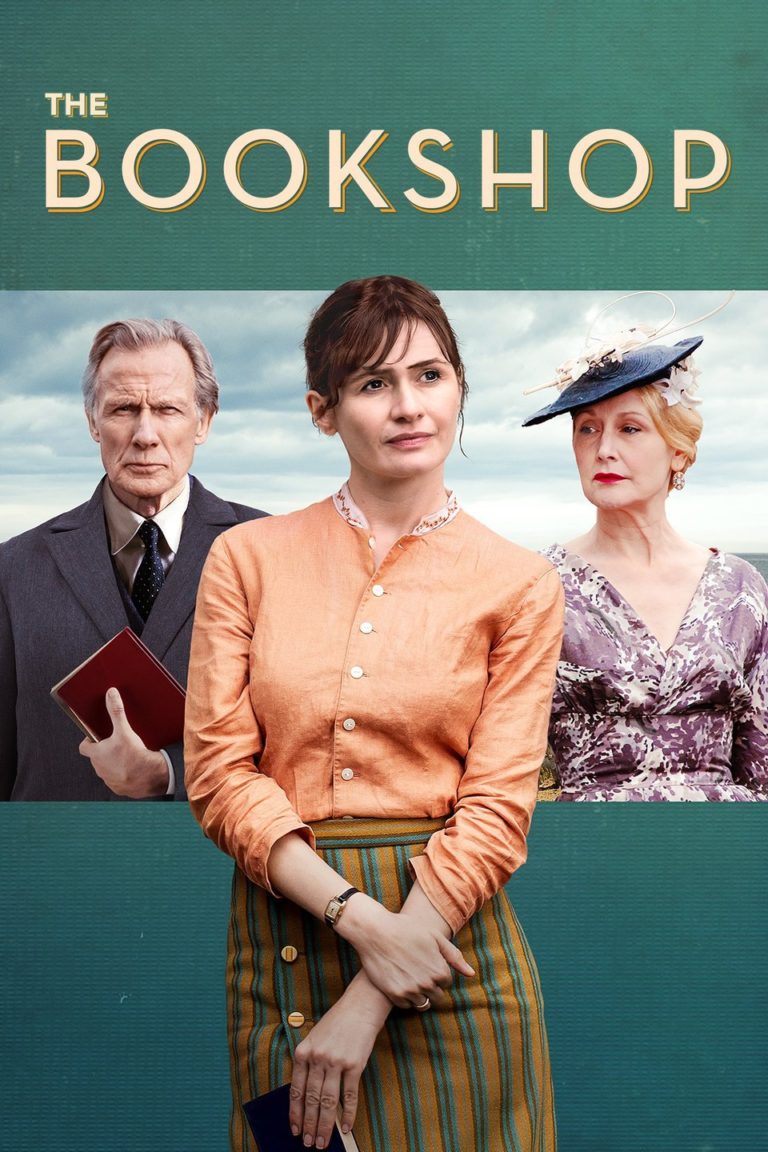 THE BOOKSHOP is set in 1957 in Northern Ireland. Florence Green, a widow, looks to start a new chapter in her life by opening a bookshop in the little town where she was reared. Florence hires a 12-year-old girl, Christine, as her assistant. A powerful local woman named Violet wants to convert the bookshop into an arts center. With Florence facing impending eviction, her new friend, Edmund, visits Violet to ask her to stop her opposition, but Violet refuses. A surprise twist concludes the movie in an unexpected and sad yet somehow satisfying way.

Rated PG, THE BOOKSHOP is fairly clean. It does have three light obscenities and a scene with slightly provocative cartoons on some greeting cards. The problem is, the movie has a strong Romantic worldview about pursuing dreams as a means to happiness. THE BOOKSHOP has strong pro-capitalist elements and light moral elements of opening a business and demonstrating courage amidst trials and obstacles. These positive elements are mitigated by strong feminist elements. Also, Florence doesn’t always have a positive influence on young Christine. Overall, therefore, MOVIEGUIDE® advises extreme caution.

(RoRo, FeFeFe, CapCap, B, L, V, S, A, M):
Dominant Worldview and Other Worldview Content/Elements:
Strong Romantic, feminist worldview of a widowed woman chasing and pursuing dreams as a means to personal happiness, mitigated by some strong capitalist and light moral elements of trying to open a business and demonstrating courage amidst trials and obstacles from others;
Foul Language:
Three light obscenities;
Violence:
Arson;
Sex:
One depiction of light provocative cartoons on the cover of a greeting card;
Nudity:
No nudity;
Alcohol Use:
Low level alcohol use includes one scene of a man offering liquor to a visitor;
Smoking and/or Drug Use and Abuse:
Brief smoking by one person but no drugs; and,
Miscellaneous Immorality:
Light miscellaneous immorality such as revenge, greed, sexism, gossip, bad role models, teenage rebellion, and dysfunctional family content.

In THE BOOKSHOP, set in 1957 in Northern Ireland, a widowed woman wants to realize her dream to open a bookshop in the little town where she grew up, but each person she encounters there emphatically declares they don’t like reading.

Florence Green loves books and wants to honor her late beloved husband because they met in a bookstore. Florence attends a fancy party, where she learns that many rich people in the town have different plans for her and the house she’s transforming into her bookshop. Florence leaves the party feeling like a laughing stock in the town for even attempting to pursue this dream.

Enlisting the help of some boy scouts, Florence gets her bookshop running. She also hires a 12-year-old girl, Christine, who hates books but has a change of heart after she works regularly at the shop. People in town also begin loving the bookshop, including Edmund, a fellow widower who has the same love of books as Florence, but hasn’t read a good book in many years. After Florence ships him several books she’s read, he invites her to his home, and the two become friends. One of the books is Ray Bradbury’s brilliant FAHRENHEIT 451, but another book is Vladimir Nabokov’s notorious novel LOLITA.

The only person who doesn’t like the bookshop, or Florence, is Violet Gamart, a rich and powerful woman who won’t stop until she closes the bookshop and turns it into an arts center. Violet enlists the help of her nephew to write a new law that buildings must be uninhabited for at least five years before being occupied. Now being taken to court over the violation of this new law, Edmund asks Violet to stop her crusade, but she refuses. Having to leave her home and sell her business, Florence leaves town, to the chagrin of some and the happiness of others. A surprise twist at the end concludes the story in an unexpected and sad yet somehow satisfying way.

If moviegoers are looking for a fast-paced, plot twisting thriller, they won’t find it here. The movie has a slow-moving plot, and viewers who don’t enjoy reading books won’t appreciate Florence’s love for the written word. However, all viewers will be able to relate to Florence’s determination to realize her dream and make a difference in her town and society as a whole. Women in particular will forge a figurative bond with Florence for the many people (particularly men) who try to talk her out of running a business, because she couldn’t possibly know how to run one being a woman.

Emily Mortimer delivers a great performance of a strong, yet subtle female lead character. She doesn’t force her ideals on others, but by example silently influences everyone in town that reading expands the minds and, in turn, invites them into adventures they have never even imagined. This is different than most female modern characters who appear to force others into their way of thinking. Florence Green is a great role model for young women who dream big as well as for the naysayers who want her to dream small.

It’s clear from the movie’s first five minutes, however, that THE BOOKSHOP is more than just a woman trying to run a business. It’s more about the tensions between traditional female roles and a strong female character who doesn’t fit society’s mold. The 1959 Irish setting, costumes and antique props enhance the ambience of the movie and adds to the culture prevalent during this time in history. A narrator who interjects Florence’s thoughts to the audience also adds to THE BOOKSHOP’s artistic quality and overall entertainment value. Fans of DOWNTON ABBEY may enjoy this movie simply as an escape to a simpler time and will be equally entertained by the occasional comical quips of the characters.

THE BOOKSHOP is extremely clean and relatable. One scene of some slightly provocative cartoons sketched on some greeting cards in the bookshop is the movie’s only sexual element. THE BOOKSHOP also has three light obscenities.

The problem is that the movie has a strong Romantic worldview about chasing and pursuing dreams as a means to personal happiness. A positive aspect to that, however, is the movie’s suggest that, if you dream big enough, your dreams just might come true. THE BOOKSHOP also has strong pro-capitalist elements and light moral elements of trying to open a business and demonstrating courage amidst trials and obstacles from others. These positive elements are mitigated by the movie’s strong feminist outlook. Also, Florence doesn’t always have a positive influence on young Christine.