"The Greatest Sermon Ever Told" 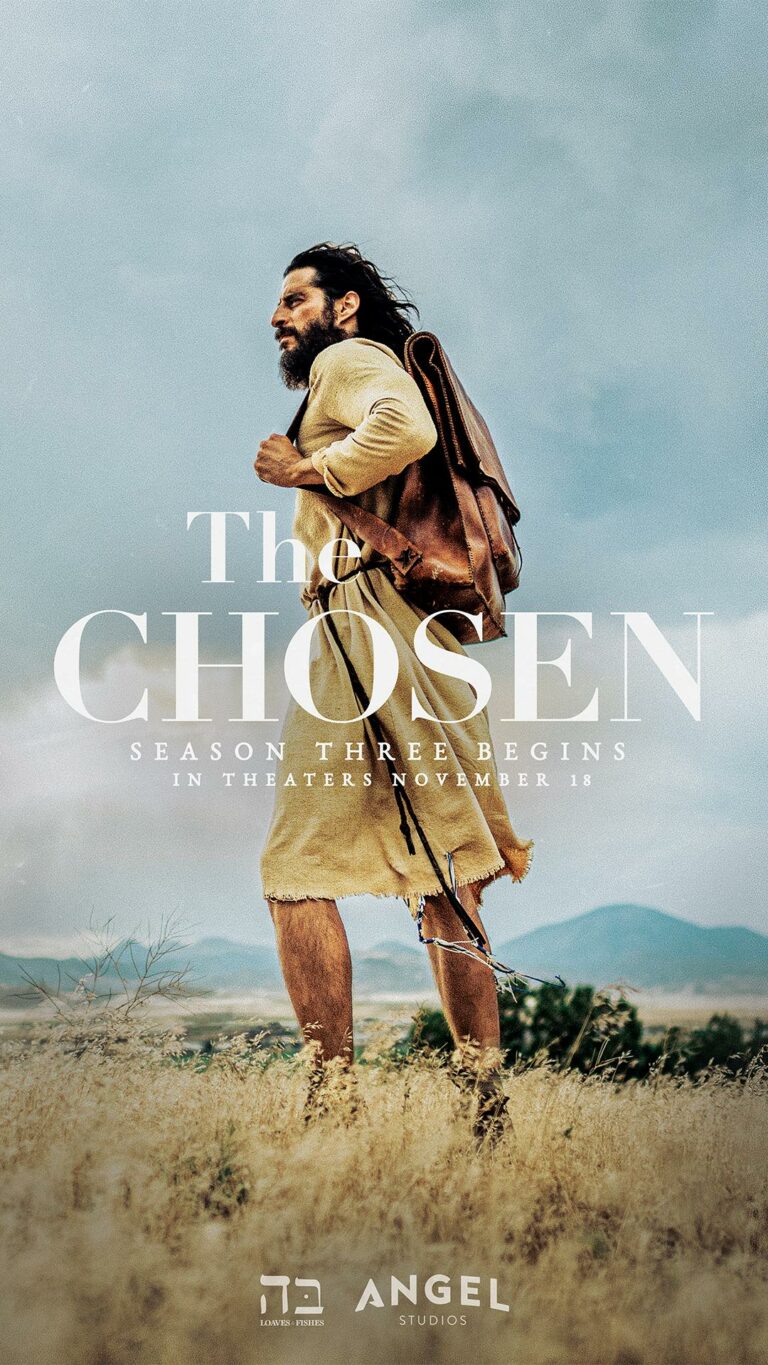 THE CHOSEN SEASON 3: EPISODE 1 & 2 is a theatrical release of the first two episodes of Season 3 of the crowd-funded show about the life of Jesus Christ. The first episode, “Homecoming,” begins with Christ’s Sermon on the Mount. The sermon brings more followers to the truth but also reveals more enemies of Jesus and his disciples. After Jesus finishes, the disciples travel home and reunite with family while Andrew visits John the Baptist in Prison. The theatrical experience flows straight into episode two, “Two by Two.” In this episode, the disciples are anticipating how Jesus will proceed with His ministry as the Romans and the Pharisees grow more suspicious.

THE CHOSEN SEASON 3: EPISODE 1 & 2 combines the first two episodes of the season in an uplifting, Christ-centered way. The episodes champion the Bible, Jesus and the truth of His teaching to all people. The camerawork and acting are high quality. However, the nature of having two episodes instead of a normal movie results in some pacing issues with the theatrical experience. That said, THE CHOSEN is an inspiring, faith-filled, biblical movie safe for the whole family.

(CCC, BBB, V, S, A):
Dominant Worldview and Other Worldview Content/Elements:
Very strong Christian, biblical worldview focuses on Jesus Christ and His teachings, and stays true to the Word of God, with much of the dialogue being quotes lifted straight from the biblical text
Foul Language:
No foul language
Violence:
Some mild peril, assassins track Jesus, disciples’ lives are threatened due to their pasts or association to Jesus, some of the Romans can be harsh toward Jews, tempers often flare up between the disciples of Jesus
Sex:
No sex scenes, but there are a few mild suggestive comments, and Simon Peter and his wife, Eden, kiss
Nudity:
No nudity Alcohol Use/Abuse: Characters drink wine, which is historically accurate to the time
Smoking and/or Drug Use and Abuse:
No smoking or drugs;
Miscellaneous Immorality:
Nothing else objectionable.

THE CHOSEN SEASON 3: EPISODE 1 & 2 is a theatrical release of the first two episodes of Season 3 of the crowd-funded show about Jesus Christ and tells the story of the Sermon on the Mount and Jesus sending the 12 apostles on missionary journeys in pairs. THE CHOSEN SEASON 3: EPISODES 1 & 2 creates an inspiring, Christ-centered experience for the whole family and champions the Bible, Jesus and the truth of Christ’s teaching to all people.

The theatrical debut contains an intro by the show’s creator, Dallas Jenkins, as well as a song performed by Christian artist Matt Maher called, “The In-Between.” The song is inspired by one of the quotes from the program by Mary Magdalene, where she says, “I was one way and now I am completely different and the thing that happened in between was him.”

The first episode, titled “Homecoming,” picks up where THE CHOSEN: Season 2 left off, with Jesus preparing to give the Sermon on the mount. The crowd is tremendous, and people from all over come to hear Jesus speak.

Some are shown to respond to the truth of Christ’s words and believe in him, while others grow angry towards His teachings, namely the Pharisees and some Romans. THE CHOSEN explores the idea that even some of the Romans heard Christ’s words and began to believe Jesus is the Messiah, or the Christ.

Following the Sermon on the Mount, Jesus and his disciples part ways for a time to rest. Most of the disciples go home and visit their families. Disciples whose families live far away stay in the homes of fellow disciples.

Andrew, however, goes to visit John the Baptist, who’s been imprisoned. This episode also dives into some backstory about the apostle Matthew, and how his decision to become a tax collector turned his father and mother against him.

Even after the Sermon on the Mount, the disciples are anxious for various reasons. As tensions rise among the disciples, their families and their pasts, they struggle to trust in the Messiah who they’ve pledged their lives to serving.

The theatrical experience flows straight into the second episode of the season, which is titled “Two by Two.” The disciples continue to rest with family and anxiously await what will be next for them and their ministry with Jesus.

In the meantime, Thomas believes he’s ready to marry Ramah and asks for Jesus’ blessing. Simon Peter is enjoying spending time with his wife, Eden, despite other disciples living in their home. The episode also follows Judas, the newest member of the group. He’s ready to follow Jesus and says goodbye to his sister.

At the end of the second episode, Jesus gathers his disciples and informs them that they will split up into pairs and embark on missionary journeys of their own. Some are excited, others are reluctant, and most are anxious. However, they trust that Jesus’ will is the best way forward and are all-in to expand the kingdom of God.

The two-episode feature contains many quotations from Scripture that will inspire and uplift viewers with the hope, truth and peace that can only come from Jesus Christ and God’s Word Written. The episodes provide a firm launching point for the rest of the season, as the disciples struggle to obey their Messiah and trust his plan for the ministry of the Father amidst increasing dangers all around them.

THE CHOSEN SEASON 3: EPISODE 1 & 2 champion the Bible, Jesus and the truth of His teachings. The camerawork and acting are theatrical-level quality. However, the nature of having two episodes instead of a normal movie does result in some pacing issues with the theatrical experience. That said, THE CHOSEN SEASON 3: EPISODE 1 & 2 is an inspiring, faith-filled, biblical movie safe for the whole family.