"A Great Christmas Movie for Everyone" 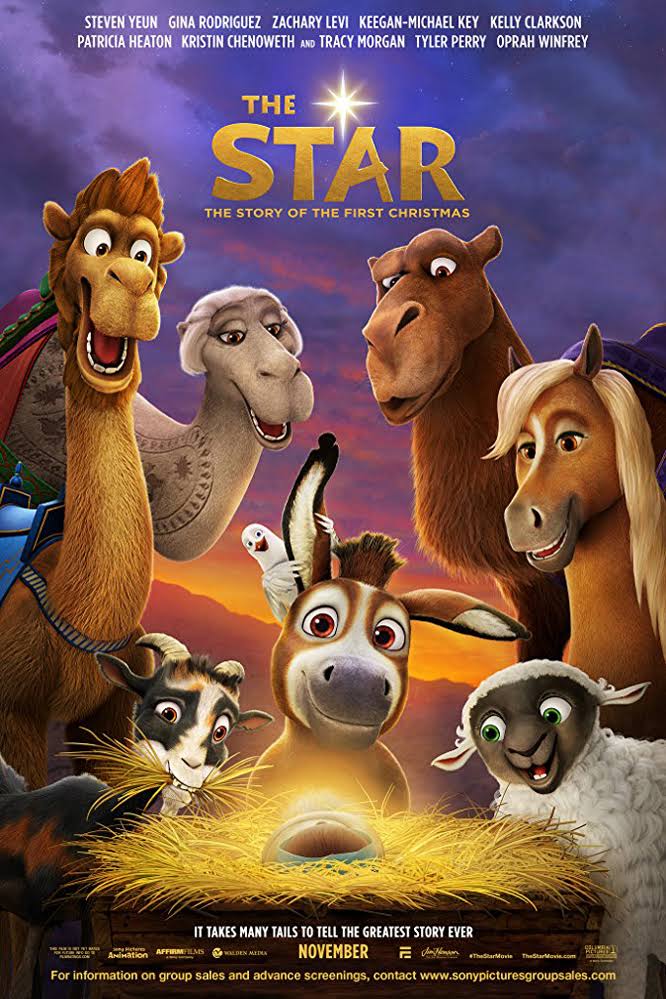 THE STAR is a wonderful, hilarious, deeply reverential animated family movie centered on the birth of Jesus, but from the perspective of a lowly donkey named Bo. Bo and his best friend, Dave the dove, have dreams of joining the royal parade. When Bo escapes his owner’s clutches, he finds himself accompanying a pregnant Mary and her husband Joseph on their way to Bethlehem. Bo may be a part of a bigger adventure than he expected. However, the evil King Herod has his top soldier looking for the pregnant Mary.

THE STAR is tremendous fun, with wonderful lessons along the way. A touching story from a unique perspective, THE STAR sets itself apart from many of the other nativity movies. Obviously, the movie condenses and shifts a few incidents found in the Bible, but never sacrifices a very strong biblical Christian theology. However, the movie deftly balances the goofy fun of the animals with a deeply redemptive reverence for God and the birth of Jesus Christ. Overall, THE STAR is almost void of objectionable content. It’s a must-see Christmas movie for everyone.

Dominant Worldview and Other Worldview Content/Elements:
Very strong Christian, biblical worldview about the birth of Jesus Christ, with prayer, reverence, and honor attributed to the Biblical account, strong message about trusting God’s sovereignty and loving one’s enemies, although there is one song that includes a line about following your heart.
Foul Language:
No foul language, but a reference to dung.
Violence:
Very light animated violence with some jeopardy, an evil guard chases animals, guard’s mean dogs attack animals and almost eats one of the characters, a man is hit, and character falls off a cliff.
Sex:
No sexual content.
Nudity:
No nudity.
Alcohol Use:
No alcohol use.
Smoking and/or Drug Use and Abuse:
No drug use.
Miscellaneous Immorality:
Nothing objectionable.