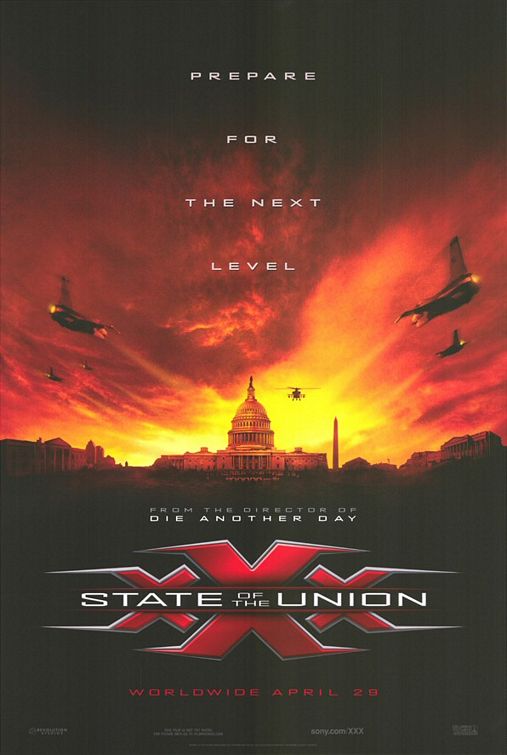 (RoRo, PCPC, P, C, LLL, VVV, S, A, D, MM) Strong Romantic worldview with politically correct, self-contradictory liberal message (the positive president figure wants to lead by “compassion and understanding” and give “international aid” rather than have a strong military costing lots of money but the peacenik attitudes briefly expressed in his State of the Union and other speeches are undercut by the warlike mentality of the movie’s liberal hero and his boss), with a jaundiced view of America and its leaders implying that the country is usually led by “hustlers and thieves”, but some patriotism is expressed, in a vague liberal sense, and one priest at a funeral ceremony mentions “our savior” Jesus Christ; 27 mostly light obscenities (but one “f” word), five strong profanities, one light profanity in song over credits, and man sarcastically says, “God bless America”; lots of action violence (but not much blood or gore) such as many people shot to death by automatic weapon fire, explosions throw people’s bodies around, small missiles fire, hand to hand combat, people stabbed, point blank shootings, fire from explosions and such engulfs people, flying boat crunches police car (scattering police officers), tank smashes vehicles, tank catapulted into another tank causing big explosion, corpse with small bloody bullet hole, house explodes, car chases bullet train onto tracks and eventually gets torn away after hero crashes car into back of speeding train, hero painfully wounded in arm by knife, and female villain’s head hits wall which knocks her unconscious briefly; references to fornication in the past, couples lounge together in bar scene and a few sexual innuendoes; no nudity, but female cleavage shown; alcohol use; smoking; and, hero uses gang of auto thieves to stop military coup in Washington, D.C., hero links country music to white racists burning crosses (also implying that white southerners and conservatives, presumably including religious conservatives, are evil racists), implied moral relativism, villain who favors military spending frames hero and tries to frame hero’s new boss (all of them were in the same military unit years ago), song says “Fight the power!,” a rap song over the credits says “Power to the people” and “the people want peace,” and another song over the credits says, “The New World Order doesn’t need us.”

Lately, there’s usually been at least one positive Christian reference in Ice Cube’s recent movies. Such is the case with the new XXX movie, which includes a short funeral scene with a priest mentioning “our savior.” The rest of the movie, however, features a liberal Romantic worldview with politically correct elements. For example, the movie has a jaundiced view of the Unites States. At one point, after Ice Cube talks about getting the auto theft ring to help him fight Deckert’s army, a character jokes about the United States usually being run by “hustlers and thieves.” At another point, XXX links country music to KKK members burning crosses. Apparently, according to the filmmakers, all white southerners and conservatives, including religious conservatives and those who love country music, are evil racists. Furthermore, the movie’s main villain, the evil, duplicitous Secretary of Defense, is a man who favors military spending and opposes the president’s unrealistic new policy to cut military spending so that the federal government can increase “international aid” and spread “understanding and compassion” around the world instead of “isolationism.” Ultimately, the movie’s hip hop street attitude and politically correct values will mislead the domestic teenage audience and the overseas audience about the character of American society and the United States government. This is true even though the movie does not have the really harsh language and nudity in so many of today’s hip hop songs and videos, especially the gangsta rap variety.