Chuck Norris: ‘Faith is Now More Essential Than Ever’ 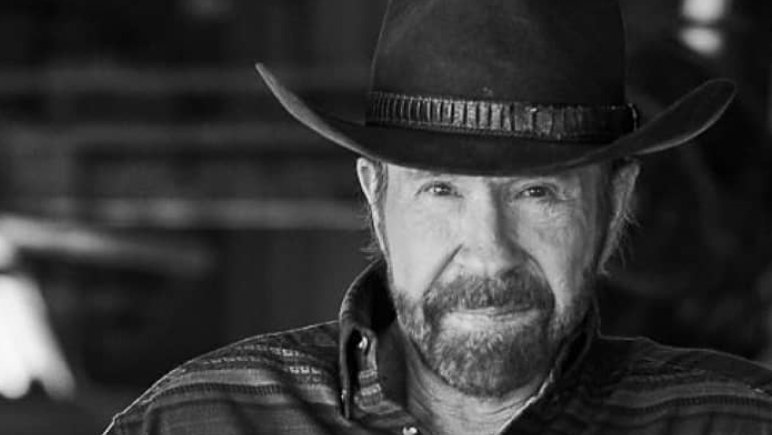 Chuck Norris: ‘Faith is Now More Essential Than Ever’

Actor and famed martial artist Chuck Norris doesn’t pull his punches when it comes to expressing his faith in God.

The Hollywood icon opened up about his frustrations and faith in a recent article.

“This last year under COVID has been as suffocating for most as a continuous martial arts headlock. Government overreach has become in vogue, cloaked under the umbrella of virus restraint. Our liberties have been stifled like never before. And Americans’ losses have been astronomical through employment losses, business closures and a vast array of other personal loss, diseases of despair, etc,” the 81-year-old said.

However, Norris cited two studies that showed that the pandemic strengthened Christian’s faith.

The first was a Pew research poll that stated that “4 in 10 U.S. Christians plan to attend in-person Easter services.”

“In fact, an earlier Pew poll revealed that 25% of Americans say their faith has grown amid the pandemic,” Norris added.

In a recent article from The Harvard School of Public Health titled “Regularly attending religious services associated with lower risk of deaths of despair,” scientists found that those who attended church were “less likely to die from ‘deaths of despair,’ including deaths related to suicide, drug overdose, and alcohol poisoning, according to new research led by Harvard T.H. Chan School of Public Health,” the article reads.

Norris then shared pieces of his own testimony:

If my tears could cure cancer, I would cry a million of them. Of course, that is only wishful thinking. But I do know of a substance that can cure the soul.

Mom raised my brothers and me in the Christian faith. We didn’t just attend church and Sunday school (which she taught, by the way); she also read to us from the Bible, prayed with us, and modeled a life of love. Nothing was forced down our throats – it was just lived out in front of us every day. I am who I am today because of my mom’s influence.

I was twelve years old when I accepted Christ as my personal Lord and Savior and was baptized at Calvary Baptist Church, where our family attended. As a young man, I recommitted my life to Christ at a Billy Graham crusade in Los Angeles.

I’ve always maintained my faith throughout my martial arts, movie, and television careers, but there was also a time when I lost my way. As resilient as I thought I was, I swallowed the hook of the Hollywood lifestyle.

Mom continued to pray for me throughout those years, and I’m convinced that’s how and why God brought Gena into my life. She is a beacon of God’s light and love, just as my mom is. Gena brought me back to my childhood faith – in which compromise was unbecoming, transparency was a virtue, humility was required, and belief was daily practiced. We’ve always respected all religions and those who hold differing beliefs, but we are unashamed Christians.

On Easter Sunday 2009, I experienced another highlight in my spiritual life. I recommitted my life to Christ yet again, but this time with my household. Gena, our eight-year-old twins at the time, and I all recommitted our lives to Christ and were baptized together by our chaplain. What an absolute joy it was to watch my loved ones go into those sacred waters on our Texas ranch and to hear them affirm their belief and recommitment to follow Jesus.

Watching them, I thought about the place in the Bible where Paul and Silas were miraculously freed from a jail cell. The jailer was so moved by the event that he asked them, “What must I do to be saved?” They replied, “Believe in the Lord Jesus, and you will be saved – you and your household.” Then the jailer and all his family were baptized.

As our chaplain leaned me back and fully immersed me in the water, I thought about all I had been through in my life and all I still wanted my life to be. I felt renewed, refreshed, and cleansed, with the waters that are a symbol of Christ’s forgiving blood. As I came up with water flowing off my head and body, I prayed as my mom has prayed every day of her life: “For your glory, Lord. For your glory!”

Amid a tense political landscape, Norris encouraged Christians to rely on their faith.

“The truth is… faith is more essential than ever,” Norris said. “The roles of faith and religion remain central to humanity’s success and society’s civility, as George Washington so eloquently conveyed in his Farewell Address. (We need more Washingtons in Washington!).”

“I’m not a preacher nor do I pretend to be. Though we respect all religions and those who adhere to them, my wife, Gena, and I are Christians, and our faith is the primary anchor for our souls,” Norris continued. “It’s the one thing that offers us true peace, hope and a remedy against fear, especially through hard times.”