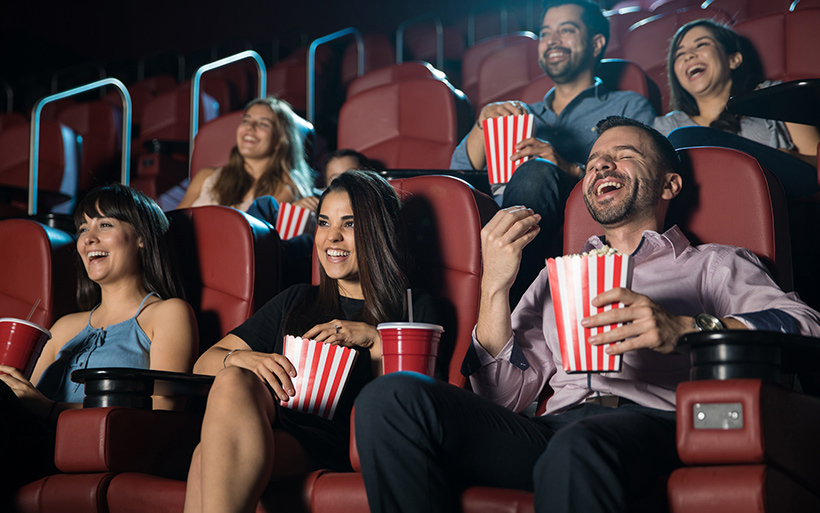 These figures apply to Americans and Canadians seeing movies in theaters in 2017, the last year for which statistics are available. The Motion Picture Association of America (MPAA) will publish a new study of movie attendance in March 2019.

According to the MPAA, the population of the United States and Canada age two and over totaled 348.3 million people in 2017, with 76 percent, or 264.7 million, going to the movies at least once.

The movie industry sold 1.24 billion tickets in 2017, meaning that about 23.85 million people went to the movies each week in the U.S. and Canada, a significant drop from previous years.

Thus, about 60.88 million children and teenagers age 2-17 in the USA and Canada went to the movies at least once, which is slightly less than those aged 25-39.

Ultimately, however, the age groups that most likely include parents and their children and teenagers, age 2-49, make up 71% of all moviegoers, or 187.94 million people, but only 64% of the U.S./Canadian population, according to the MPAA.

Most Frequent Moviegoers by Age Group, 2017

The MPAA estimates about 12%, or 43 million people, in the United States and Canada are frequent moviegoers (go once a month or more). They also bought nearly half of the tickets (49%).

However, occasional moviegoers (seeing anywhere from two to 11 movies per year) are just as likely to buy a ticket, 49% to 49% as frequent moviegoers.

Admissions by Rate of Moviegoing, 2017

Tickets Sold Among the Sexes, 2017

Similar to previous years, males bought slightly more tickets than females, 51% to 49%, though females total 51% of the population.

Asia Pacific remained the top region in international box office in 2017, totaling a whopping $16 billion, followed by $10.1 billion for Europe, Africa and the Middle East, and $3.4 billion for Latin America.