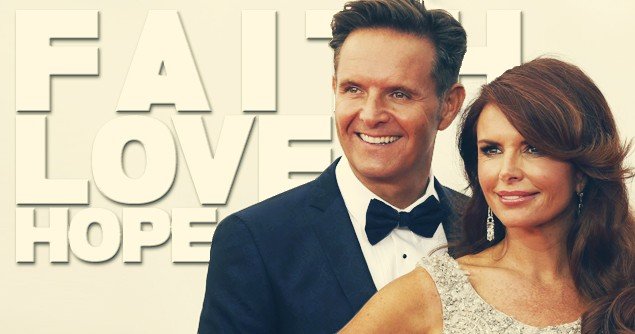 Depicting essential elements of faith, love, and hope are basic ingredients in the work of Mark Burnett and Roma Downey. This weekend their movie “Little Boy” has been released. In an exclusive interview with this writer, Eduardo Verástegui has told that he and the other producers have felt challenged to address the need of the world to get back to the “essentials of love, truth, and compassion.” Furthermore, Eduardo Verástegui has shared how he and his team (that now includes Roma Downey and Mark Burnett as executive producers for “Little Boy”) want to “turn on the Light in today’s moral crisis in the world.”

In the dramatic films of Mark Burnett and Roma Downey for theaters and television the common essential themes of faith, love, and hope are evident even in the midst of multiple adversarial forces that involve loss, violence, and hardship. The “A.D. The Bible Continues” series authentically, historically, and accurately depicts the Biblical accounts of the early church from the Gospels and Books of Acts. Dramatic details in the story that are not found in the Biblical accounts are based on histories of the period that are recognized and respected by scholars. This series reveals the brutality and violence of the times but the overcoming power of God’s spirit in the disciples and early Christians in the midst of many adversaries and layers of difficulties. Jesus Christ and His followers bring Truth, Light, and Eternal Hope to an oppressed world.

Having previewed the upcoming fourth episode of “A.D. The Bible Continues,” Dr. Ted Baehr of Movieguide® states that the upcoming fourth segment in the series, “..is one of the best-structured episodes of the series….has a strong plotline..only cautionary element is some of the bloody violence in the episode… The Name of Jesus is not only lifted up in Episode 4 but also the lame walk, and the dead are resurrected in the Name of Jesus. Finally, the Holy Spirit is a very real and powerful person in this episode. Episode 4 is a powerful testimony of the Gospel of Jesus Christ.”

Mark Burnett and Roma Downey have respectfully sought the assistance and support of Bible scholars and churches of all denominations across the country in their productions of “The Bible,” “Son of God,” “A.D. The Bible Continues” and more. They have been a unifying force of love, good, and hope for people of faith in the Bible across the world. They have rallied leaders for prayer and action for Christians facing threats of genocide. They have initiated a campaign to provide millions of dollars of aid for persecuted Christians across the globe.