"Oddly Redemptive but Overlong and Violent" 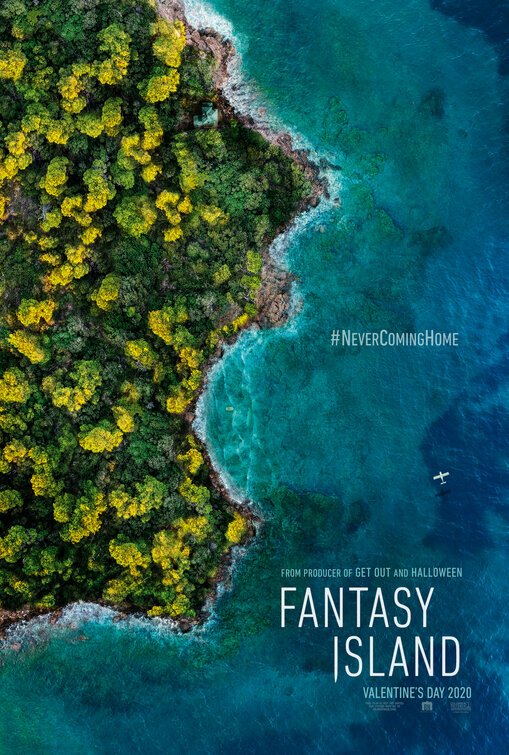 FANTASY ISLAND tells the story of five people who win a trip to an exotic island where they are promised their fantasies will be brought to life. The island’s caretaker, Mr. Roarke, welcomes the guests. He reiterates that their fantasies will be granted, but he can’t promise them the fantasies will end as they expect. Each person’s fantasy seems to be different when they first start. However, one character realizes they all have a common link and are there for a reason.

FANTASY ISLAND was shot in Fiji, which makes for gorgeous views of the island. The cast features seasoned actors, so the good acting aids the slightly unbelievable, overlong storyline. FANTASY ISLAND features a very light redemptive, moral worldview where family, marriage and loving others are extolled. The movie also depicts forgiveness and making sacrifices for others. On the flip side, the island’s magical water is what makes the fantasies and dead people come alive. FANTASY ISLAND isn’t as scary as viewers might think, but it contains lots of foul language and violence and some references to marijuana. So, MOVIEGUIDE® advises extreme caution.

(C, B, OO, Ho, Ro, LLL, VVV, S, N, A, DD, MM):
Dominant Worldview and Other Worldview Content/Elements:
Light redemptive, moral worldview extols marriage, family, sacrifice, love, forgiving yourself and others, and saving others, mixed with some occult elements where the island’s magical water shows people their fantasies and can bring people back to life for a price, one character is homosexual, plus some Romantic elements because the characters are on a magical island because of their love for someone else and how they want it back or they want to keep it
Foul Language:
30 obscenities mostly consisting of the h-word and the s-word, eight light profanities, two obscene gestures
Violence:
Lots of strong and some very strong violence (but not all instances are depicted because the filmmakers use misdirection to add to the movie’s suspense) includes several fight scenes, a woman is in a torture chamber where she is electrocuted, cut on the arm, and has water dropped on her, man is electrocuted, an armory of guns and bombs are shown and used, machete is used to stab a man, two men play baseball with a grenade, men shot in the head multiple times, knives used to stab others, man tackles another man over a cliff, man falls on a grenade to save others, woman drowns in some blood, nose bleeds are shown, and island’s black water comes out of eyes which could be scary for some viewers
Sex:
A couple who just got engaged are seen in bed together the morning after, married couple kisses, man kisses his girlfriend
Nudity:
Upper male nudity at a pool party, skimpy bikinis and men’s speedos are worn, man and woman in bed and insinuated to be naked, woman’s midriff shown throughout the movie
Alcohol Use:
Alcohol shown and used several times, but no drunkenness shown
Smoking and/or Drug Use and Abuse:
Man carries and uses a marijuana bong; and,
Miscellaneous Immorality:
Revenge is a main tactic used in the movie, but it’s rebuked by saying it won’t fix problems, kidnapping, lying, video shown of woman cheating on her husband that was posted on Facebook, and a strained father and son relationship is shown, but only because the father didn’t think it was his real son and the story is resolved positively.

FANTASY ISLAND begins with a woman named Sloane running on the beach, screaming for help. When Sloane finds a house along the beach, she runs inside to use the phone. Sloane explains to the man on the other end of the line that she’s been kidnapped, except he knows that. Some men enter and fight to take Sloane away.

Cut to morning. It’s a beautiful day on the island, and a plane is landing. Julia, a woman who works on the island, informs Mr. Roarke, the island’s caretaker, the plane with new guests is here. When the plane docks, the five main characters start to get off. Melanie, JD, Brax, Patrick, and Gwen are the five people who won the latest trip to experience their fantasies.

The guests are all eager to get started but are informed that will have to wait until the morning. Hotel clerks take them to their rooms for the night except JD and Brax, who just happen to be brothers. The group reconvenes later that evening while having drinks in the main house. There the guests meet Mr. Roarke for the first time. JD and Brax ask him why they haven’t been given a room and he explains it’s because their fantasy starts right now.

As JD and Brax are already well into their joint fantasy, the others are just waking up for the day. Gwen meets with Mr. Roarke first, followed by Melanie and then Patrick. Each fantasy has different challenges. When all the guests start experiencing complications, however, they all start having second thoughts about how their fantasies will end.

Gwen realizes what she thought was her fantasy isn’t what she wanted. She pleads with Mr. Roarke and Julia for her to change her fantasy to have the chance to go back and save someone’s life. They agree, and when she enters her fantasy, she runs into almost every person now on the island with her. She’s intrigued as to why they were all there and finds out they’re all connected by one event, which could be the reason they are on the island.

Gwen gets back to the house on the island, where she’s joined by the rest of the group. The other characters each had to fight their own battles to make it back to the house alive. They now all believe that Mr. Roarke had set them all up to have them die in their fantasies, so they team up to try and get off the island.

They run into the forest to re-group. Melanie, and her childhood bully-turned-ally, Sloane, met a man named Damon when they were escaping their near death experience. Damon told them exactly how to end the fantasies and where to go to end them. Sloane and Melanie tell the rest of the group how they can end the nightmare they’re living. They set off not knowing what lies ahead.

FANTASY ISLAND isn’t as scary as viewers might think. The movie was shot in Fiji, which makes for gorgeous views of the island. The cast features seasoned actors, so the good acting aids the convoluted storyline.

With that being said, the movie is too long and could’ve gotten to the ending audiences expected much quicker. The movie isn’t quite sure what it wants to be, as each fantasy portrays a different genre of movie, and somehow brought them all back together in a situation that didn’t make sense. The movie features a sub-par plot that doesn’t live up to its original television predecessor from which it’s derived.

FANTASY ISLAND features a very light redemptive, moral worldview as family, marriage and loving others are extolled. The movie also depicts forgiveness and sacrifice. On the flip side, the island’s magical water is what makes the fantasies and dead people come alive. FANTASY ISLAND also includes lots of foul language and violence and references to marijuana, so MOVIEGUIDE® advises extreme caution.