DIARY OF A HIT MAN 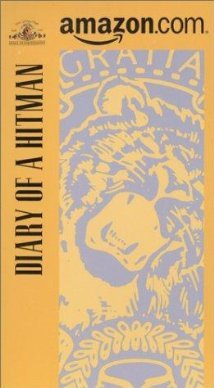 DIARY OF A HIT MAN is a grueling film about a retiring professional killer who is sent out on a horrifying job: to murder a young woman and her baby. Despite an attempt at a redemptive ending, this is an emotional ordeal for all but the most-jaded viewer since it is full of obscenities and profanities, shootings, female nudity, sexual immorality, and a blunt discussion of oral sex.

In DIARY OF A HIT MAN, a professional killer, Dekker, is almost ready to retire. The suffering he has caused is seeping through his tough veneer. He needs one last job to buy a condo, and his “agent” has a customer, a sleazy former drug dealer who is fed up with his wife’s demands for cocaine. Since her baby probably isn’t his child, he wants Dekker to kill both of them. Dekker’s plans for a quick execution fall apart in a confrontation with the victim, Jain. She pulls out the stops, pleading, crying manipulating, seducing, and stalling to save her baby. This is nearly impossible to watch. The writing and acting are competent enough to make the threat to Jain and her child palpable. Only at the end, does Dekker spare them.

This upbeat ending saves DIARY OF A HIT MAN from being a total horror. However, does this act of mercy make up for the cold-blooded murders? Also, Dekker has been involved in some crude sex. The conclusion is not worth the ordeal which precedes it, not to mention the blunt language throughout and some vivid references to oral sex. Even worse is the offensive touch of Jain’s evil husband referring to himself as a “born-again Christian.”