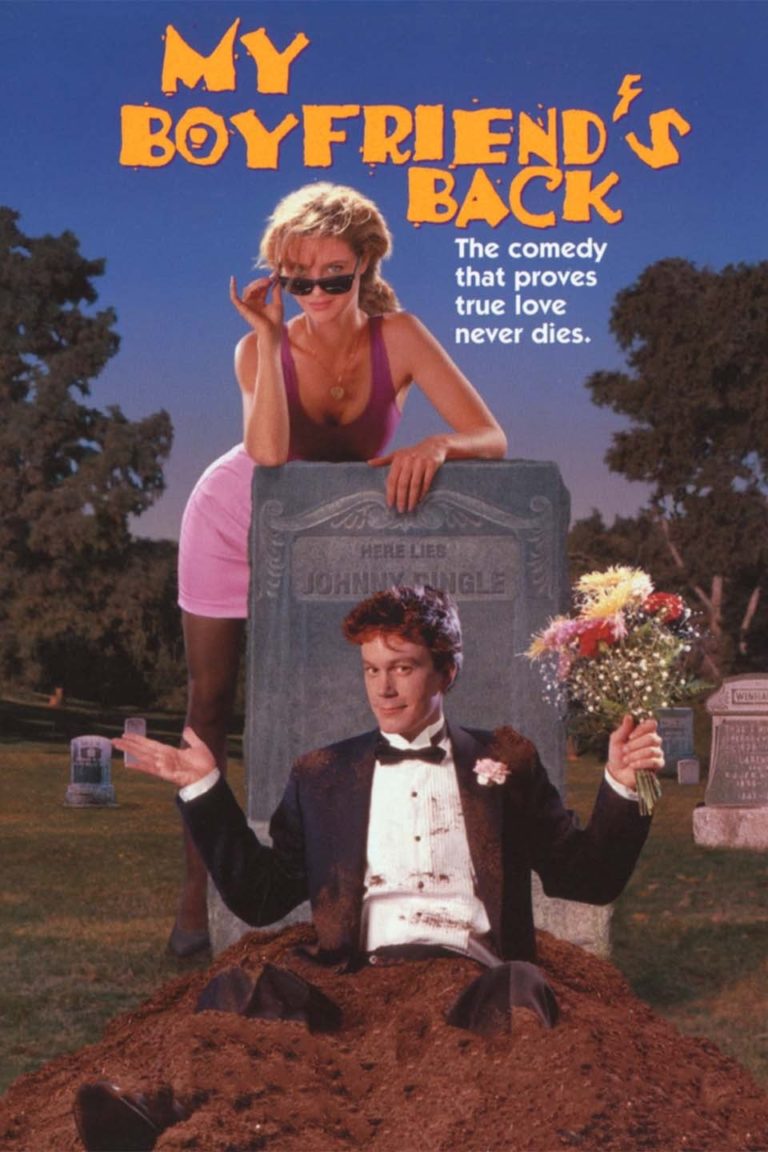 In the Disney movie, MY BOYFRIEND'S BACK, teenager Johnny Dingle dies just before his prom date with Missy, the prettiest girl in school. However, he comes back as a zombie, determined to keep his date for the prom. Not only are the plot, the script and the acting extremely deficient in this movie, but the theology advocating cannibalism and the return of the dead to earth is completely abhorrent to Christians.

(Ab, OO, LL, S, VV) Extremely anti-Christian ideas presented in someone returning from the dead as a "Zombie"; roughly 15 obscenities & 6 profanities; scene of implied fornication; violence in rifle (and pistols) shooting scenes with intent to kill; and, cannibalism.

In the film MY BOYFRIEND’S BACK, high-schooler Johnny Dingle wants to go to the prom with Missy, the prettiest girl in school, but she plans to go with her boyfriend, Buck. Johnny and his friend Eddie decide to stage a fake holdup in the store where Missy works, and have Johnny “save” her. Their plans go awry when someone else holds up the store, and Johnny is killed. He returns from the dead as a zombie, intending to keep his date with Missy. Johnny goes home, and his parents accept him as a zombie, even procuring a corpse and a live little boy for him to “eat,” since he needs human flesh to be sustained. He tells Missy later that he died for her, came back from the dead for her and ate someone for her because of his love.

Disney has really dropped the ball as a family film maker with this movie. The deficient theology in the movie with someone returning from the dead, implying there is no judgment after death, advocating cannibalism and portraying a young man’s sexual conquest as a desirable achievement, make this film abhorrent to moral individuals and families. Movies such as this with its light treatment of death will only lead teenagers further astray from a God who calls us to answer for the deeds done in the body.