"Protecting the Vulnerable and Less Powerful" 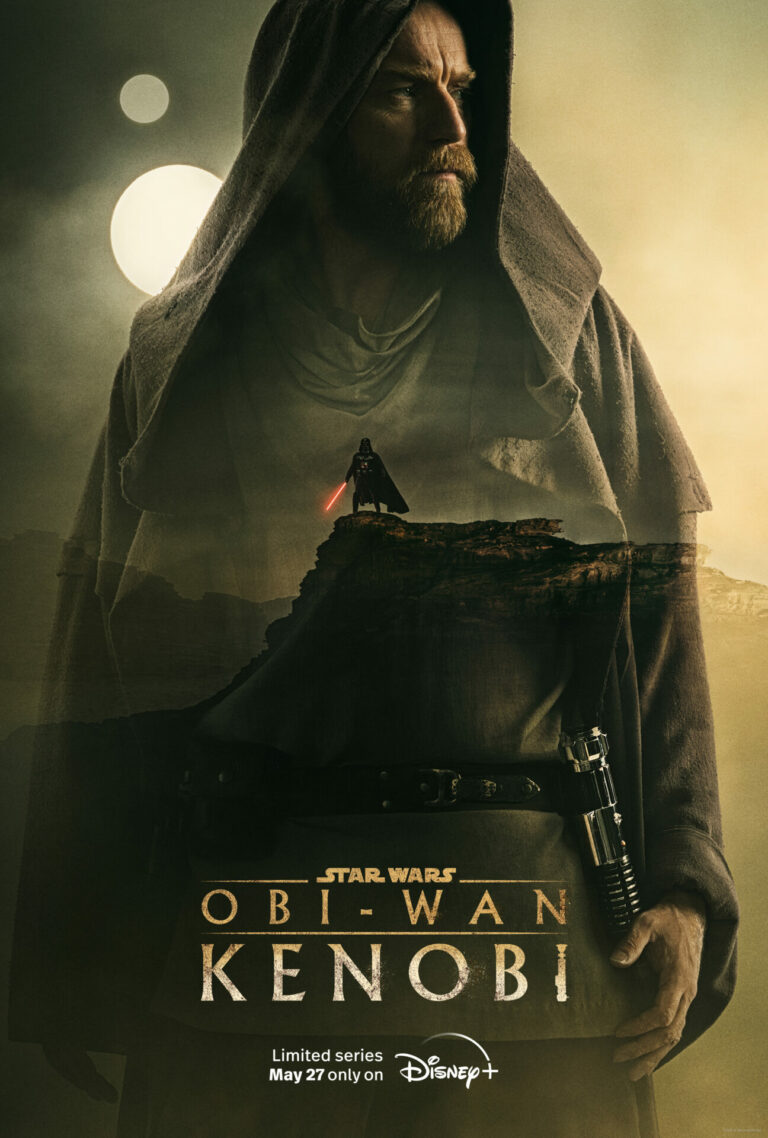 In Part III of the OBI-WAN KENOBI series on Disney Plus, Obi-wan and a 10-year-old Princess Leia escape to a mining planet called Mapuzo. However, the Empire is hot on their trail. Inquisitor Reva reports to Darth Vader that they’ve tracked Obi-wan to the system of mining planets. On Mapuzo, Obi-wan and Leia hitch a ride on a transport leading to a local spaceport city. They run into a stromtrooper checkpoint leading to the spaceport but also get help from an unexpected source. Eventually, Darth Vader arrives at the city, he and Obi-wan have an exciting confrontation, and the episode ends on a cliffhanger.

Part III of OBI-WAN KENOBI is a suspenseful, exciting episode. Obi-wan becomes Leia’s protector. He sacrifices his safety by leading Darth Vader away from her. Like all other STAR WARS movies and TV programs, the episode has a strong message against tyranny and oppression by big government. However, Part III of OBI-WAN KENOBI has some strong, intense violence and jeopardy, and references to using the mystical Force, the main pantheistic religion in STAR WARS. So, MOVIEGUIDE® advises caution, especially for pre-teenage children.

(BB, ACAC, FR, O, VV, M):
Dominant Worldview and Other Worldview Content/Elements:
Strong moral worldview about protecting a child from dark evil forces and the bad guys represent an evil tyrannical empire out to murder its main opponents so it can continue to oppress the people and aliens throughout the galaxy, plus some references to using the mystical Force, which is the main pantheistic religion in the STAR WARS franchise, and the hero tries to use the Force to converse with his mentor who’s passed on to the afterlife
Foul Language:
No foul langauge
Violence:
Strong, sometimes intense violence includes a laser gun battle between the titular hero and some stormtroopers, the hero gets help from an unexpected source in his fight with the stormtroopers, hero knocks put a bystander, main villain kills some people while searching for the hero, extensive lightsaber duel between the hero and the main villain, main villain uses the Force to levitate and fling the hero during the duel, main villain drags the hero through some fire, and a side character helps the hero at the end by intervening at an important point in the duel and killing some stromtroppers that arrive to take away the hero
Sex:
No sex
Nudity:
Brief upper male nudity as Darth Vader emerges from a healing tank to put on his iconic black suit and breathing mask
Alcohol Use:
No alcohol use
Smoking and/or Drug Use and Abuse:
No smoking or drugs; and,
Miscellaneous Immorality:
A villain deceives a little girl, two henchmen vie for power and the 10-year-old heroine is sometimes disobedient.

In Part III of the OBI-WAN KENOBI series on Disney+, Obi-wan Kenobi and a 10-year-old Princess Leia escape to a mining planet, but they’re tracked down by Darth Vader and his minions, which leads to a spectacular confrontation. Part III of OBI-WAN KENOBI is a suspenseful, intense, exciting episode where Obi-wan and Leia get help from an unexpected source, but the episode has some strong, intense violence and jeopardy and references to using the mystical Force, so caution is advised, especially for pre-teenage children.

Part III begins with Obi-wan Kenobi, aka Ben, calling out to his old master, Qui-Gon Jin, for help while Darth Vader emerges from a healing tank and puts on his iconic breathing suit. Ben and a 10-year-old Princess Leia have traveled to a desert mining planet to meet up with a member of the Rebel Alliance, who’s supposed to find them transport back to Leia’s adopted parents on Alderaan.

However, when they arrive at the meeting point, no one is there to meet them. So, of course, when a lone transport suddenly appears on the horizon, the preocious Leia flags it down, even though Ben told her not to. The driver, a creature named Fleck, welcomes them aboard. However, he grows suspicious. So, when they suddenly reach a stormtrooper checkpoint on the way to a small spaceport, Fleck tells the trooper in charge to check them out carefully.

Meanwhile, Inquisitor Reva reports to Darth Vader that she thinks Obi-wan has fled to a system of mining planets. Vader advises her not to fail him, or she won’t live to regret it. Cut to Reva meeting another inquisitor, named “Fifth Brother,” where it becomes clear that Reva has lied about the Grand Inquisitor who she murdered, blaming the murder on Obi-wan. Reva and Fifth Brother hope Darth Vader will name them the new Grand Inquisitor.

Eventually, Obi-wan and Leia make it to the small spaceport, with help from an unexpected source. However, Darth Vader shows up with Reva, Fifth Brother and other minions. Vader personally hunts for Obi-wan on the main street. Obi-wan decides to lead him away from Leia. He entrusts the local leader of the resistance on the mining planet to get Leia to the pilot of the ship waiting for her at the liftoff area. A surprise cliffhanger ends the episode.

Part III of OBI-WAN KENOBI is a suspenseful, intense, exciting episode. Obi-wan becomes Leia’s protector. He sacrifices his safety by leading Darth Vader away from her. Also, like all other STAR WARS movies and TV programs, the episode has a strong message against tyranny and oppressive big government. However, Part III of OBI-WAN KENOBI has some strong, intense violence and jeopardy, and references to using the mystical Force, the main pantheistic religion in STAR WARS. There’s also a scene where Obi-wan calls out to his old mentor from THE PHANTOM MENACE, who’s passed on to the afterlife. Finally, little Leia can be disobedient, but that’s part of her nature that eventually helps her take no guff from Han Solo, her future husband, and fight against the evil Empire when she becomes a young adult. MOVIEGUIDE® advises caution, especially for pre-teenage children.