"Exciting and Beautifully Filmed, with a Bloody Ending" 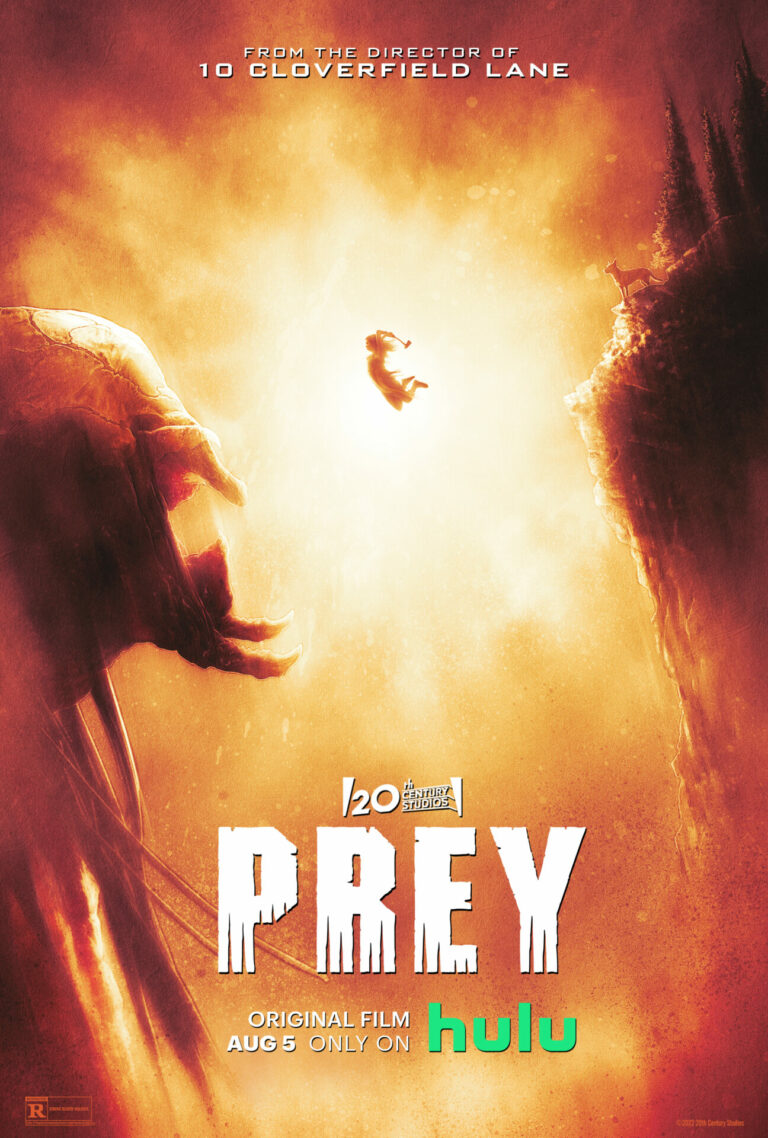 PREY is a science fiction movie on Hulu where a group of Comanche Indian warriors on the American Plains in 1719, led by a hunter and his sister, battles an alien hunter equipped with futuristic technology. Part of the Predator franchise, the movie focuses on Naru and her brother, Taabe, members of the Comanche tribe. Naru wants to hunt with the young men, but the men laugh. Her brother, Taabe, is sympathetic, but he doubts she’s up to the task. Both will be tested when the Predator alien attacks the tribe’s warriors and a group of French fur trappers.

PREY is incredibly well filmed and edited. The action is intense. The movie’s main drawback is the bloody violence in the third act, where the Predator alien kills many Comanche Indians and many French fur trappers. PREY also has four obscenities, two of which are in French. In addition, there’s a feminist subtext to Naru’s desire to hunt with the young men. However, PREY stresses courage, empathy and sacrifice above all. That said, extreme caution is advised because of the movie’s bloody, intense violence.

(B, C, FeFe, L, VVV, N, AA, M):
Dominant Worldview and Other Worldview Content/Elements:
Light moral, redemptive worldview stresses courage, empathy and sacrifice, marred by a feminist subtext
Foul Language:
Two obscenities in English, two obscenities in French
Violence:
Extreme, intense bloody violence where a large alien predator guts a wolf and is shown from a distance holding aloft the wolf’s head and spine, alien slashes a bear and holds it above his head to bathe in the animal’s blood, alien cuts off the arm of an Indian brave, alien chops the body of another brave, a splash of blood occurs when the alien catches up to another brave he’s been chasing, alien decapitates several men, alien gets his arm chopped off, Indians use spears and axes to fight alien, and the dead body of one Indian brave has an arrow in his eye, plus lots of strong action violence includes young woman loses her balance and false from a tree limb, young woman gets stuck in a bog and has to pull herself from safety, woman has to run from bear and swim into a beaver dam, bear tries to grab her with his snout while she cowers in the beaver dam, fur trappers shoot guns at alien, alien fires his arrows at the people, alien uses a sharp two-bladed knife in fighting people and to pierce the head of a rattlesnake, dog’s tail gets caught in a trap, but its owner puts some mud medicine on it, woman’s ankle gets caught in a trap, and fur trapper knocks young woman unconscious
Sex:
No sex
Nudity:
Upper male nudity as Comanche hunters go bare-chested
Alcohol Use:
Alcohol use by French fur trappers and some of them seem to be a bit drunk one night
Smoking and/or Drug Use and Abuse:
No smoking or drugs; and,
Miscellaneous Immorality:
French fur trappers kidnap two Comanche Indians and use them as bait, and young men mock a young woman who wants to hunt with them.

PREY is a science fiction movie on Hulu where a group of Comanche Indian warriors on the American Plains in 1719, led by a hunter and his sister, battles an alien hunter equipped with futuristic technology. PREY is an incredibly well-made, exciting adventure, but the fighting between the humans and the alien at the end is bloody and violent, so extreme caution is advised.

Part of the Predator franchise, the movie focuses on Naru and her brother, Taabe, members of a Comanche tribe living on the American Plains in 1719. They speak both Comanche and English. Naru wants to join the young men on their hunts, but the men laugh at her hunting skills. Her brother, Taabe, is sympathetic, but he doubts she’s up to the task. So, Naru practices even more. Her dog, Sarii, is a constant companion.

Meanwhile, a spaceship drops off an alien Predator hunter in the nearby foothills. The Predator engages his cloaking device and stalks off down the mountainside.

That same say, a mountain lion drags off one of the Comanche hunters. The other hunters search for their friend. Naru wants to go along with them. The other men say no, but her brother reminds them that Naru is a good tracker and knows medicine. Ass night starts to fall, they find their injured companion, and Naru applies the herbal medicine skills her mother taught her.

Taabe wants to continue hunting the lion. Naru wants to go with him, but Taabe orders her to go with the men taking the injured man back to their village. Naru warns her brother that something must have scared the lion away, or else their friend would be dead.

On the way back to the village, Naru finds a dead rattlesnake that’s been skinned by the Predator. The men think it was a bear, but the tracks around the snake suggest something that walks on two legs. So, Naru and another man go to warn Taabe.

After reaching Taabe, Naru suggest they bait the lion and wait to attack it from the trees. However, while Naru and the other Comanche brave wait on one tree limb, the lion grabs the brave and appears right next to Naru. A strange noise, apparently coming from the yet unknown Predator, distracts Naru, and she loses her balance and falls.

Naru wakes up in the village and learns that Taabe brought her home and went back out for the lion. Taabe soon returns with the carcass of the lion. Because of Taabe’s bravery, the chief picks Taabe as War Chief. However, during the tribe’s celebration, Naru tells Taabe they must go back out, beyond the ridgeline, and kill the thing that scared the lion and killed the snake. Taabe reminds her that he’s the one who killed the mountain lion and that he had to carry her back to the village. “I can hunt,” Naru says. “You tried,” Taabe replies, “but you couldn’t bring it home.”

The next morning, Naru and her dog go to hunt the Predator. She returns to the place where they found the injured brave. She uses a stick to measure the Predator’s footprint and finds a small splash of the alien’s green blood.

Nearby, the Predator uses his infrared device to watch a wolf run after a rabbit. The alien confronts the wolf, kills it, guts it, and celebrates his kill.

Meanwhile, Naru and her dog continue to track the Predator. By the next day, the Predator hears the dog barking, so he starts tracking them.

Eventually, the Predator attacks Naru and a group of Comanche braves sent by her brother to take Naru back to the village. Then, Naru and her brother are kidnapped by a group of French fur trappers, who use them as bait to attract the Predator. A huge battle ensues.

PREY is incredibly well filmed and edited. The natural environment of the Comanche village is beautifully photographed, and the action is intense. In addition to fighting the alien, Naru gets trapped in a bog and encounters an angry bear as well as the mountain lion.

The movie’s main drawback is the bloody violence in the third act, where the Predator alien kills many Comanche Indians and many French fur trappers. PREY also has four obscenities, two of which are in French. In addition, there’s a feminist subtext to Naru’s desire to hunt with the young men. When her mother asks her why must she hunt, Naru replies that she must because everyone tells her she can’t. On the positive side, however, PREY stresses courage and sacrifice throughout its story. That said, extreme caution is advised because of the movie’s bloody, intense violence.