I DREAMED OF AFRICA 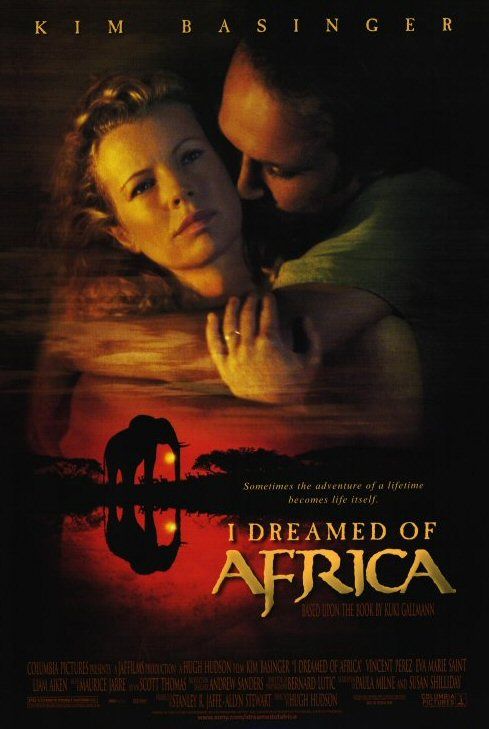 In I DREAMED OF AFRICA, Kim Basinger plays Kuki Gallmann, whose true story is adapted to the big screen. Kuki seeks to build a new life for her and her family in Africa, giving up a lifestyle of wealth against her mother’s wishes. In situation after situation, Kuki begins to find the strength to do everything, from talking with a local tribe about water supply to fending off an elephant trampling her garden. This strength also helps her deal with tragedy and hardship that she never dreamed of experiencing.

I DREAMED OF AFRICA has a dramatic look of authenticity, but its portrayal of a strong family has New Age elements that neglect the Creator. During burials, for instance, Kuki says, “You have become everything…I will see you in every flower, every sunset, every bird, every snake, everything of beauty. Fly for me, bird of the sun.” Although poetic, these phrases seem meaningless. Kuki does, however, cite God’s existence in a plea for help at one point. I DREAMED OF AFRICA also contains some violence that is just too graphic for its PG-13 rating. Thus, adult viewers (not to mention teenagers) should exercise extreme caution here

Kim Basinger stars in her first motion picture since L.A. CONFIDENTIAL, which she won an Academy Award for in 1998 for Best Supporting Actress. I DREAMED OF AFRICA exhibits her talents in a rougher than usual setting, where she is in all but two scenes. Based on the book by Kuki Gullmann of her own life story, this movie proves to be a powerful adventure into unfamiliar, dangerous territory. By traveling to Africa, Kuki seeks to build a new life of confidence and worth for her and her family, giving up a lifestyle of wealth against her mother’s wishes.

Kuki remembers her father telling her stories about Africa and so she has a special place in her heart for the land. Africa seems so different from her life in Italy, where she has raised her son, Emanuele, alone since her divorce. One night, after a society party, she piles into a car with some friends, headed toward a local pub. As they are driving along a two-way road, the car’s driver, Paolo, swerves to avoid an out-of-control vehicle. The car rolls down an embankment, killing two and severely injuring Kuki. Later, while she recovers in the hospital, Paolo comes to visit her, and the two realize there is something more between them.

Paolo begins to visit often, becoming a father figure to Emanuele. He shares with Kuki his own experiences in Africa, including his desire to return there. Kuki feels the same attraction, though she knows it will be difficult. She and Paolo marry and soon head for Africa, ready to start a new life.

Upon their arrival in Africa, they come across the carcass of an animal, an obvious work of poachers in the area. Kuki struggles with feeling safe while Emanuele falls in love with the wilderness. Paolo begins spending a lot of time away, hunting “with the guys.” This causes a rift in his relationship with Kuki, and their marriage begins to feel the strains of life “having a different rhythm” in Africa. Even after a serious hunting accident, Paolo still insists on his need for the adventure of hunting. It is not until after he is robbed, beaten and stripped of everything that Paolo finally realizes his priorities.

In situation after situation, Kuki begins to find the strength to do everything, from talking with a local tribe about water supply, to fending off an elephant trampling her garden. This strength also helps her deal with the kind of tragedy and hardship that she never dreamed of experiencing.

I DREAMED OF AFRICA contains the beautifully photographed African landscapes that are to be expected with this type of movie. The acting is well done, though the portrayal of Emanuele as a 17-year-old seems to be unclear, his demeanor contrasting greatly from scene to scene. Most of all, the fact that this movie was based on a true story brings an authenticity to the scenes. This authenticity enhances the acting and cinematography.

Regrettably, however, the portrayal of a family’s willingness to get through everything together is marred by New Age, flighty pagan elements that neglect a creator of any kind. During burials, Kuki says, “You have become everything…I will see you in every flower, every sunset, every bird, every snake, everything of beauty. Fly for me, bird of the sun.” Although poetic, these phrases seem distant and meaningless, if not politically correct. Kuki does, however, cite God’s existence in a plea for help at one point in the movie.

While the realistic aspect of this movie is a plus in some areas, one scene in particular, the depicted automobile accident, was too graphic for a PG-13 rated movie. Other depictions of animal carcasses, wounds and other violent elements add to the detrimental effect such scenes may have on both teenagers and adults. The movie also contains partial female and rear male nudity, so viewers should exercise extreme caution.

Watch I DREAMED OF AFRICA: