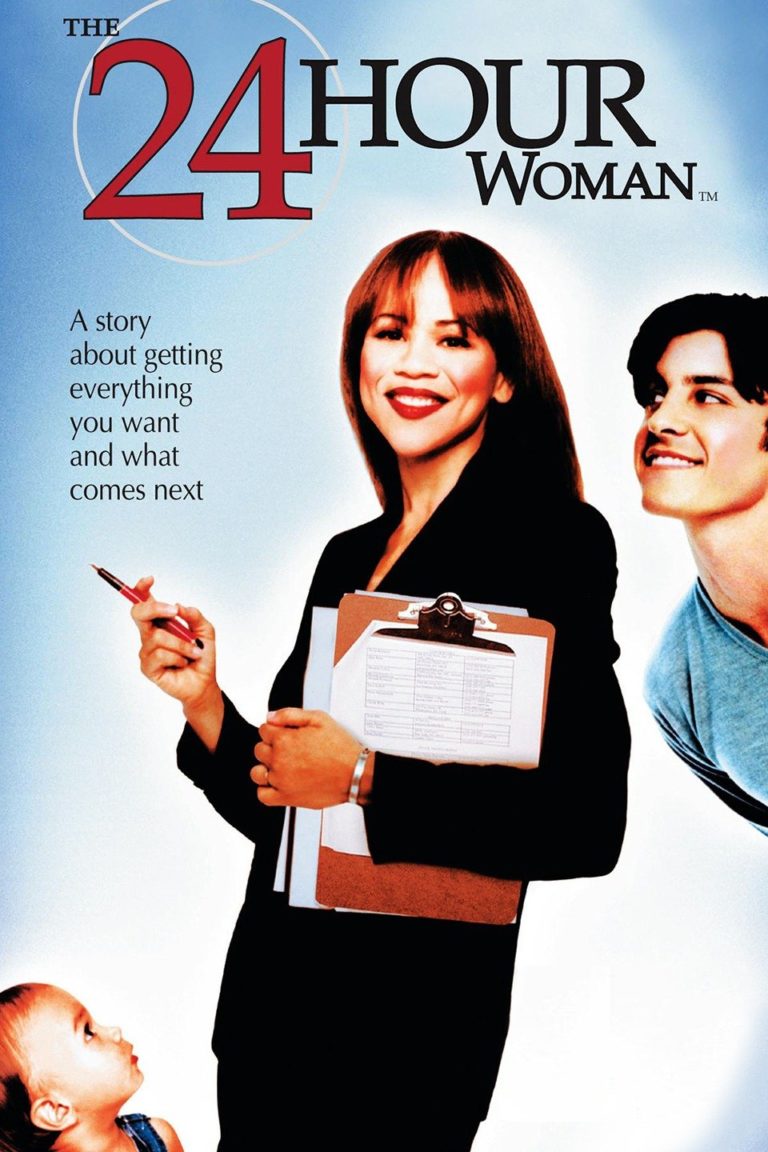 Start with a good dose of BROADCAST NEWS, a heaping bowl of BABY BOOM and a dash of TOOTSIE, and you've got THE 24-HOUR WOMAN, a seen-it-already movie about a working TV producer who struggles to balance having it all, primarily having a baby. Having a mild moral worldview of caring for family over work, this dull movie is marred by excessive obscenities and psychic sillynesses.

Mild moral worldview of working woman trying to satisfy demands of motherhood with references to prayer & implied Catholicism but also implied psychic use; 74 obscenities & 9 profanities; no violence, but a threat with a gun; no sex; no nudity but some cleavage shots & images of breast-feeding; alcohol use; smoking; and, domestic squabbles, frustrating situations, & cross-dressing used for TV show topic.

Start with a good dose of BROADCAST NEWS, a heaping bowl of BABY BOOM and a dash of TOOTSIE, and you’ve got THE 24-HOUR WOMAN, a seen-it-already movie about a working TV producer who struggles to balance having it all, primarily having a baby. Rosie Perez loses her sometimes-foul film persona countenance to play the capable Grace, who loves her husband, Ray, co-host of her cable woman’s variety morning show, “The 24-Hour Woman.” Joining Ray on stage is Margo (Karen Duffy). They cover such topics cooking, psychic help, managing the house, self-help, and even tips on the bedroom.

Everyone on the set is surprised to discover that Grace is pregnant. Patty (Patti LuPone), a co-producer, realizes that Grace will deliver in November, during sweeps month, and sees a golden opportunity to totally feature Grace on the show throughout her pregnancy. Doctors, specialists and more are recruited. The show becomes busy, so Grace hires an assistant to help out, a woman named Madeline (Marriane Jean-Baptiste). (Madeline has a rather incapable stay-at-home husband who can’t manage the kids.)

Ratings soar for “The 24-Hour Woman,” but Grace feels more and more out of control. The program is picked up by CBS, and the baby is born, named Lilly. Grace also hires a young caregiver, but Grace and her marriage are strained, now more than ever. Finally, during a zany cross-dressing show, Grace blows her top, storms onto the set during taping, and threatens the life of her husband, who is dressed as a woman. Through love, a little patience, and a talk, tempers are soothed and life continues.

THE 24-HOUR WOMAN seems like an exercise for an aspiring writer/director. While the story structure is firm, as are the characters, all of this has been done better before, with greater emotion and sincerity. All the people here seem to be going through the motions of modern day struggles, which serve to remind the audience that it is tough out there, but each and every day, good working people go through these motions already. This movie, however, doesn’t transcend tough daily living, or shed any light on coping with it, and hence only serves as a reflection of what some working women do day in and day out. In other words, who wants to pay to see that life and family struggles are difficult? You can get a lot of these kinds of messages, done as well or better, on Lifetime TV.

THE 24-HOUR WOMAN is marred by excessive obscenity use, psychic references and cross-dressing. It is easy to imagine tired, overstressed people using a lot of foul language to cope with life, but it gets somewhat grating here. Grace does receive some moral support from her family, which is implied to be Roman Catholic. Prayers are also mentioned, but all of these characters seem razor thin, or stereotypical, or patterned after some other types of characters in other movies. Writer/director Nancy Sovoca has solid, but not exceptional talent, and it is not enough to make this movie fresh. Perhaps she, too, is always “on” 24 hours, because her creative battery needs charging.