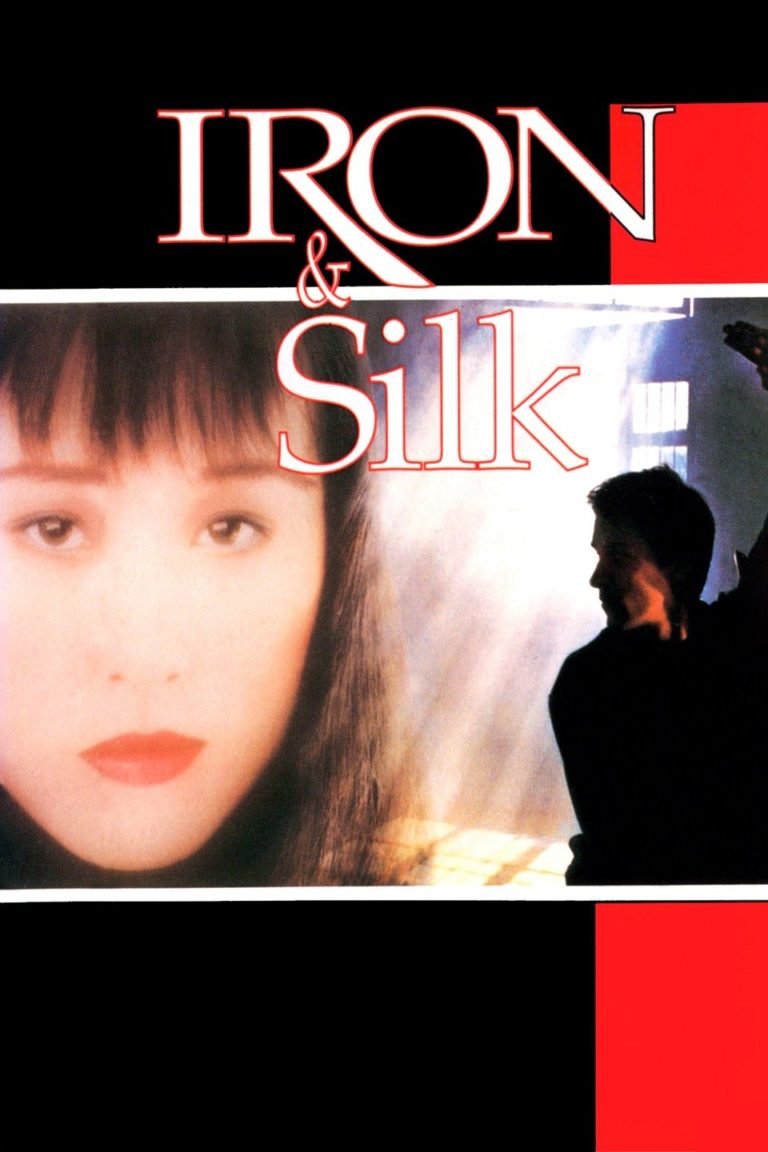 Mark Salzman saw his first martial-arts movie when he was 13 years-old. As a result, he took martial-arts lessons, learned to speak Chinese and majored in Chinese literature in college. In 1982, Mark went to China to teach English. Stepping off the train, he finds that China is hardly "spiritual." He meets a famous martial artist and convinces the master he has the inner strength to study under him. However, Mark experiences the tyranny of the campaign which condemned Western ideas and barred foreigners from socializing with Chinese. On the train out, Mark reflects how he had studied China hoping its culture would make him better. Ironically, it did not change him so much as make him aware of who he was--going to China brought him home.

IRON & SILK is a beautiful movie with a poignant story. The film emphasizes the spiritual relationship between man and man, but fails to mention a relationship with God. Fortunately, It is devoid of any immorality, violence, or obscenity (except for one use of the word "hell"). If you're interested in the China, see IRON & SILK

(L) Nothing objectionable, except one use of the word "hell".

Mark Salzman saw his first martial-arts movie when he was 13 years-old. Deciding that the life of an enlightened, fearless kung-fu expert was the life for him, he began taking martial-arts lessons, learned to speak Chinese and majored in Chinese literature in college.

To his disappointment, he was no more enlightened or fearless upon graduation than he had been at 13. Feeling that he has to go to the source of Chinese culture, Mark obtains a job teaching English at a small college in mainland China.

Thus, IRON & SILK describes Mark Salzman’s experiences as an English teacher and martial-arts student in China from 1982-84. China defies all of his expectations. Stepping off the train into Hangzhou, he finds that the bustling city is hardly “spiritual,” but rather dismally familiar. His dormitory room looks like a prison cell, and his students are a tired-looking group.

A woman assigned to be Mark’s tutor helps him to meet Pan Quingfu, one of China’s most famous martial artists. Teacher Pan, however, refuses to train Mark, as he believes that foreigners are spoiled, morally weak and unable to understand the true spirit of the martial arts. Mark eventually wins the master’s respect, convincing him that he has the inner strength and patience to study under him.

IRON & SILK continues as a series of short stories strung together that combines humor with sensitive compassion. Salzman relates his frustrations of life in post-Mao China, but never to the exclusion of the warmth and appeal of the Chinese people.

In one scene, Mark is ignorant of the danger he puts a student’s family in when he comes to visit. Only ten years earlier, during the Cultural Revolution, people were killed just for having correspondence with foreigners. He discovers the extent of the culture gap in that his desire to find a girlfriend and be truly accomplished at something contrasts sharply with their concerns just to eat well and get enough sleep. Finally, Mark experiences the tyranny of the “Anti-Spiritual Pollution Campaign,” which condemned Western bourgeois ideas and barred foreigners from socializing with Chinese.

On the train out of China, Mark reflects how he had studied China hoping that its culture would change him and make him better. Ironically, the special bonds and friendships he developed, the love he shared and the knowledge that he gained did not change him so much as make him aware of who he already was, and why he did not need to become someone else. In essence, going to China brought him home.

IRON & SILK is a beautiful movie and tells a poignant story. The film emphasizes the spiritual relationship between man and man, but unfortunately fails to mention a vertical relationship with God. It stresses the importance of loving your neighbor, but omits the absolute necessity to “love the Lord thy God with all thy heart, soul and strength” (Matthew 22:37).

The film does stress the Christian virtue of dilgence. Mark Salzman is not a Christian in the film (in one scene he and his tutor offer incense to Buddha), but he and his Chinese friends treat one another like Christians should, i.e., with love and respect (Please pray that Mark comes to know the love of God in Jesus Christ).

In any event, IRON & SILK is worth seeing. It was filmed entirely on location in Hangzhou, a southern Chinese city famous for its beauty. The movie is devoid of any sexual immorality, violence, or obscenity (except for one use of the word “hell”). So, if you’re interested in the Chinese culture, go see IRON & SILK.