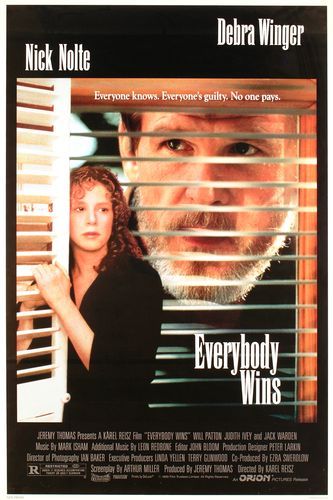 When private investigator Tom O’Tool is approached by a woman named Angela seeking help to free Felix, a young man imprisoned for murdering his uncle, Dr. Daniels, he is reluctant. The circumstantial evidence that convicted Daniel’s nephew doesn’t deter O’Tool so much as Angela’s strange behavior. She is ditsy, somewhat schizophrenic and a hooker, and O’Tool feels he is not getting the full story regarding her involvement in the murder. However, he presses on, mainly because he wants another crack at his long-time nemesis, Charlie Haggerty, Connecticut’s state prosecutor who put Felix behind bars.

A break in the case comes when O’Tool meets Jerry, Angela’s extremely strange friend who is building a church inside his welding garage complete with a Civil War statue of a major whom he worships. O’Tool learns that Jerry was implicated in the Daniel’s case, but released by the police, even after he confessed to the murder.

Eventually, O’Tool pries the truth from Angela: Jerry ran drugs for the doctor; Daniels wouldn’t help Jerry build his church so Jerry and Angela killed him; the police didn’t touch Jerry, since they are linked to him by corruption, nor Angela, since Haggerty is linked to her in prostitution.

Seeing that “the corruption goes to the top of the mountain,” O’Tool turns the case over to a retired federal judge friend of his. The judge later informs O’Tool that Daniel’s nephew will be released from jail, but that there will be no further prosecution. “That way,” he says, “everybody wins.”

With a premise that says it is more important to protect one’s interests than to see justice done, the film brazenly encourages lawlessness and attacks the criminal justice system by portraying it as totally corrupt. However, is this the case? Discerning Christians know it is not. In fact, “The authorities that exist have been established by God. Consequently, he who rebels against the authority is rebelling against what God has instituted, and those who do so will bring judgment on themselves” (Rom 13: 1-2).

The protagonist and antagonist are also pitted against Christianity. In the case of the former, when O’Tool confronts Jerry with his shrine image, a spoken negative might have been expected, but instead he gives his tacit approval, thus implying that what Jerry perceives as truth is as good as any other. In the case of the latter, Angela belittles the concept of sex, which God created as a good thing to be enjoyed within the confines of marriage, by first stating that she feels clean and purified without it, and then by sleeping with O’Tool three times.

Finally, there are several instances of obscenity and profanity. It is probably no coincidence that these instances of the sinful lifestyle exact their toll upon the film’s stars, Nick Nolte and Debra Winger, both of whom look very haggard and worn-out in the picture. With a confusing story line that is hard to follow, you will want to avoid the movie.