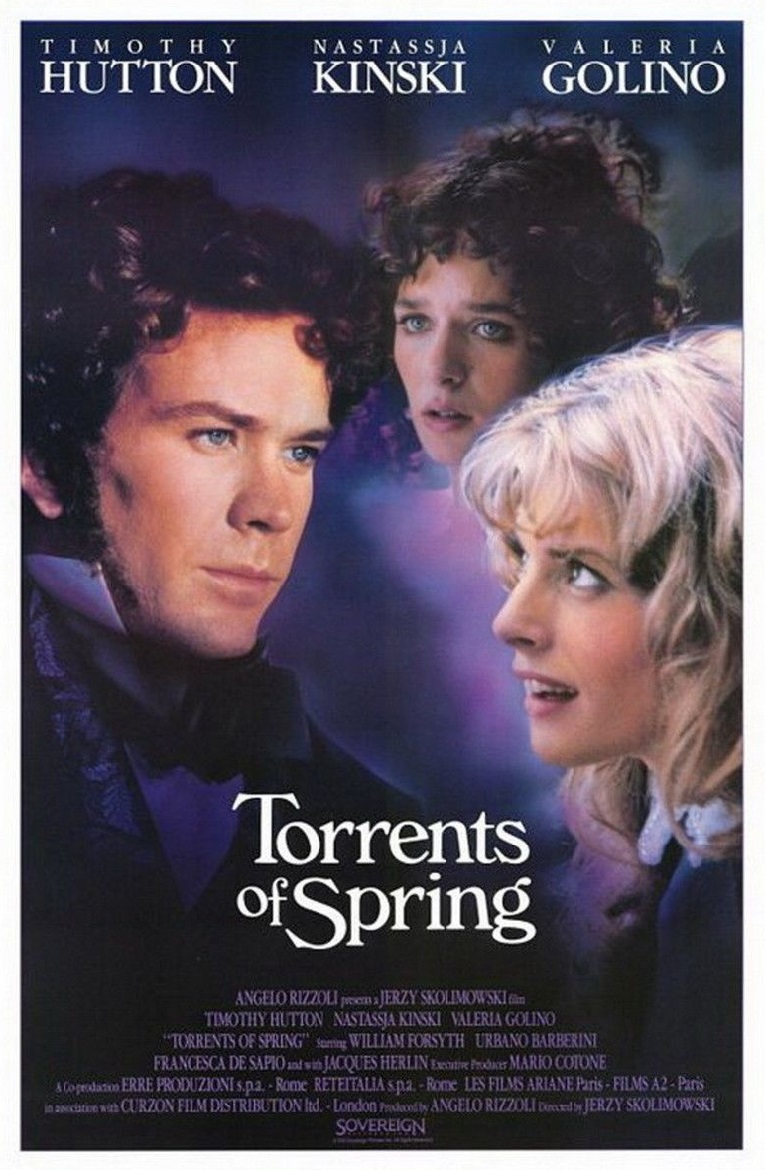 Although this movie is 98% free of offensive elements, it is unfortunately simply not entertaining, and, in fact, quite dull and boring. The title doesn’t suggest so much violent downpours of rain as it does tumultuous outpourings of passion.

Sanin Demetri is a wealthy, 18th century Russian aristocrat and landowner on his way to Berlin. Stopping at a French pastry shop, he takes a liking to Gemma, a sweet young thing who invites him to stay for dinner. A romance develops with Sanin agreeing to stay on. The next day, he takes Gemma to a country fair where he ends up challenging Baron Von Doenhof, a German officer, to a pistol duel, which both men later call off.

Sanin then decides to free his serfs, sell his estate and invest in Gemma’s family business. Maria Nicolai, the wife of his best friend, says she will buy the estate, but, frankly, Maria is more interested in spending time alone with Sanin. The story plods unbearably on as Sanin and Maria cavort around at the theater, ride through fields on horseback, dance with Gypsies in the woods, then finally have sex on a dreamy, meadowland hill. While the adulterous sex scene is intimate and not graphic, all the beautiful imagery in the world still won’t render it acceptable.

In fact, the whole movie resembles someone’s juvenile and immature idea of what European life two or three centuries ago would have been like if their fantasies were lived out. The elaborate sets are more decorative than realistic, and the costumes frilly. A lot of show and pomp is given to serving meals, of which there are many, with French provincial stringed music playing continually and annoyingly in the background. The emotions expressed seem phony and contrived, and the dialogue, which is nothing more than small talk, goes nowhere. By the time Maria, Sanin and Gemma sit down for dinner together, the viewer couldn’t care less what the outcome will be.

As mentioned above, the movie’s title presumably has to do with violent outpourings of passion. However, this is passion as sexual lust, which indulges the sinful nature and is contrary to what the Spirit desires.

Now, it may come as a surprise to some that humans are not made for passionless life, but for fire, for there is a part of us called forth to be sons of God and to step up to our full potential to be filled with divine fire. Buddhism, on the other hand, teaches one to become desireless, which is not Scriptural. What God wants, then, is to take our capacity for passion, and purify and sanctify it through the Holy Spirit so that it comes alive in Him and for Him — intellectually, emotionally and socially.

What is the fire of the Holy Spirit like? It endures; it’s not a flash fire. Nor is it wildfire; it doesn’t jerk you around but is orderly and proper. Finally, it’s purifying. One wonders, then, what these characters’ lives might have been had they come alive for God.